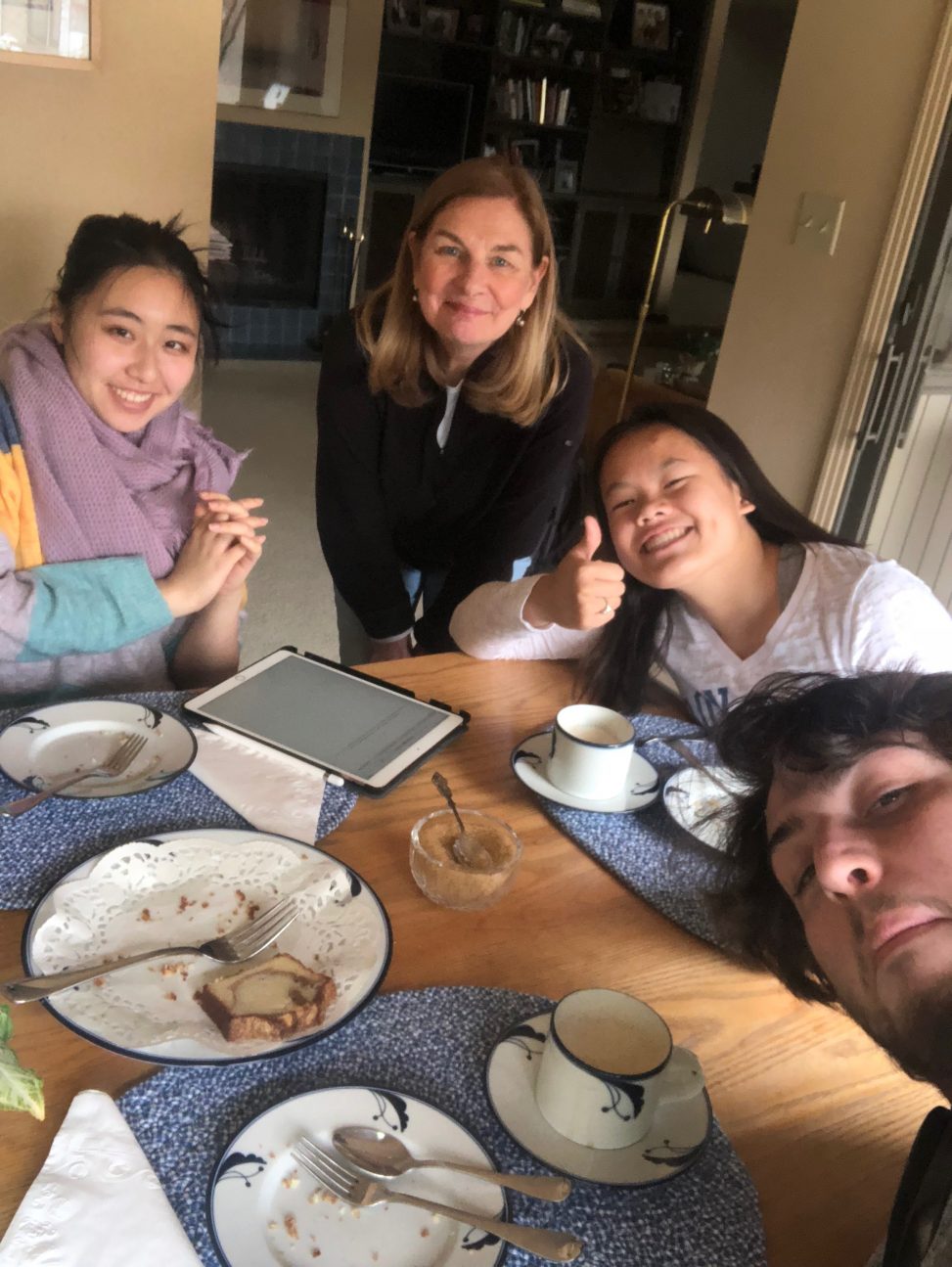 We are working on a project in which we collaborate with an older member of the community to create an assistive device that will make some aspect of this person’s life easier. We met with our older person, Kathy, on Sunday 3/24 at 11 am at Kathy’s home to become acquainted with each other and brainstorm potential project ideas. Unfortunately, we had to have 2 additional meetings with Kathy to further flush out a viable project idea.

A blanket with newly-punched holes.

After meeting with Kathy 3 times, once on campus and twice at her home, it became apparent that there were no major difficulties in her life that we could potentially fix. We had issues with each project idea that was considered. One option was to create an automated cloth blanket formatter that would punch holes along the edge of the felt. Kathy felt that it inconvenienced users to have to punch the holes themselves with the tool given that it required more moving and larger tables than entirely necessary. While a perfectly plausible plan, the handling of fabrics would have posited a difficult hurdle, as cloth mechanical engineering is a monster of a problem. Another plan we thought up was an automated jar opener. However, as many of these were out on the market and the parts of the opener would be difficult to mechanically achieve, we vetoed this idea as well. Lastly, we noticed that she had trouble pulling pots and pans from the back of her cabinets. She would have to get on her knees and pull pans out on the counter in order to use the less-common pans, which inconveniences her. Ultimately, the fix for this problem falls under the work of a carpenter, and carpentry is not the purpose of this class.

After much discussion and deliberation we settled upon the idea of an automated light switch on a timer. Of all the ideas that were discussed many were either unsuitable for this project or would not have been of any use to Kathy. She mentioned that since she lives in a two-story house and resides mostly on the second story, it is inconvenient for her to turn on her downstairs porch light, send her guests off from her upstairs window, and then go downstairs to turn off the lights again. In this case, either a remote-controlled or timed switch for a light would definitely help her combat this annoyance, and would fit within the bounds of what we are able to do. 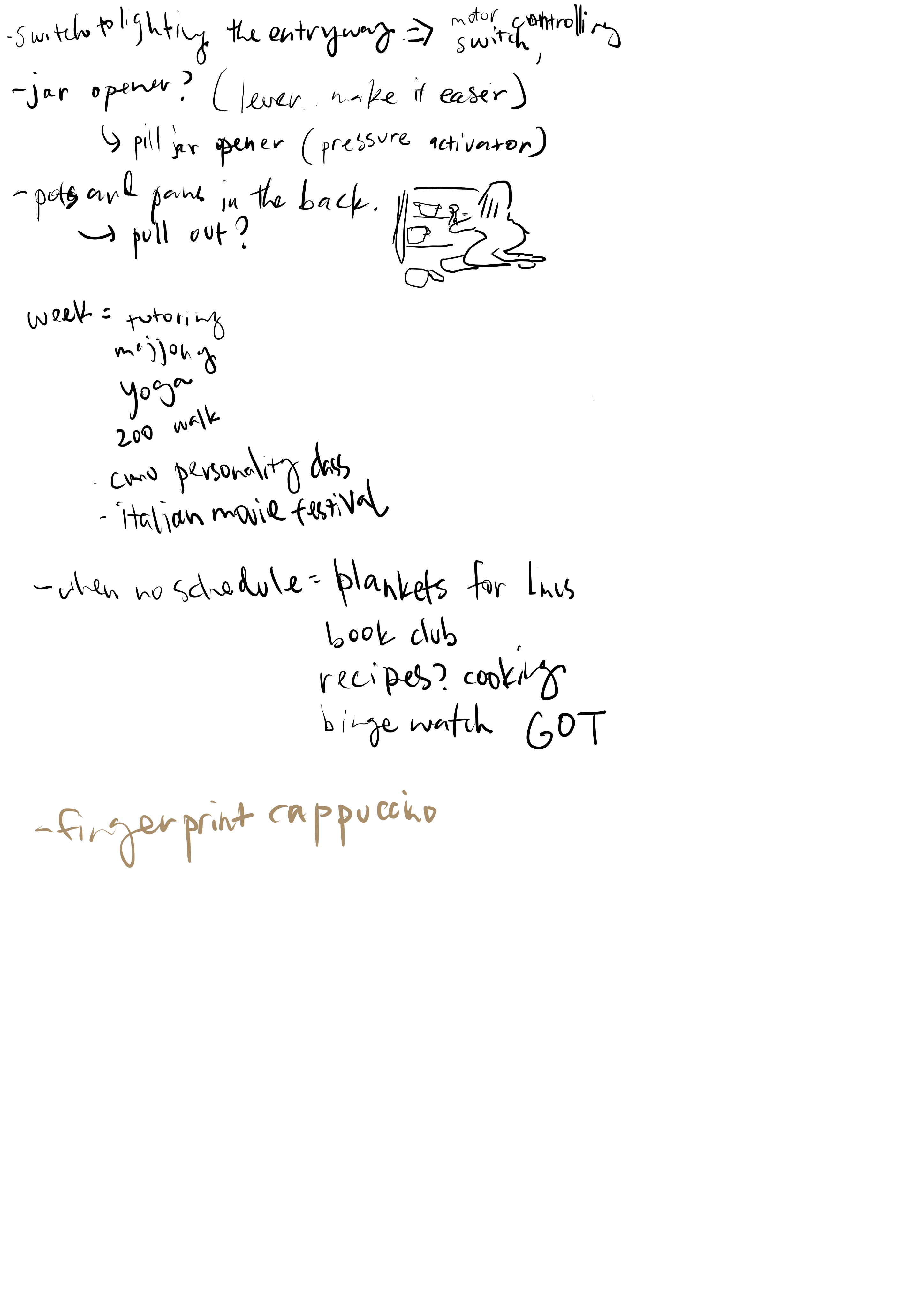