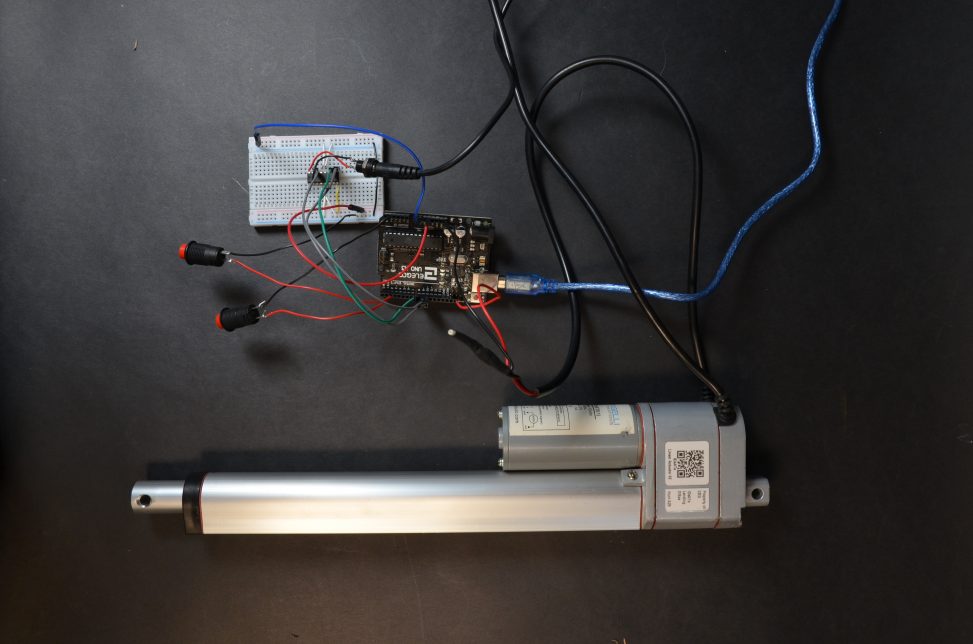 With our meetings with Mark, we discussed what he would want or what he would benefit from the most. Mark enjoys to spend time in his kitchen and although he is in the process of making alterations to better fit his needs, something that he needs more help with is his oven. The criteria that Mark set out for us is that he needs something to put his baking trays on and off of/ in or out of the oven while also supporting the weight. Additional factors would be mobility and to be able to set it on top of a side table he has within his kitchen.

For the physical prototype we built something that would represent the form of the product as it needed to be a shape that would be able to fit under his over door while it was open, while also providing the height it needed to slide the baking trays on and off onto the oven trays. 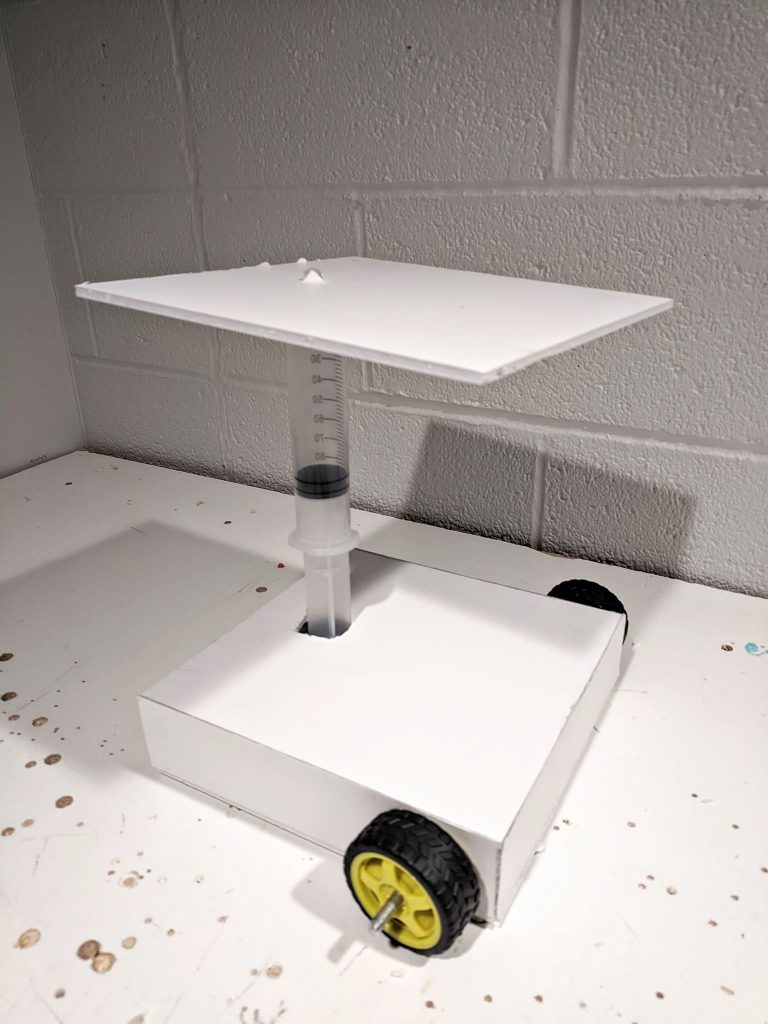 Also has wheels to allow movement, there will be 4 on each corner. Do not yet know where it will stick out on sides or from the bottom.

Here is a video of if working more as a “looks like” prototype with it going up and down. 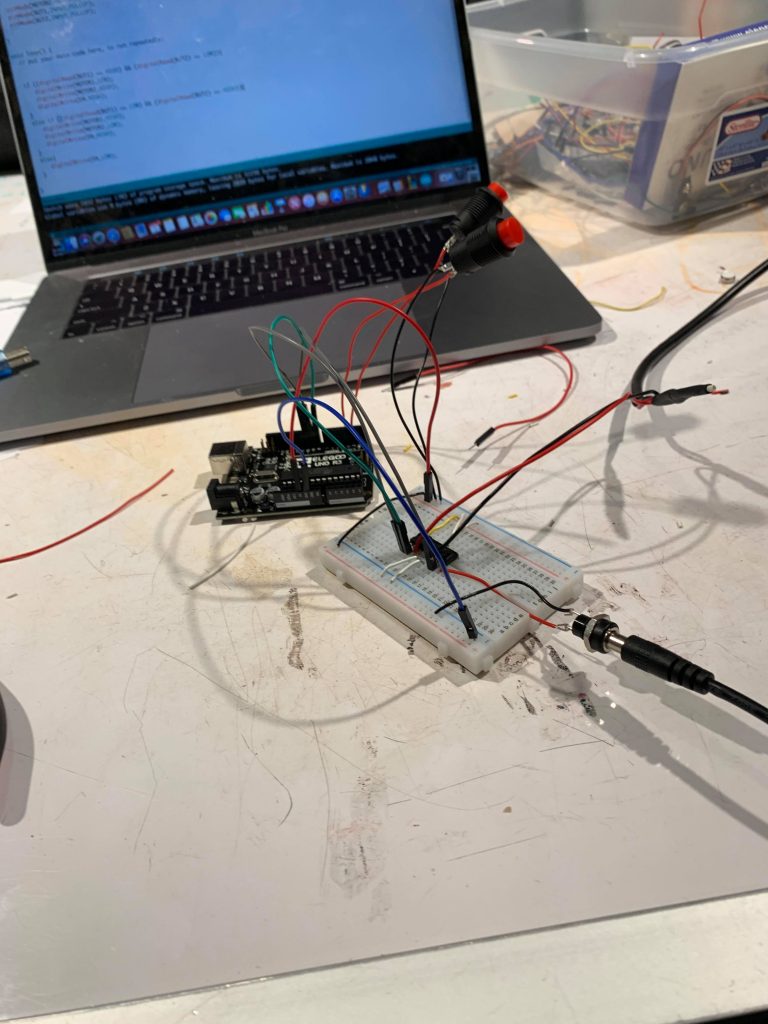 Wiring and coding the linear actuator with two buttons 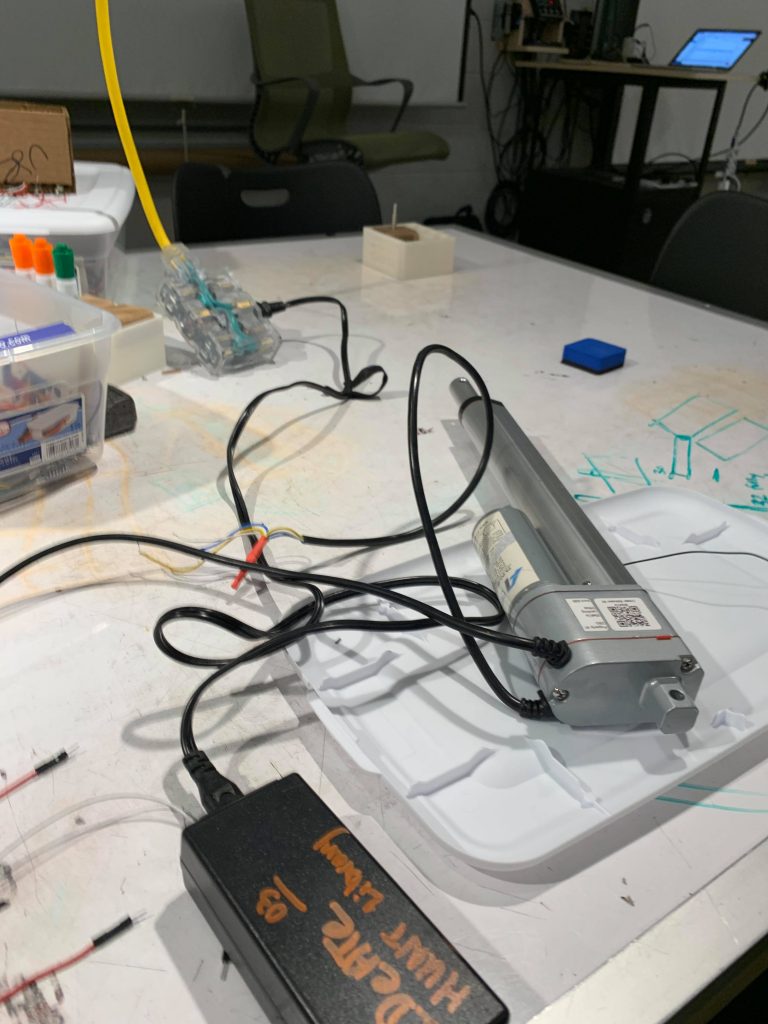 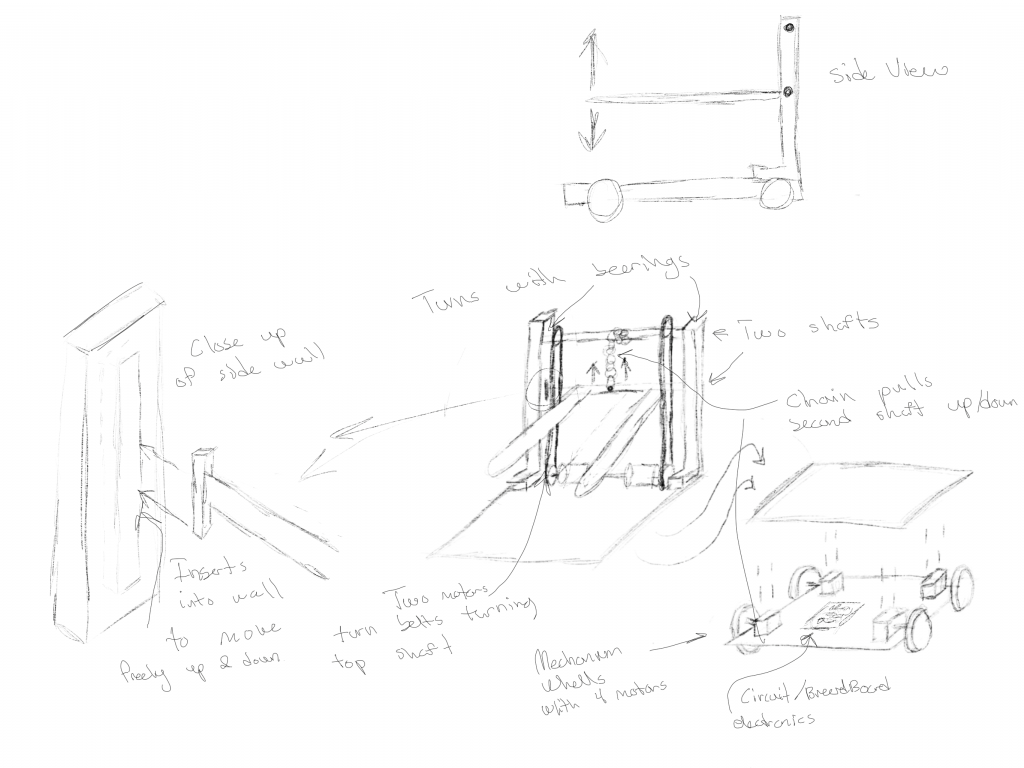 Drawings of how the linear actuator may work and the wheels 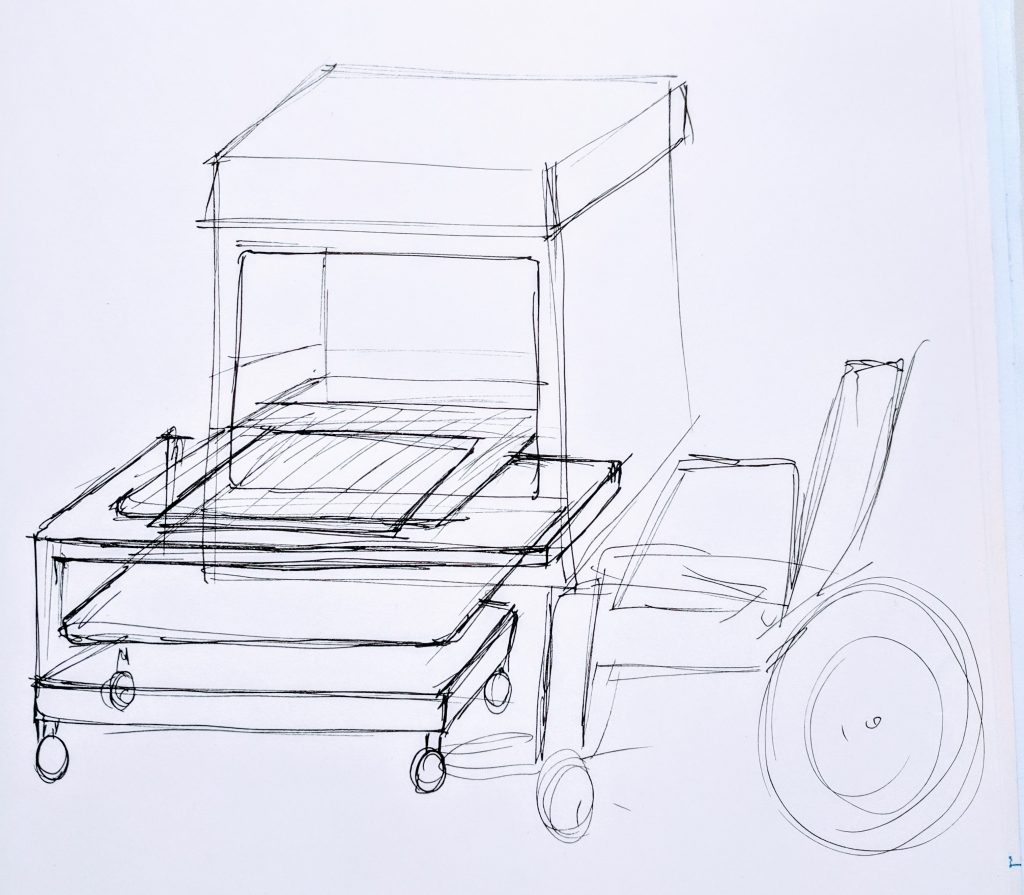 Rough sketch of marks wheelchair comparative to the oven and device 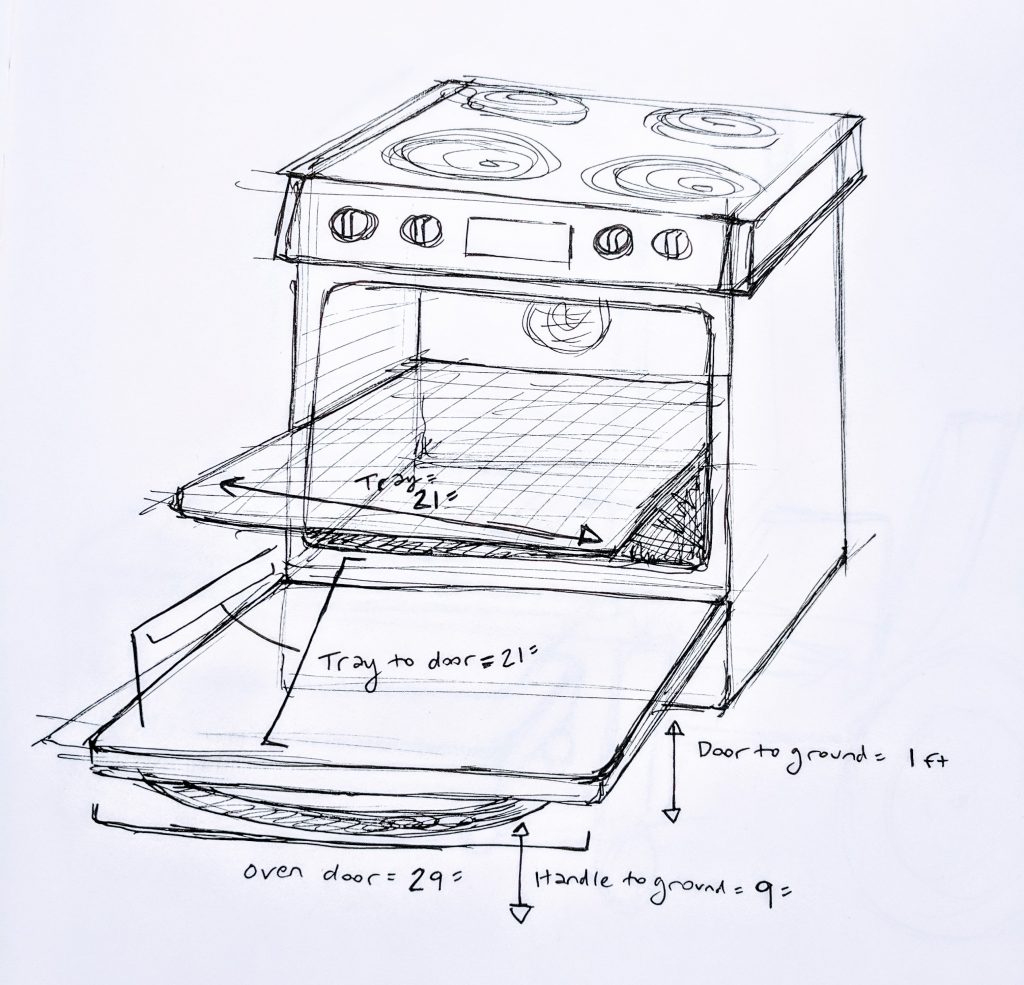 Measurements of the oven to make sure of physical prototype 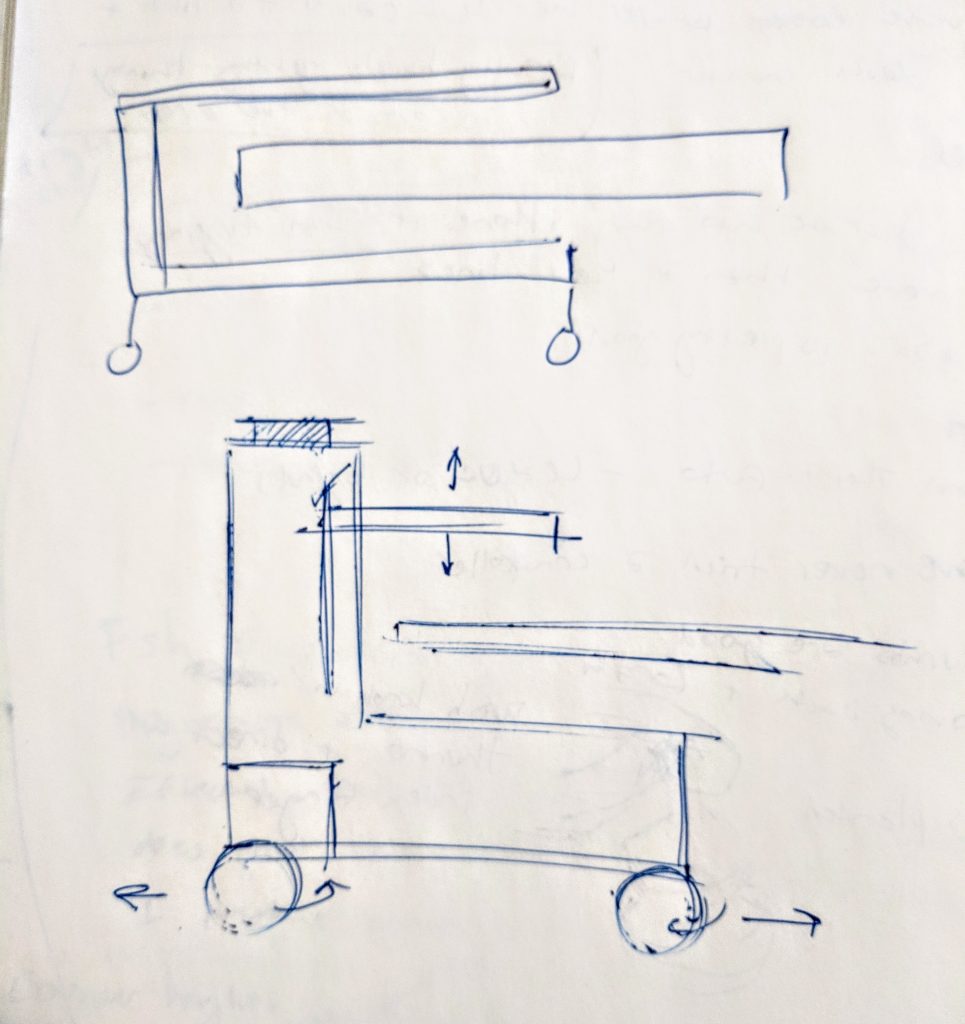 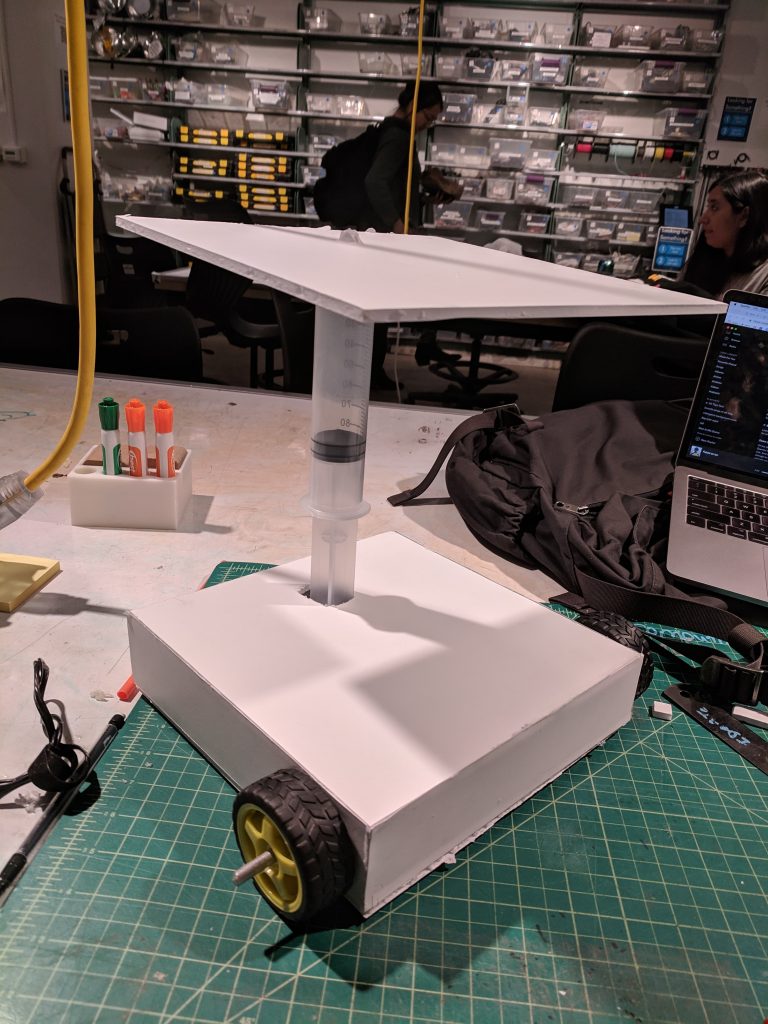 Modeling out of foam core and other components. 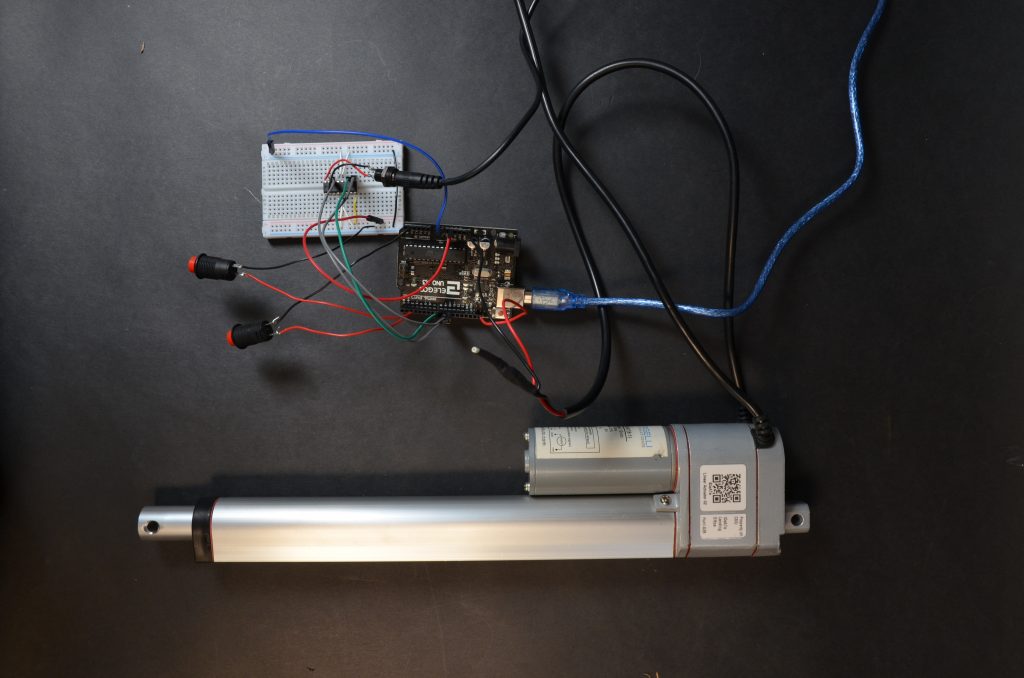 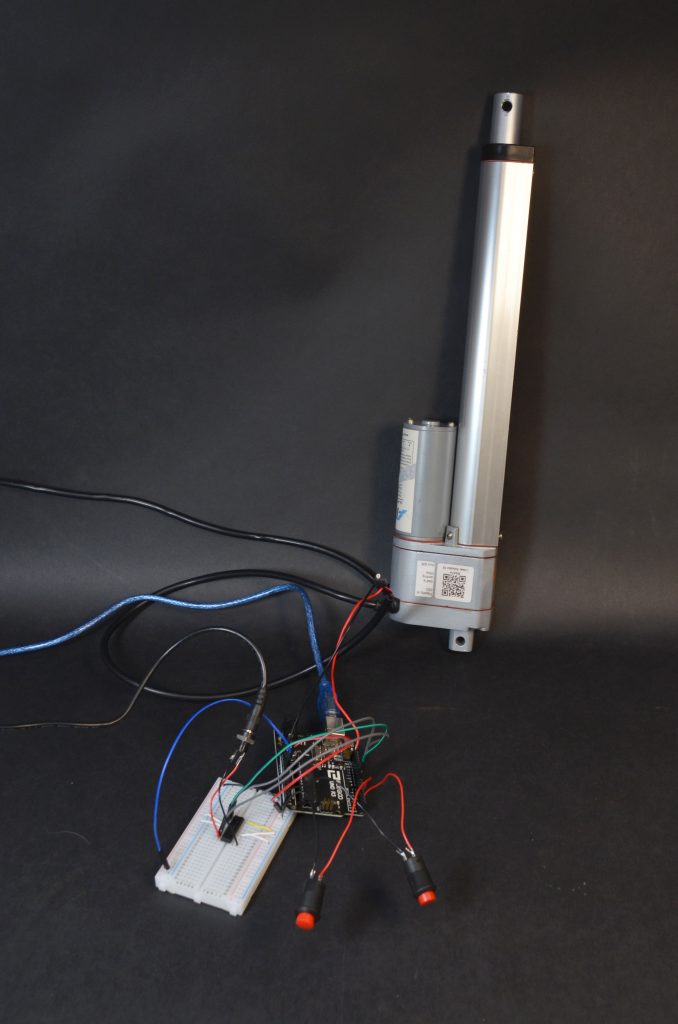 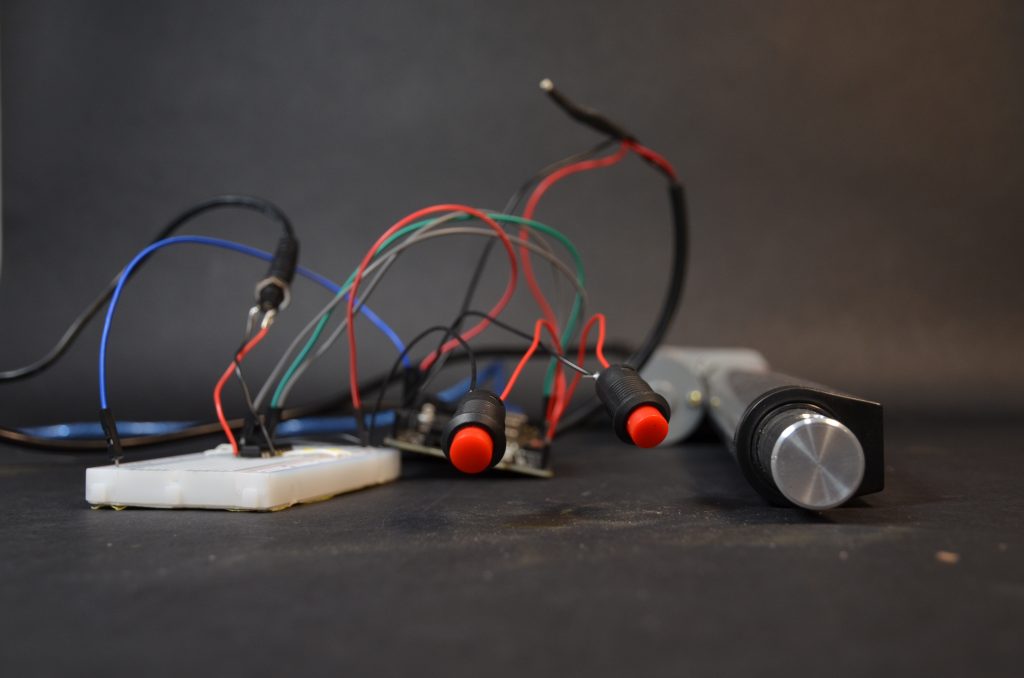 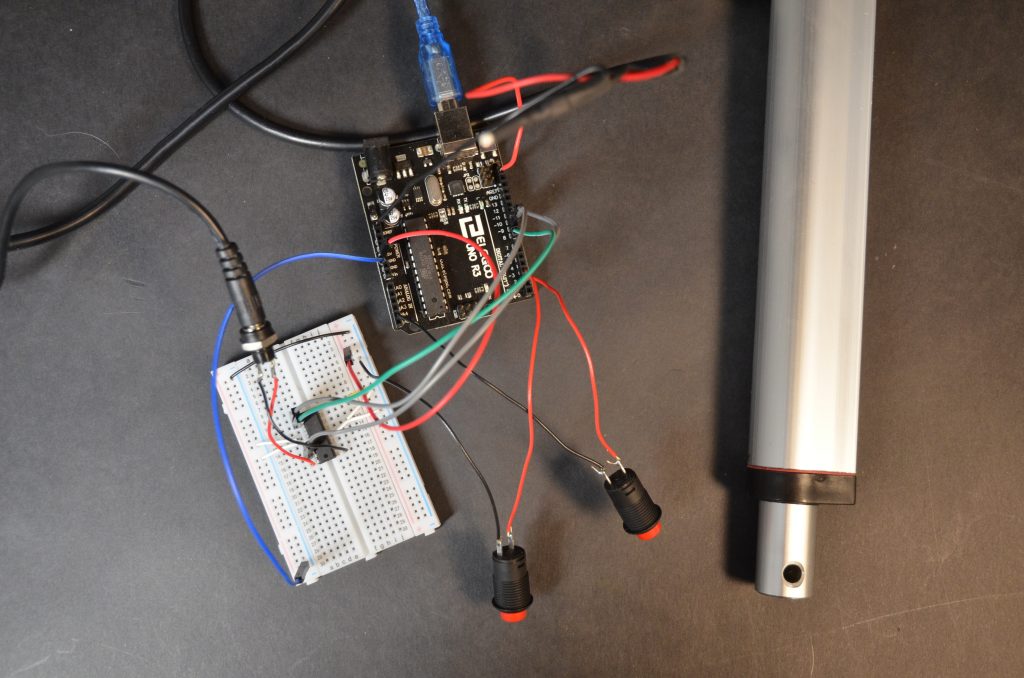 A challenge that we ran into while prototyping was discussing, should we simply build a prototype that looks like or have a scale for it? Through this there were certain measurements that needed to be looked back upon and other design considerations needed to be made so we went without having to do it by scale. Another challenge was also trying to find something to imitate the movement we were looking for while also maintaining the shape we wanted. For the wiring part, it was a bit difficult to handle the different voltage for the actuator.

When presenting the idea and prototype to Mark, Mark was glad that he could imagine it actually working for him. During the discussion, Mark brought up the same points that we were discussing such as material and mobility of the device. Also, the tray design was a factor that Mark was invested on.

In the beginning of the talk, we had all agreed on having the device be mobile on omni-directional wheels, and having the device be made out of some sort of metal or heat-resistant material to be sturdy. A point that we discussed a lot about was the tray part of the device, in whether it should have sides or not. At first, we discussed why sides might be more good than bad, but Mark had inputed he wished there to be no sides at all. So we discussed further, and decided to lead towards the direction of having a platform that wont slide of when needed to. This input helped us greatly into moving to a different design thinking that was more suitable for Mark, rather than just one of our ideas.

We plan on researching about more material as well as implementing Marks comments on mobility and having a surface that wont allow the tray to slip off. This will require to explore more about the form of the tray portion of the device. Another factor that we are thinking about is what kind of handle it should have along with the placement of various things such as controls on the body of the device. For future plans, more sketching and communication with Mark will be involved as well as another home visit to finalize dimensions so that we can think more about what materials would fit best for this device. Along with this, we ordered a part(a longer linear actuator), which will be considered within the sketches/dimensions as well.