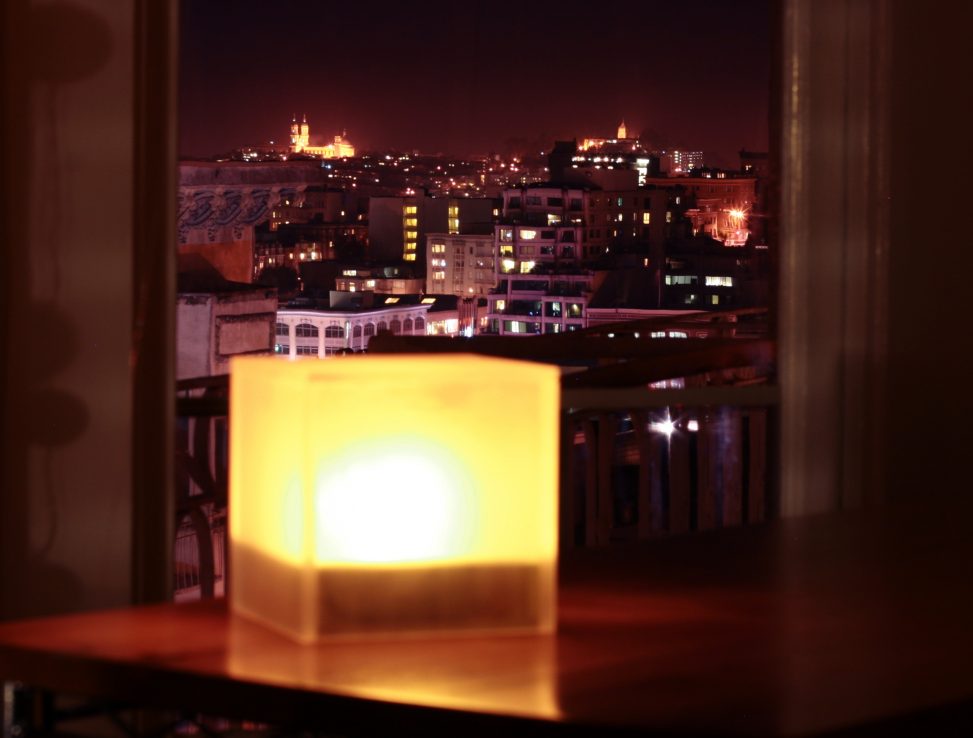 Twitter Mood Light – the World’s Mood in a Box

Short Description: This work is basically a box which uses twitter to find out the world’s collective mood, and then changes color to reflect that mood. The Arduino connects to a wireless network via a WiFly module, constantly searches Twitter for tweets with emotional content, collates the tweets for each emotion, and then changes the color of the LED to represent the current world mood. Red = anger, yellow = happy, pink = love, white = fear, green = envy, orange = surprise, and blue = sadness. If a sudden high number of tweets of a particular emotion are found, then the LED flashes to alert us of the possibility of a world event that has caused this surge of emotional reactions.

Response: Though I am not sure how accurate this box can be in doing in what it says it does, I dont really mind. I think it’s a romantic and neat little idea to be able to find out what the average mood of people all around the world is, and a good way to see right away when something has happened in the world. The cool thing about this is also that it doubles as a somewhat nicely designed lamp. Another interesting thing is that while looking at the comments I realized this project is actually over 6 years old. To me it feels like a project that is recent and still relevant, which is cool.