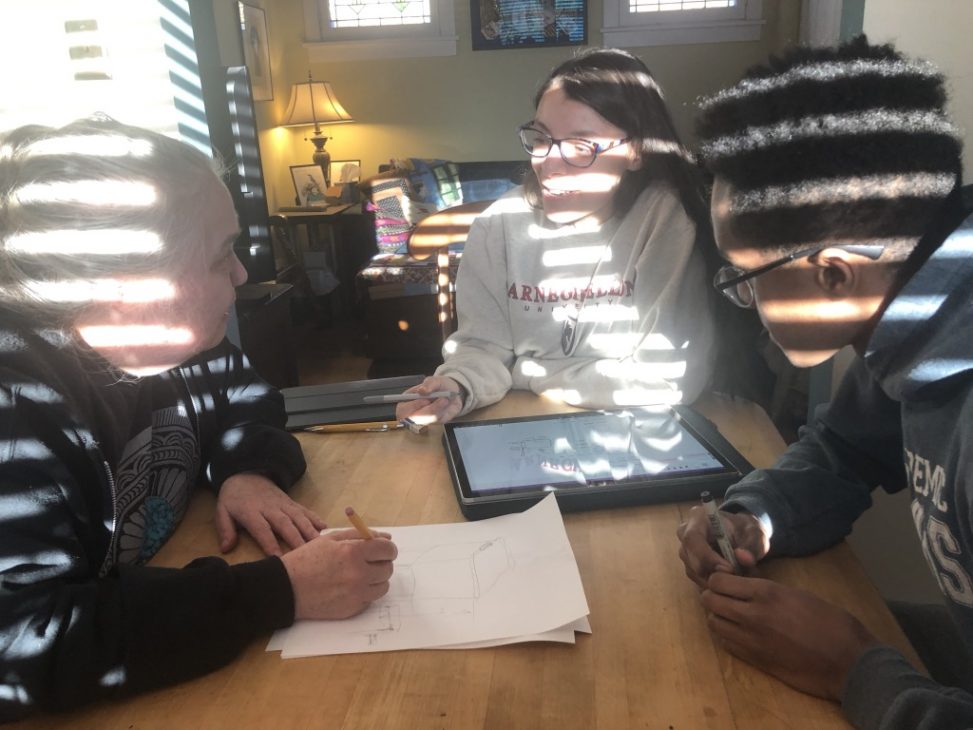 Introduction: A useful Implement for an Older Person

The purpose of this meeting, and more importantly the project, is to interview an older person to gauge their lifestyle and habits in the hopes to create something using an arduino that will better a part of their life. Our team, George, Enock, and Yael interviewed Emily, an older person living in the Southside of Pittsburgh. This interview took place March 22nd, 2019 and we asked about her history and current life. The documentation details our interview with her.

Before meeting with Emily we devised a small plan for the interview that would guide the conversation. We intended on asking a few guiding questions and seeing where those would lead, hoping that it would brew into a full fledged conversation.

As we approached Emily’s home, our Uber driver told us about the surrounding neighborhood. He mentioned how this area is known for parties and isn’t the safest. As we got out onto the street in front of her gate, we noticed a few teenagers loitering outside. They left when they saw her open the door.

After some introductions, we sat in her dining space and she told us a little more about herself. We found out that she is very confident technology. She plays Minecraft with her son and even read through the entire course website before our meeting. She also had a lot of sophisticated ideas for projects that could benefit her lifestyle. 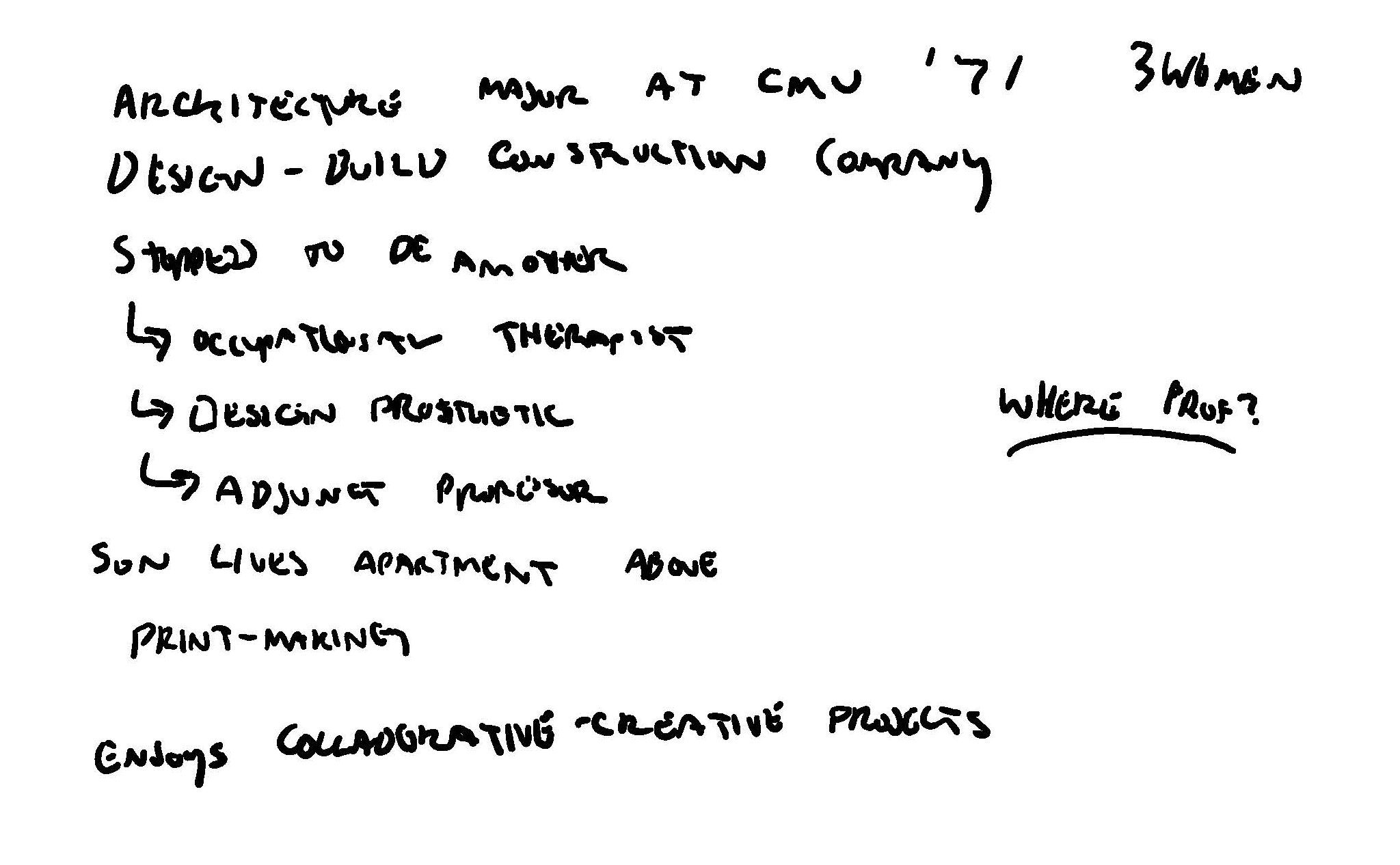 “Related to son?” is not doubting family relations, but considering if the project could benefit him as well.

She began by telling us about her usual day and the problems she has, as well as her proposed solutions. 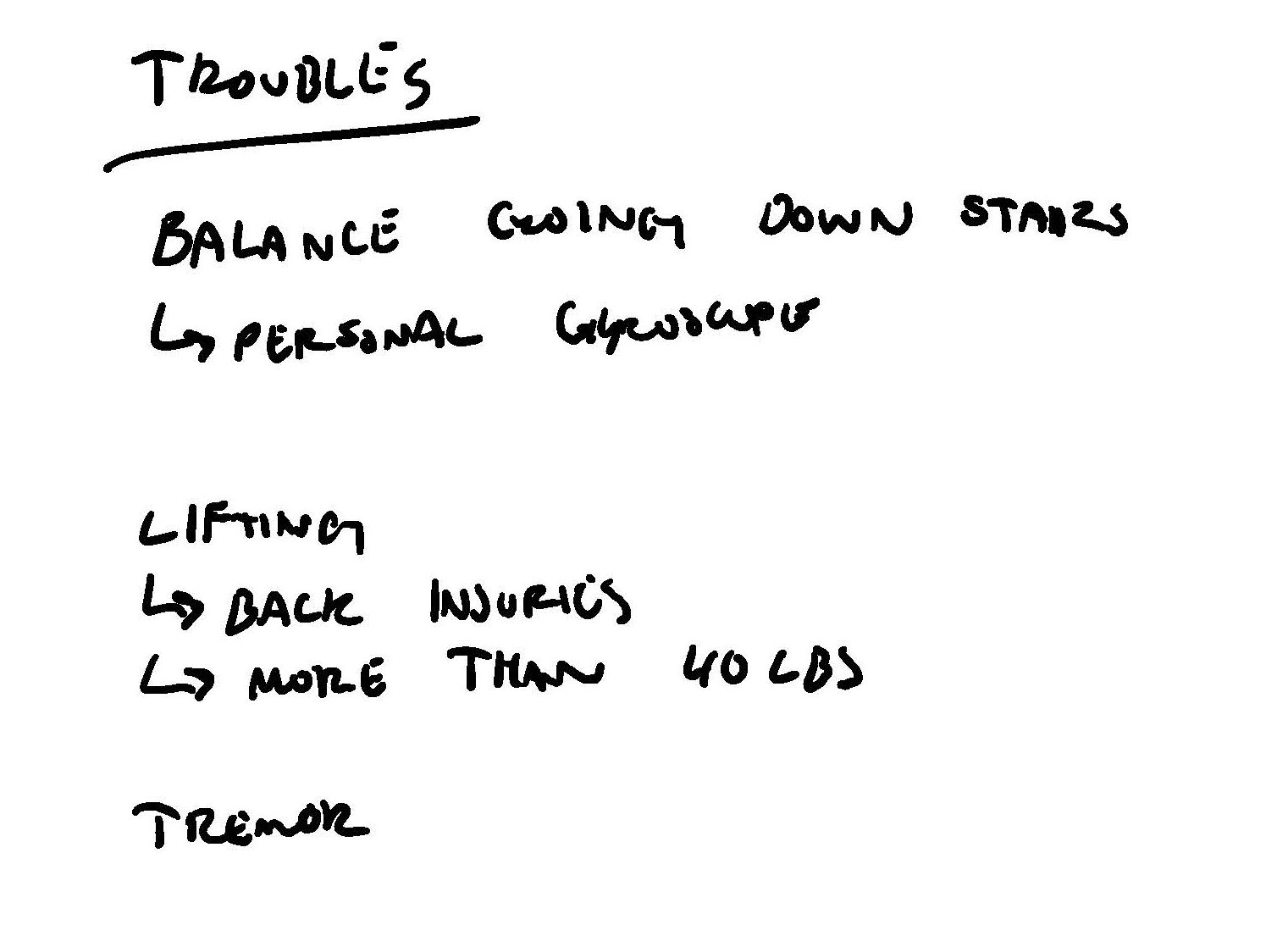 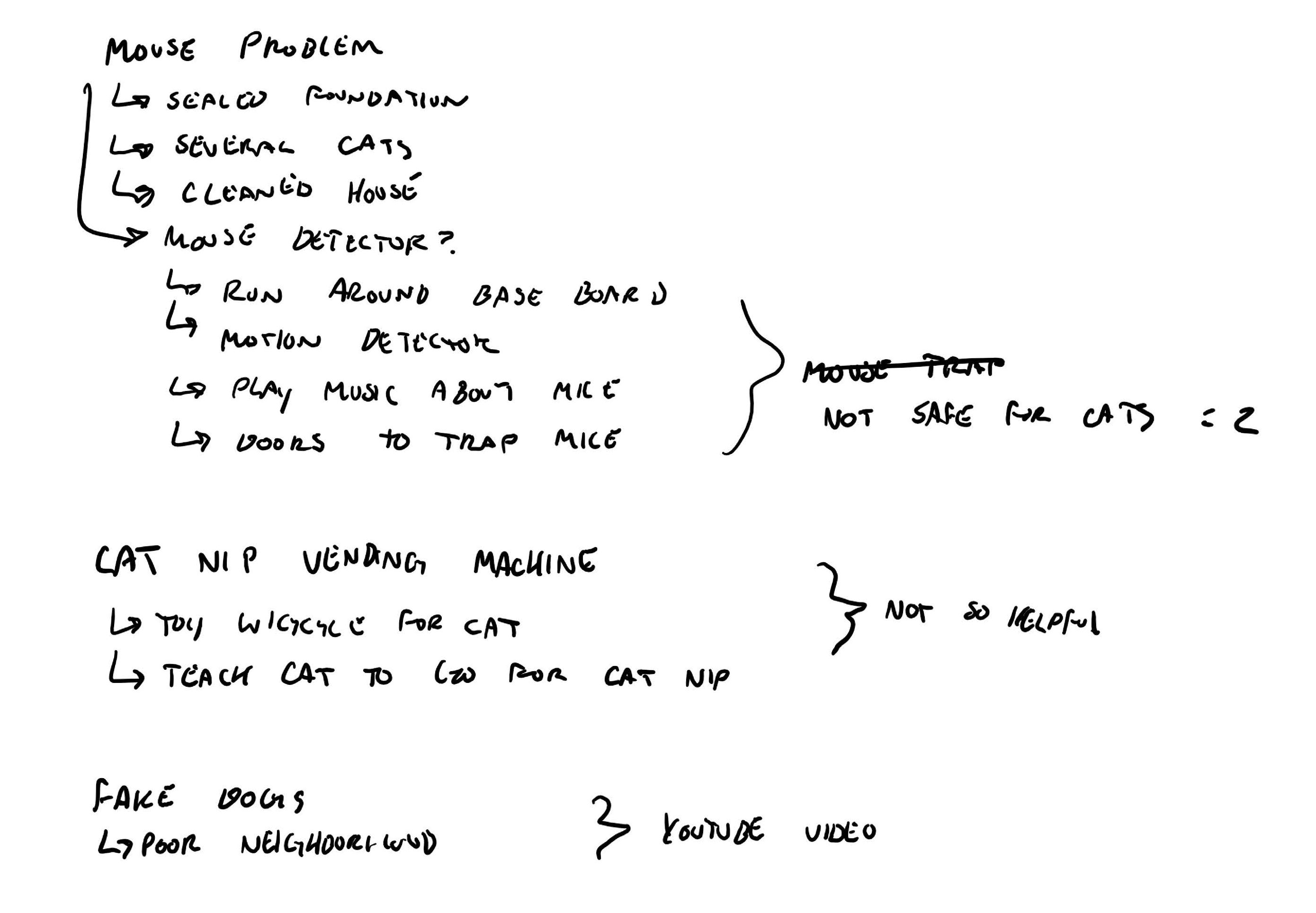 As she told us about her problems, our group discussed solutions for each but didn’t feel so confident about how interesting or special they could be. We pushed away from her brainstormed ideas and discussed her day to day life. Suddenly she mentioned how she often gets a call or text from her son during the day to bring in his packages or check for packages on the porch because teenagers in the neighborhood like to steal them. This intrigued us. It could be a solution for her package problem and it could also help her son. As well, if we loft the package safe box, the gadget will double as a safe box and a place to put her groceries, which will also help with her lifting difficulties.

We eagerly began brainstorming and discussing difficulties that may arise during design. 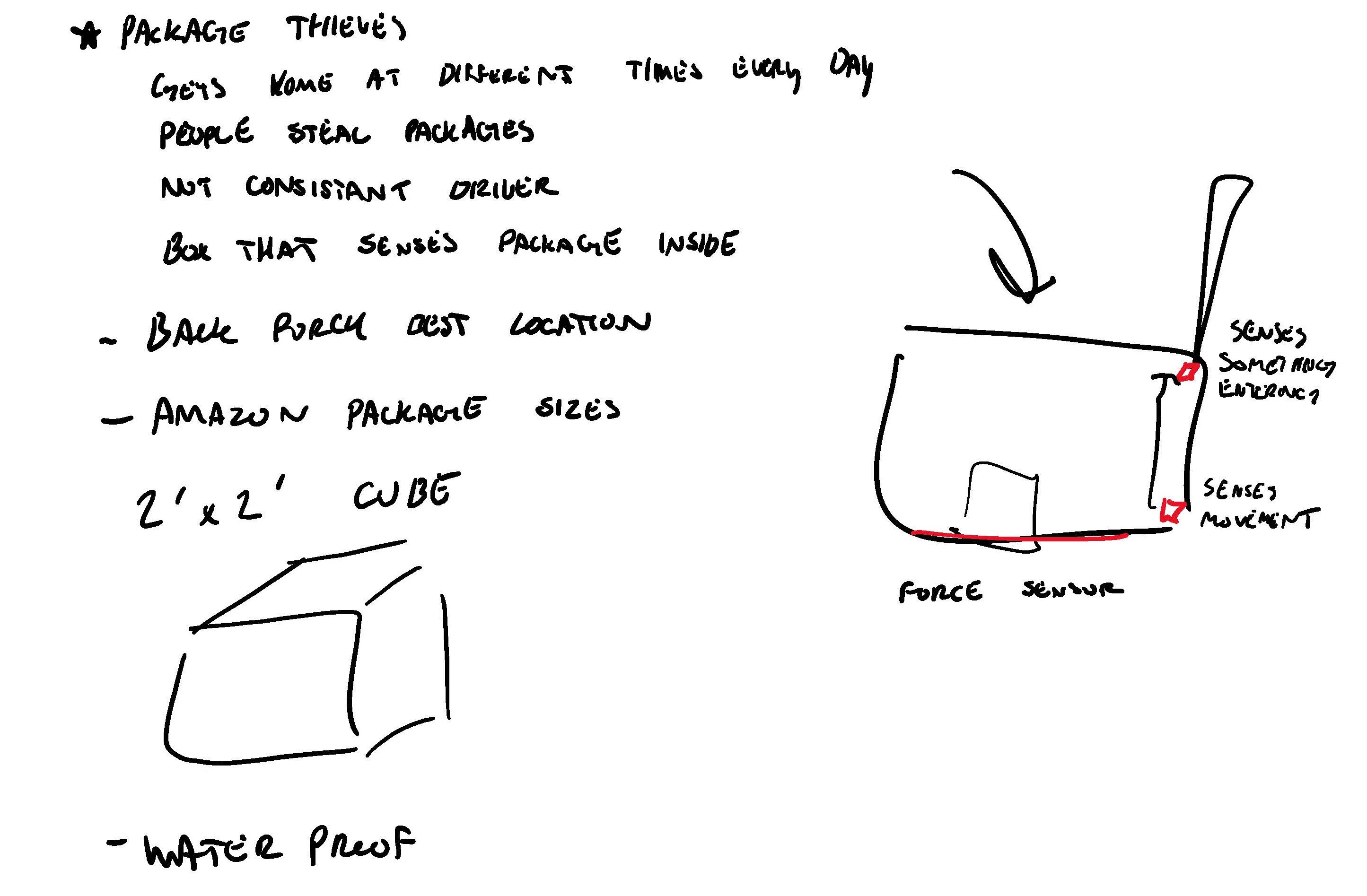 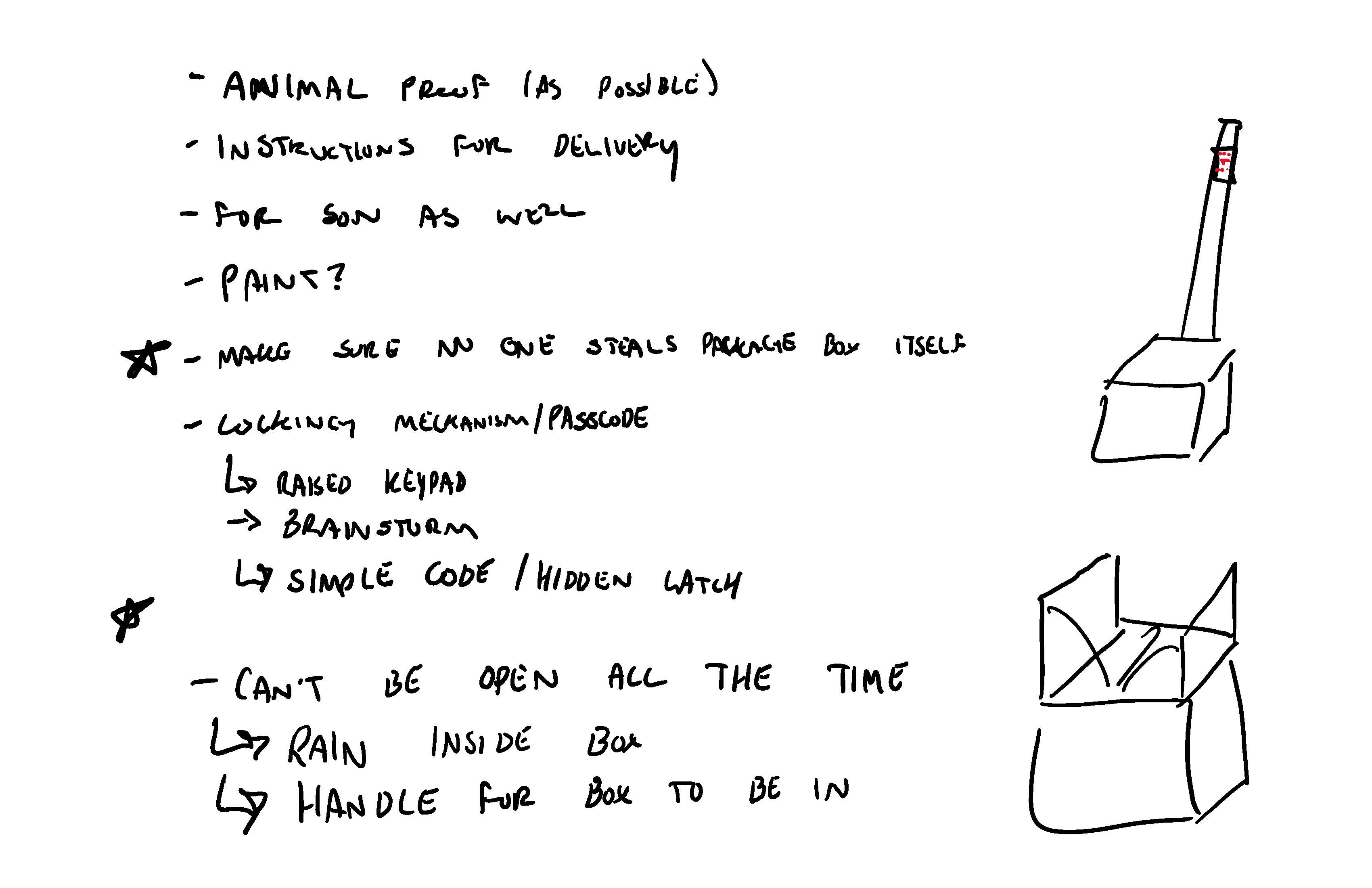 Throughout our interview with Emily, we discussed many possible project ideas designed to aid in her daily life with varying degree.

While intriguing, our initial ideas where out of scope of the project. For example, one promising idea stemmed from Emily’s observation that she had trouble balancing when walking down the stairs. To combat this, she envisioned a gyroscope device which could sense when she was off balance and move her back on track. However, while such a device would undoubtable be very useful for her, the project would have been out of scope for our course because of the difficulty of designing a counterbalance device capable of balancing a person with our limited experience and tools we have access to. Another idea proposed was a catnip vending machine for Emily’s cats. The device would be fully interact-able, with her cat pulling on a rope to release a snack from the vending machine. However, we quickly found this idea was sub-optimal due to two primary realizations: 1) The device would be designed with Emily’s cats in mind instead of her, 2) The device would not be directly relevant to our course because it could be created entirely without hardware and circuits.

Following this initial discussion, Emily raised a point regarding packages being stolen from her porch. We learned there was a school bus stop near her home and on many days the school students would steal packages on their way home from the stop. We also found that this issue was exacerbated by package handlers occasionally carelessly tossing packages in her yard instead of her porch, making it easier for the thieves to take. Emily thought it would be great if there were a sort of ‘smart bin’ which could detect when a package handler was going to drop off a package and lock as soon as the package was dropped in the bin. This bin would further be animal-proof (it would not lock if an animal happened to get inside rather than a package), and water proof (it would keep the package safe from raim).  Moreover, Emily described having problems with her back, and bending over for long periods of time, so designing the ‘smart bin’ would have to be done with this in mind to ultimately make it as easy as possible for her to use. 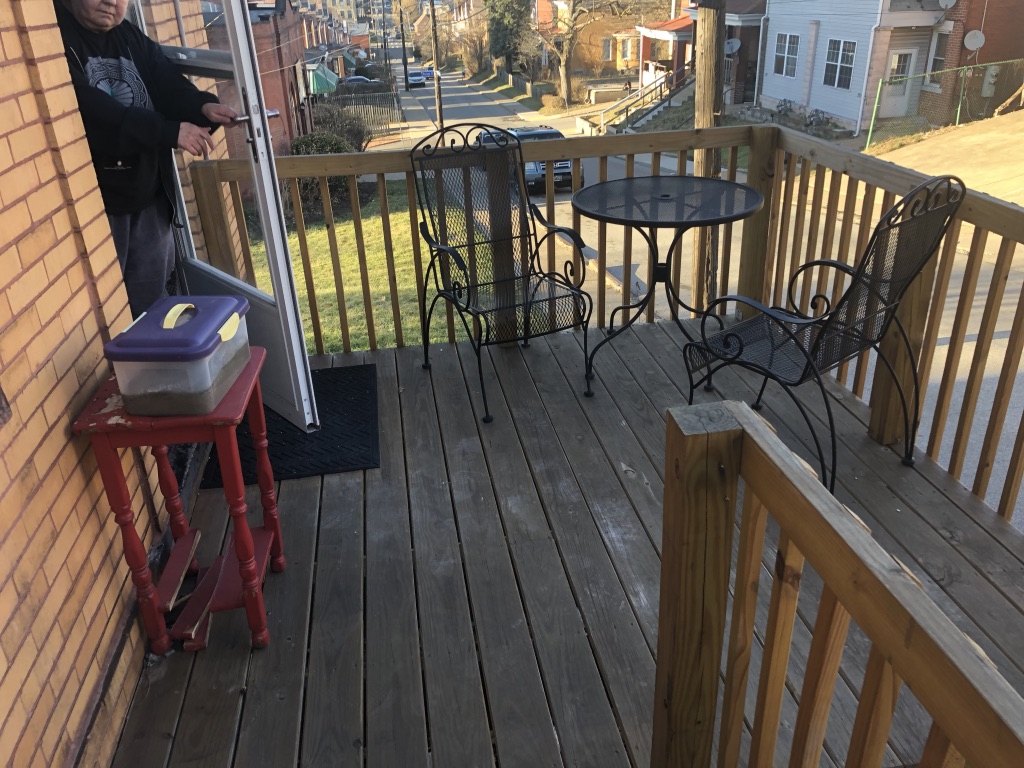 Emily’s porch, where packages are delivered and sometime stolen 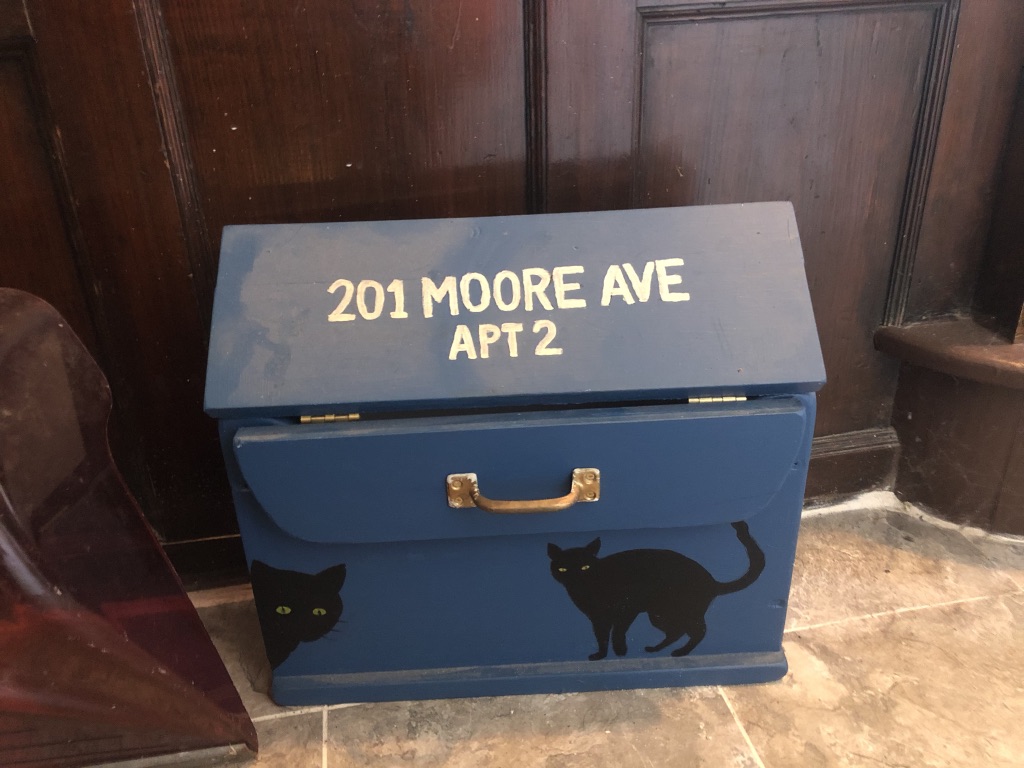 An example of the type of top our ‘smart bin’ could have. Such a top would keep the package safe from rain 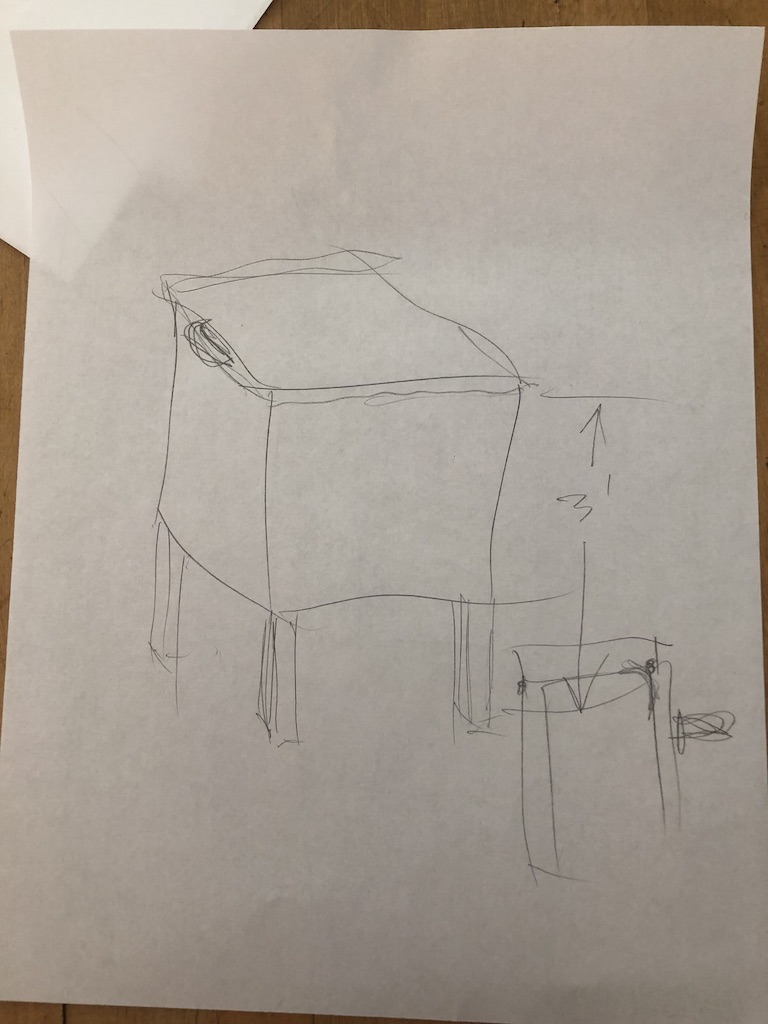 A high level design example of the ‘smart box’. It would be raised on stilts to make it easier for Emily to use

From these ideas and observations, we ultimately decided designing an anti-thief package device was the most promising and useful project to undertake among the ideas thrown around. The project not only satisfied the project criterion, but it also would present several challenges: the device must be easy for Emily to use and easily configurable, it must be ‘smart’ to not only lock once a package has been placed inside it but also not lock if an animal jumped into it, it had to be weather resistant, and most of all be thief-resistant. There are many different ways to tackle these problems, for instance we could raise the device on stilts so that Emily wouldn’t have to bend over to pick up a package, and we are excited to begin exploring practical yet thoughtful solutions.