due date: Monday, Mar. 15th at the start of class 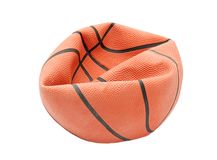 (image from the apparently dearly departed clipart.guru which used to be a family-friendly image sharing site)

In basketball, it’s possible to score one, two, or three points at a time. You and your friends want an easy scorekeeping system which is designed to tally the number of points that your team has.

“If the other team sees this awesome system,” you think, “they will be so intimidated by how clever we are at building things that they’ll become terrible at basketball.”

Your clever scoring system will consist of four buttons (described below), three indicator LEDs, and Serial feedback that specifies the Arduino’s internal timer, the last type of basket made, and the current score.

The buttons should be wired using the INPUT_PULLUP pin mode (which will save you a resistor). Their roles are:

Here is an example interaction, to illustrate the intended outcome: shortly after the Arduino turns on, the user holds down the “reset” button for a bit longer than one second, and the Serial feedback reads:

Then, about 10 seconds after the Arduino turns on, the user pushes the three point button. The red LED lights for two seconds, and the Arduino sends a new line of text so that the complete Serial feedback now reads:

→ Note that Serial feedback is only sent when a button is pushed. It is not sent once per second, etc. ←

If, about 20 seconds after the Arduino was turned on, the user were to then push the two point button: the yellow LED would illuminate for one second, and the Arduino would send one more line of text, so the complete Serial feedback would read:

Upload the following deliverables to this homework’s Canvas assignment:

Please shoot a quick(ish) video with the following things in the following order. You can do it all in one take! (No need to edit separate clips together.) Upload this video to the Canvas assignment.

Capture a clear image of your breadboard and Arduino so I can see all the wiring clearly enough to compare it with your schematic and make sure they match up. Please try to ensure that the lighting is reasonably clear so I can really see what the wiring is, what resistors you’ve chosen, etc.

Be sure to include a course-standard comment block at the top of the code you submit, and use good code practice:

Limited collaboration with your colleagues is permitted. You must build your own circuit and write your own code, but you can talk with other students to get advice and reason through the problem together. You are not permitted to copy anybody else’s code (whether that person is in this class or not). You are permitted to use any internet/book/etc. resource you’d like for guidance, so long as you do not copy code verbatim from such a source. Be sure to list your sources in the “Collaboration” section of your comment block.

Here is some minimalistic code which outlines in short form how to use millis() to time a task:

Please note that you will need to implement a structure that’s not quite the same as the one shown above in order to get the LEDs to turn off with the correct timing, and a different structure to get your reset button to need to be held down for a second before working. Remember the timing graphs we drew in class to help yourself reason out the logic here!

Why do your buttons keep pressing over and over? Because once you’ve gotten rid of the delay()s in your code, those button-press detections are able to run over and over as the loop() keeps executing repeatedly. Part of the challenge of this assignment is solving this problem.

You’ll need to debounce your button presses. There’s a tutorial on that topic featuring example code, but here’s a one-sentence clue of how you might want to approach the problem: instead of detecting the current button state on each loop, detect the state change from unpressed to pressed.