Vaporwave is a musical subgenre that originated in the early 2010’s and spread throughout youth culture over the next half decade. It is characterized by the remixing of nostalgia and consumer culture into something that’s artistically surreal. Vaporwave aesthetics, or “ＡＥＳＴＨＥＴＩＣＳ” usually incorporates artifacts of obsolete computer imagery, including glitch art, VHS tapes, crude digital renderings, and cyberpunk.

Vaporwave visual culture is entrenched in digital space only. What we aim to do is to bring a visual that is usually rendered digitally into physical space, creating something digital looking through analog means. Namely we want to create a series of wireframe images and composition them together into a “room” with a vector graphics kind of appearance to it. Some of the wireframes will be simple geometric objects, like a cube or a cone, while a center piece will be a wireframe of Plato’s head. These objects will be rotated like a 3D model. What we did here was the “room” part of the experiment, where we put the viewer in a pseudo vector art like space.

How We’re Doing It

We are currently experimenting with how we want to create the “analog wireframes”. One method we try experimenting with in the video is the use of fishing wires, overexposure, and clever lighting. Our second technique that we want to experiment with involves painting a statue black then using glow paint to give it a wireframe. The rotation will then be used with a stepper motor. 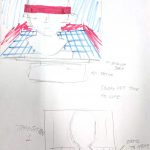 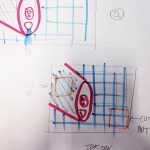 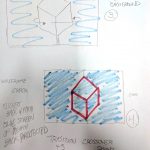 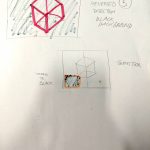 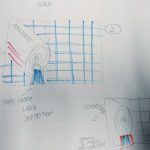 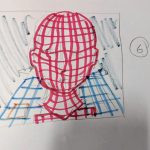 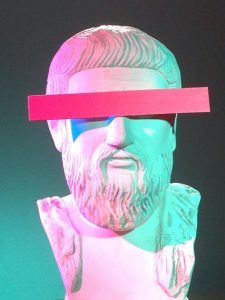 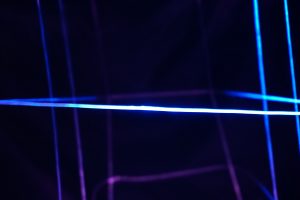 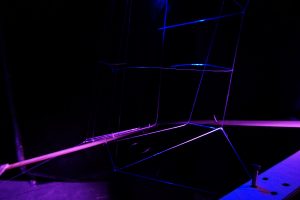 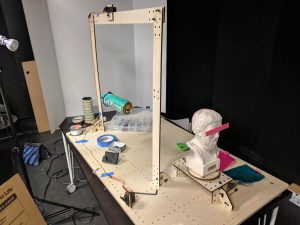