Faxtivities is a collection of drawings created by people in quarantine. To create these drawings, each participant was faxed four pages, each containing a prompt generated by an AI. The participant was asked to create a quick black-and-white drawing in response to the prompts on each of their pages and then fax the completed drawings back to me.

The project evolved from my interest in figuring out what I could do with a fax machine. In a time when many of us are stuck in our homes and trying all sorts of ways of staying in touch with each other, I thought it was an apt opportunity to experiment with a tool for communication that, in all likelihood, is near the edge of extinction. The project eventually moved beyond just faxing and began to ask a second question: what if a computer completely manages one side of the fax?

The project took influence from a couple sources:
It primarily pulls inspiration from the fax art of the 1980s (an example being the Global-Art-Fusion project by Ueli Fuchser, Andy Warhol, Joseph Beuys, and Kaii Higashiyama). Fax art was an early example of collaborative art that could be easily created and disseminated by and to parties in completely disconnected places.

The drawing prompts were influenced by two sources: Learning to Love You More, a piece created by Miranda July and Harrell Fletcher which asks its audience to respond to a list of assignments. I was also inspired by Billie Eilish Gets Interviewed by a Robot, created by Brook Linder, Taeko Masuyama, Lisa Romagnoli, and Nicole He for Vogue, a video in which Billie Eilish is interviewed using questions generated by a tweaked GPT-2 AI. Synthesizing the concepts from these pieces of work are what led to the strange mix of disparate things that became Faxtivities.

I think Faxtivities succeeded on a couple levels. While the algorithmic generation of drawing prompts is nothing new, the generation and dissemination of those prompts through fax, put the process within a novel context. Furthermore, the uncurated nature of the project (prompts were generated and sent without being checked or curated by a person) made the project stronger conceptually, but it also drew from the project’s final product a little bit. By making the prompts seen for the first time when they were received by the participant, the project gained a level of whimsy that would have been lost of the prompts were curated. On the flipside, though, some of the prompts received were relatively pedestrian (one participant received BOTH “Draw a 3D object floating” and “Draw a 3D object flying.”)

Lastly, I elected to send every person four different prompts. I made this decision because I wanted to maximize the variety of prompts sent out, but looking back at it now, I wonder if something might have been gained by sending everybody the same prompts. In the cases where prompts were hard to understand, I think it might have been interesting to see how different people interpreted the prompts differently. I think the comparisons could have added meaning to the project in terms of how different people respond differently to confusing stimuli. The ability to compare that was unfortunately lost in the the choice to give everybody different prompts.

On a technical level, I didn’t write my prompt selection code to filter out prompts lifted directly from the training set, so a couple of the training set prompts ended up in the set that got sent out.

The received drawings, each row drawn by one participant. 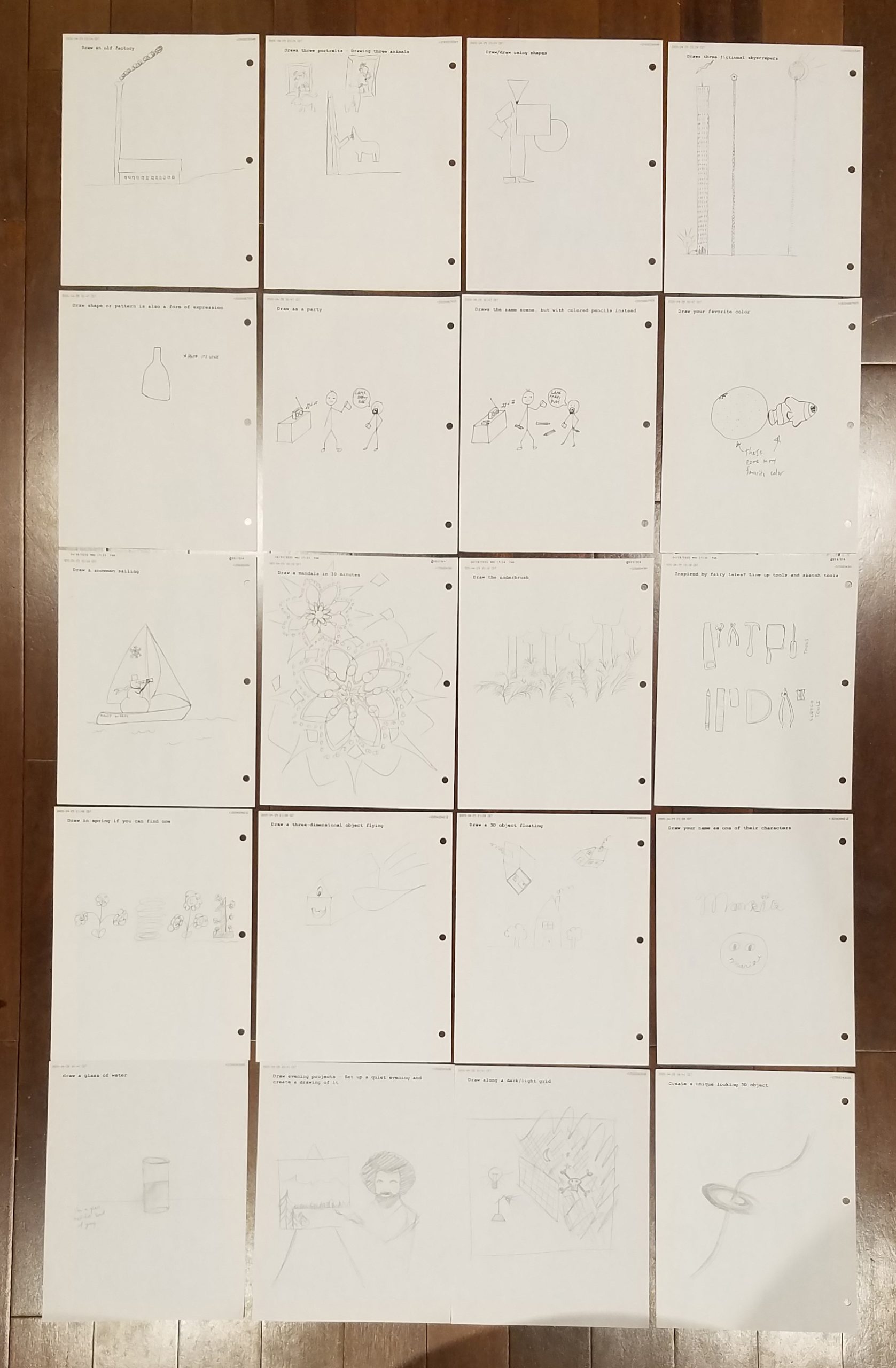 all of the received faxes laid out on the floor

A PDF of all the received faxes can be viewed here.

The piece went through a number of conceptual changes before any work was done on implementing it. Originally conceived as handwritten prompts designed to be faxed to the participants on a daily basis. As the project evolved to become more computationally heavy, as it started involving AIs and code-driven dissemination of faxes, the writing of the prompts changed from handwritten to typed, and as time began running out, the dissemination of the prompts moved from a daily output of a prompt for a couple weeks (the original intention), to the output of four prompts per participant on demand.

When I finally settled on the idea of generating drawing prompts with an AI (originally prompts were supposed to encompass a wide range of activities, but it proved more successful to train an AI on a single, specific type of task) and sending them through fax without looking at the prompts, I had to look at a number of tools to do this. I ended up finding a really straightforward and useful Colab notebook for tweaking a GPT-2 model written by Max Woolf. I then created a training set of 525 drawing prompts, pulled from a number of drawing prompt web-pages. After training the smallest model on the sample prompts, I downloaded a file containing 100 generated prompts.

I made two Python scripts to deal with the faxing. One generated the pages with the prompts in an HTML format, four for each participant involved, by selecting random prompts from the 100 generated prompts. (I found a really nice library for Python for generating HTML files called dominate).
The second script, given a phone number and the name of the participant, sent the prompts generated by the previous script to the participant over fax using a service called Phaxio, which also has a nice Python library, in addition to libraries for a number of other languages.

When I received faxes back from the participants I scanned the faxes.

This project started out with the idea of using a fax machine to capture people’s experiences in quarantine. It’s shifted a little bit, so the direction I’m taking it now is to fax people a daily task that is generated by an AI. To generate these tasks, I’m using GPT-2.

So far, I’ve trained a GPT-2 algorithm off of a dataset of 101 sample questions I wrote. So far, I’ve experimented with a number of variables to try to tweak the text generator, but it’s only spitting out questions directly from the source material. 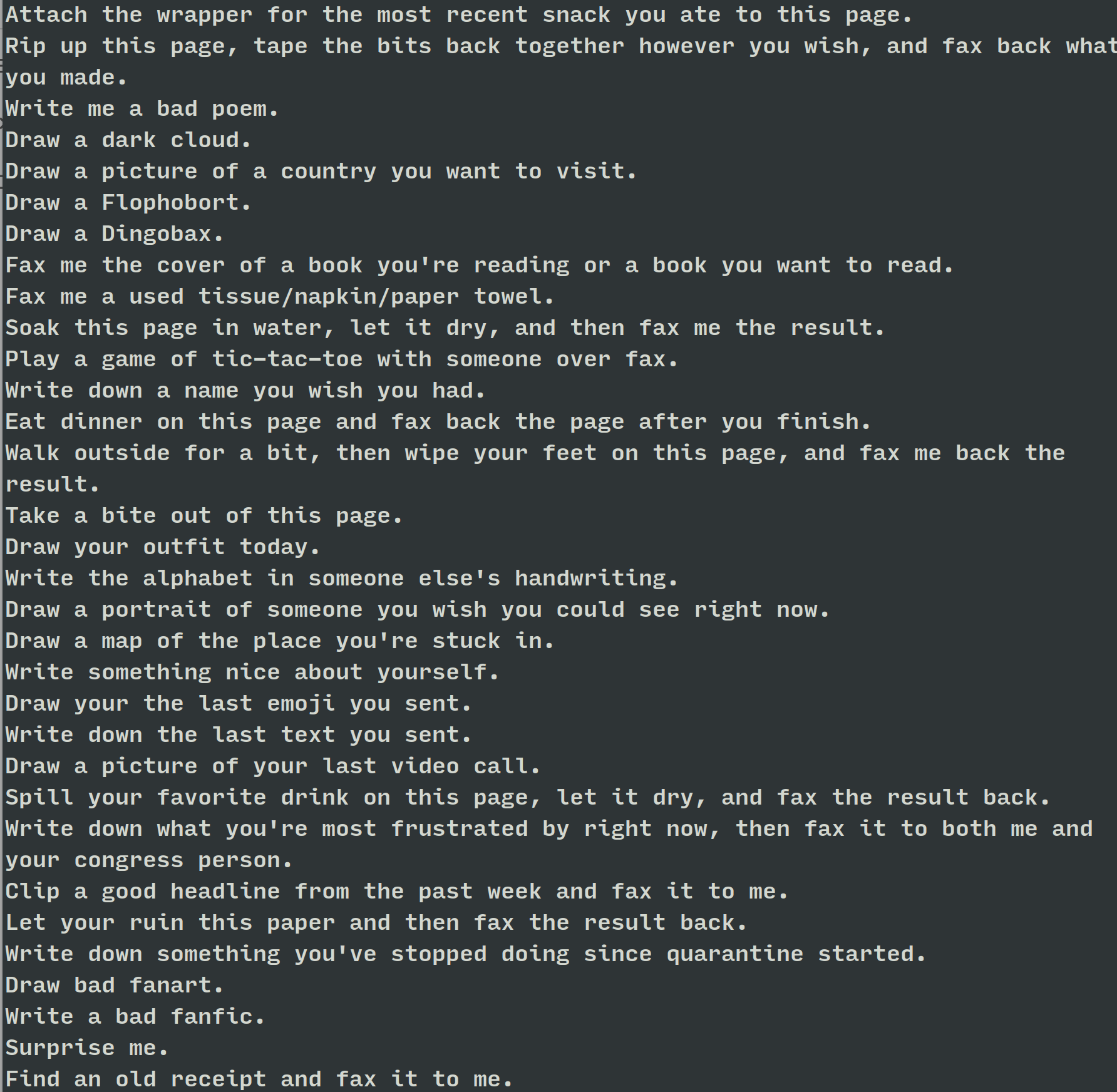 a subsection of the sample questions I wrote. 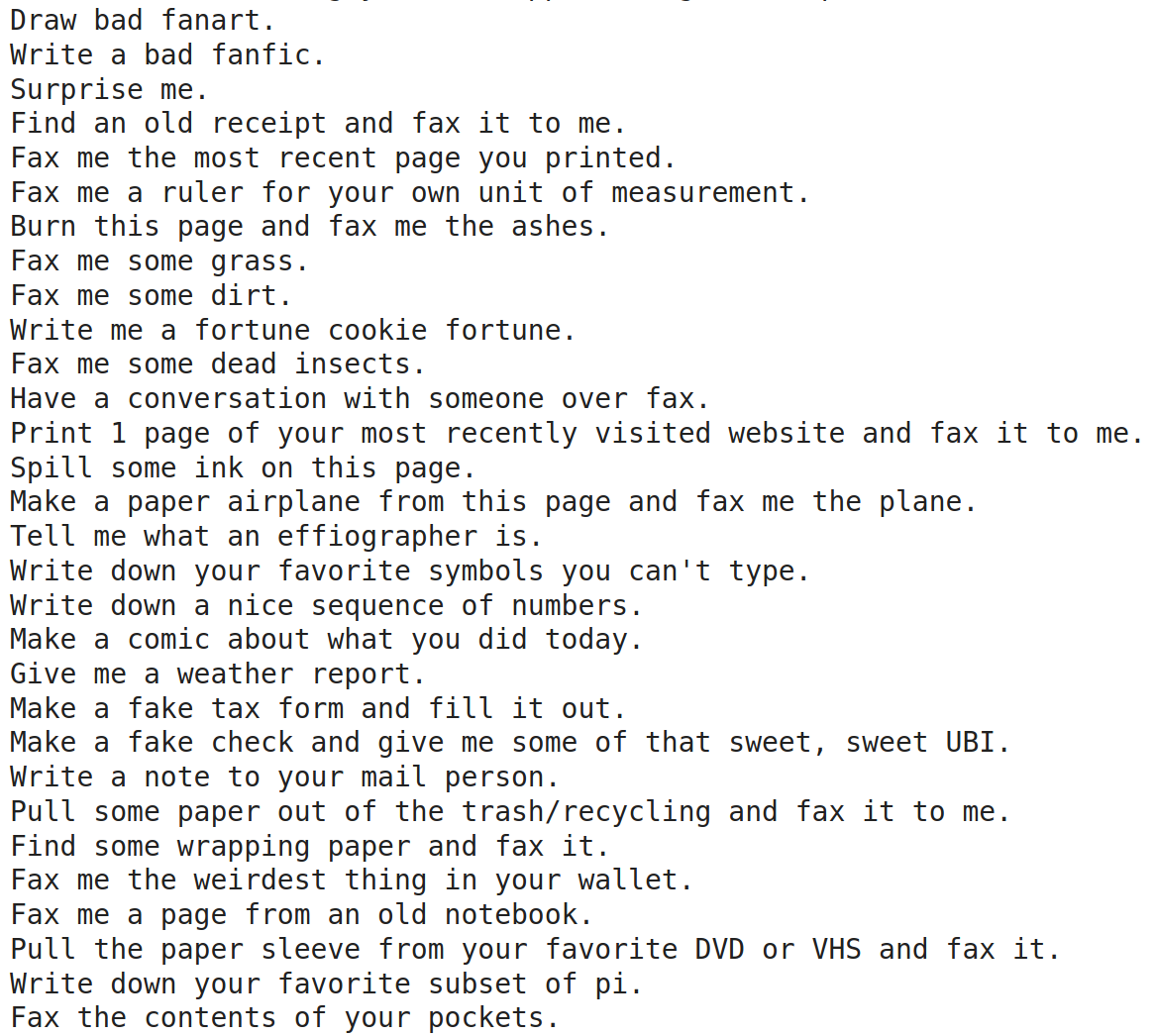 An example of output from GPT-2. All of these questions are lifted in full from my 101 sample questions.

Where I’m going from here:

I need to continue tweaking the GPT-2 to get new questions output from it. After that, I need to work on automating faxes so that I can send these questions out.

I’m going to try to keep up with the offerings when I can through the rest of the semester. In addition, I’m working on a final project for this course. While I’m still trying to figure out the details of exactly what I’m going to do, I’m going to be using a fax machine as my medium. Because I have one at my house, I want to experiment with the fax machine as a tool for sending visual information to someone far away, but also as a way to collaboratively create art. The project is likely going to consist of me faxing something to people daily, expecting a response from them (which consists of the original fax being altered and faxed back) within 24 hours.

Indirect portraits of a student in quarantine 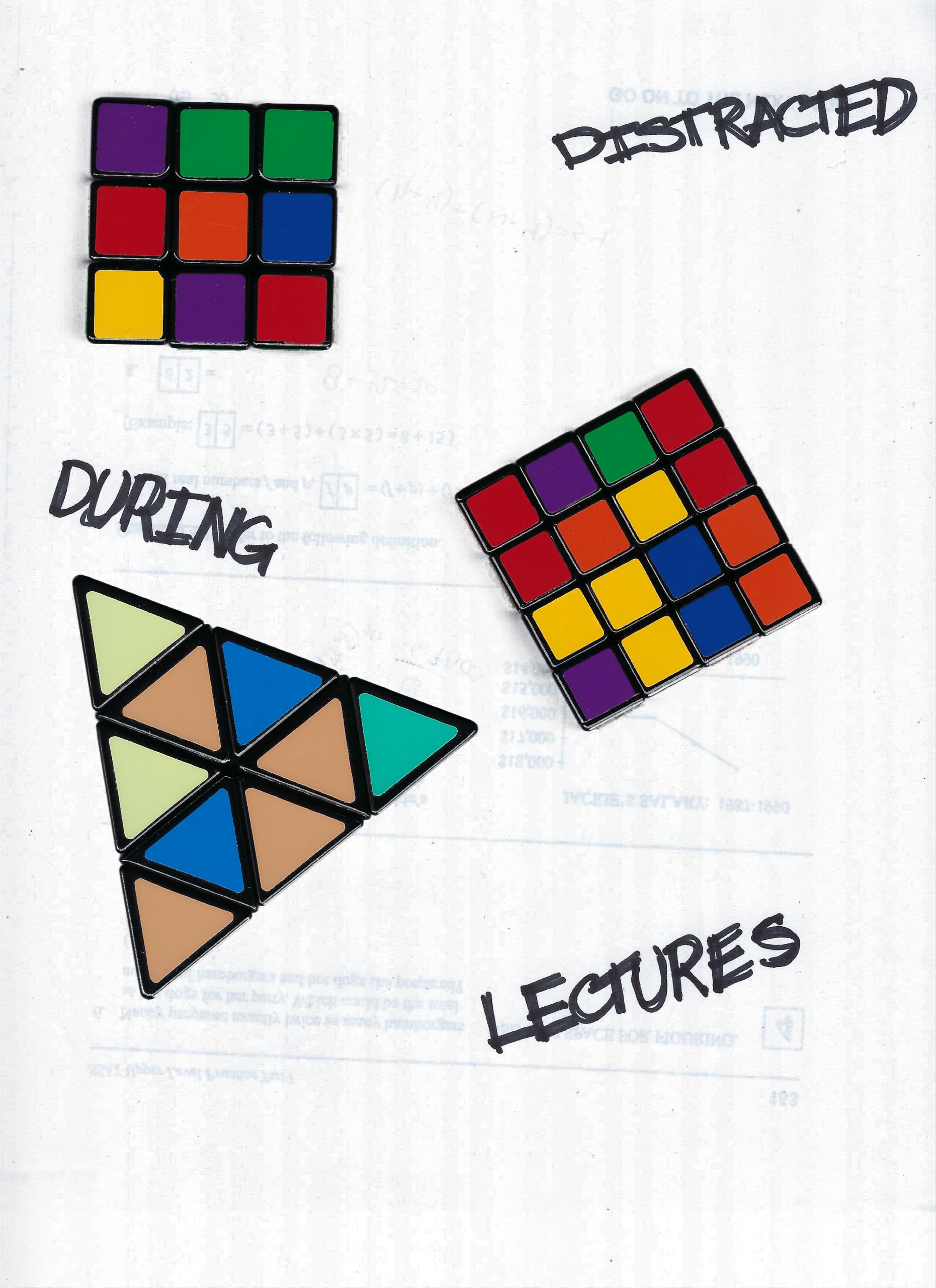 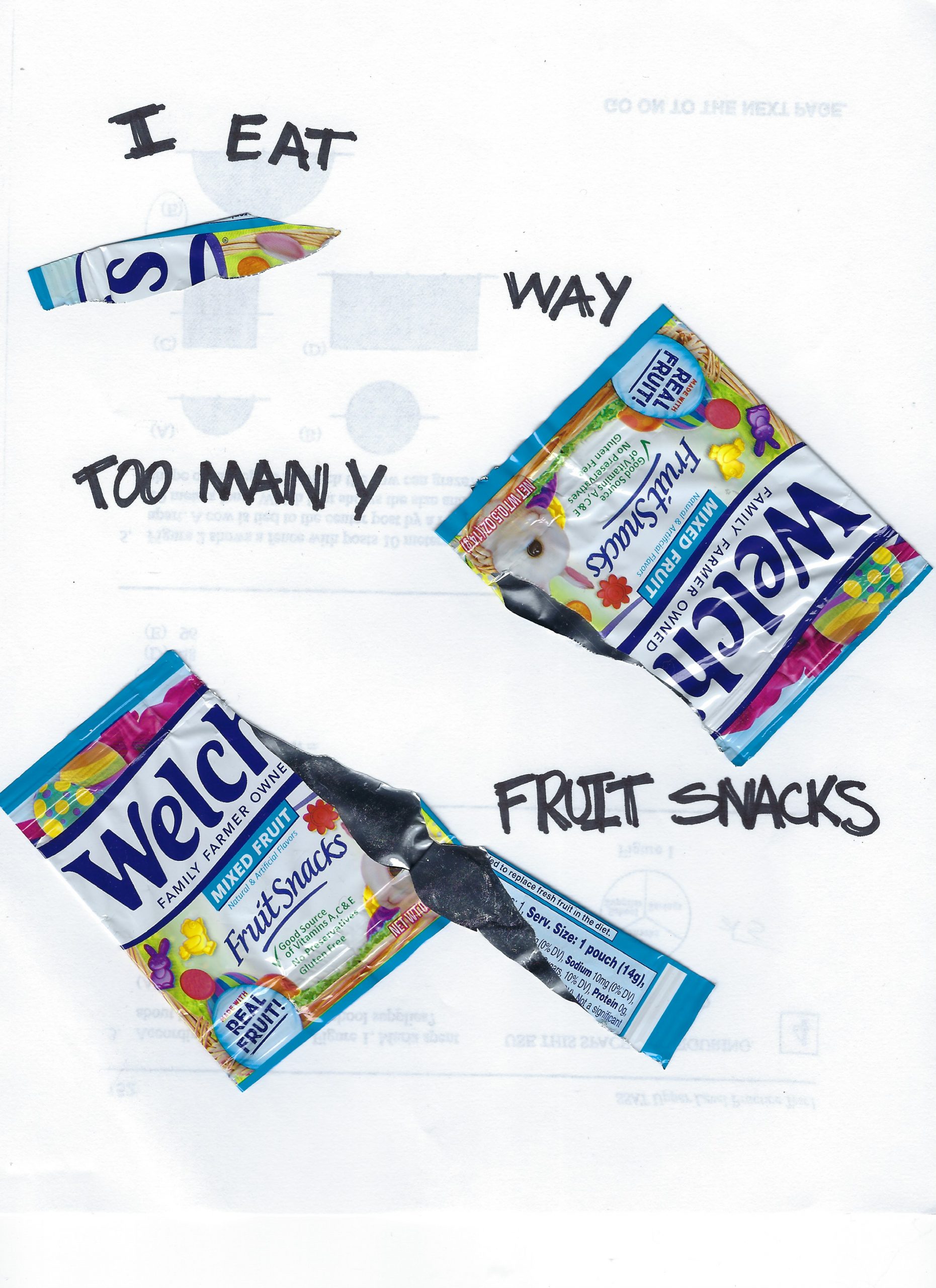 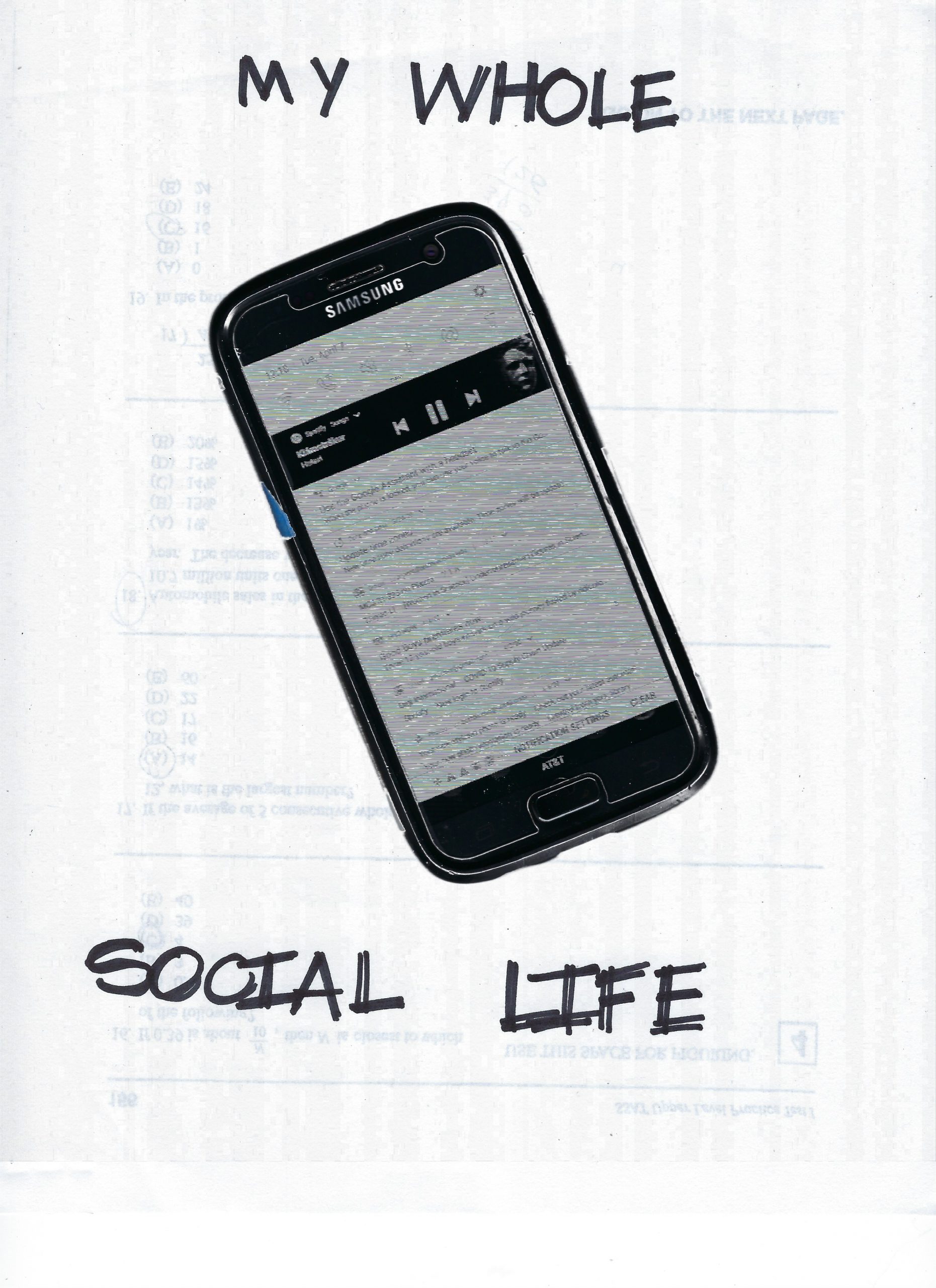 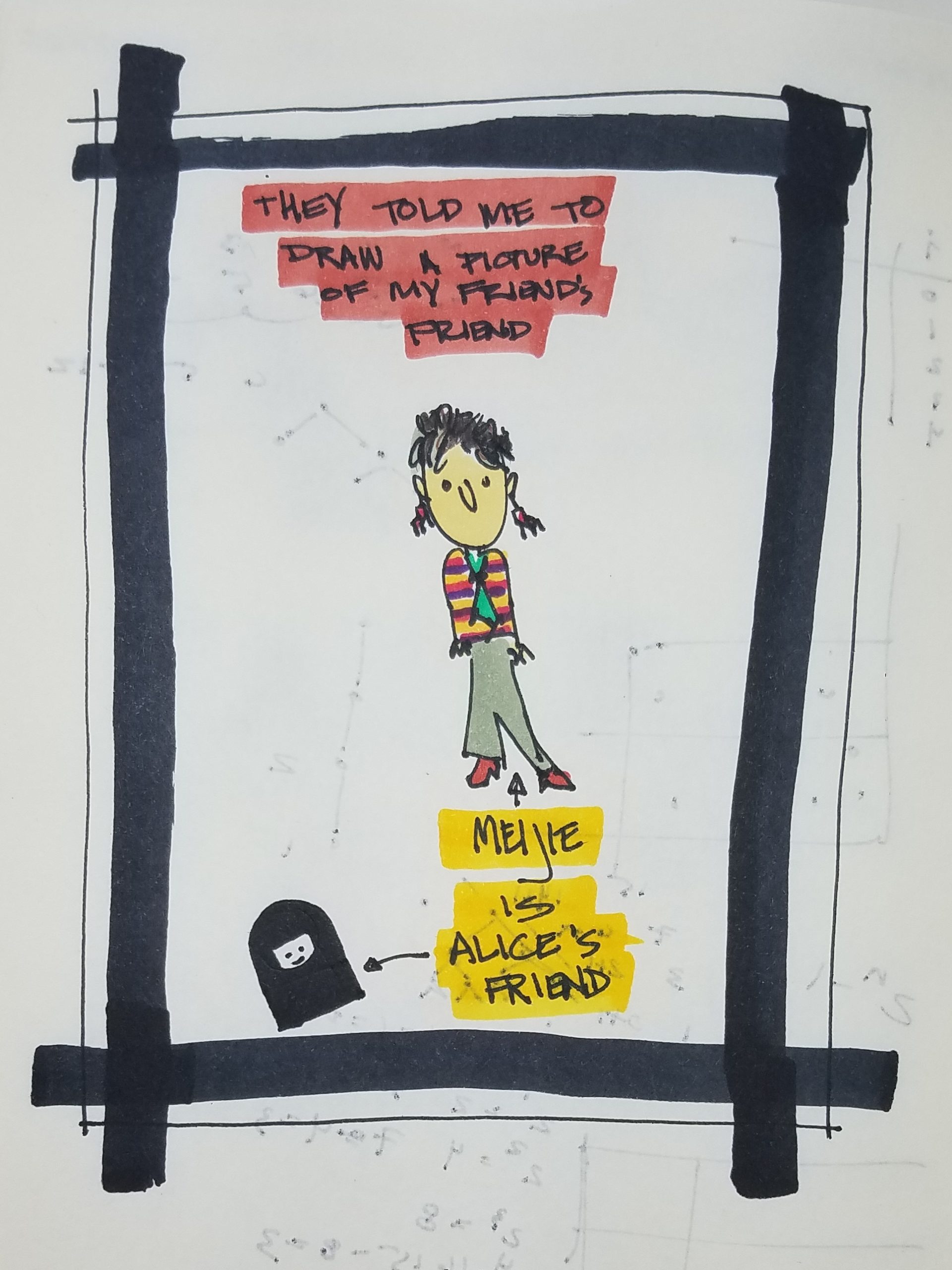 I know Meijie, she’s in the design program and we have a bunch of classes together. We’ve hung out a couple times in a group context, but I wouldn’t necessarily call us friends, at least not close friends. She’s incredibly close with one of my best friends, though. Thinking of friends’ friends (who wouldn’t fall into the category of my own friends), Meijie was one of the first people that came to mind. I think this is because she’s just visually very distinctive. She’s one of those people who even if you don’t know her, if you’ve seen her you remember her. Anyway, she came to mind and I drew her.

There are a lot of woods near my house, so I went walking in them while it was raining the other day and I found and photographed a bunch of stuff. Here’s the most interesting stuff I found.

I think someone ate this deer. 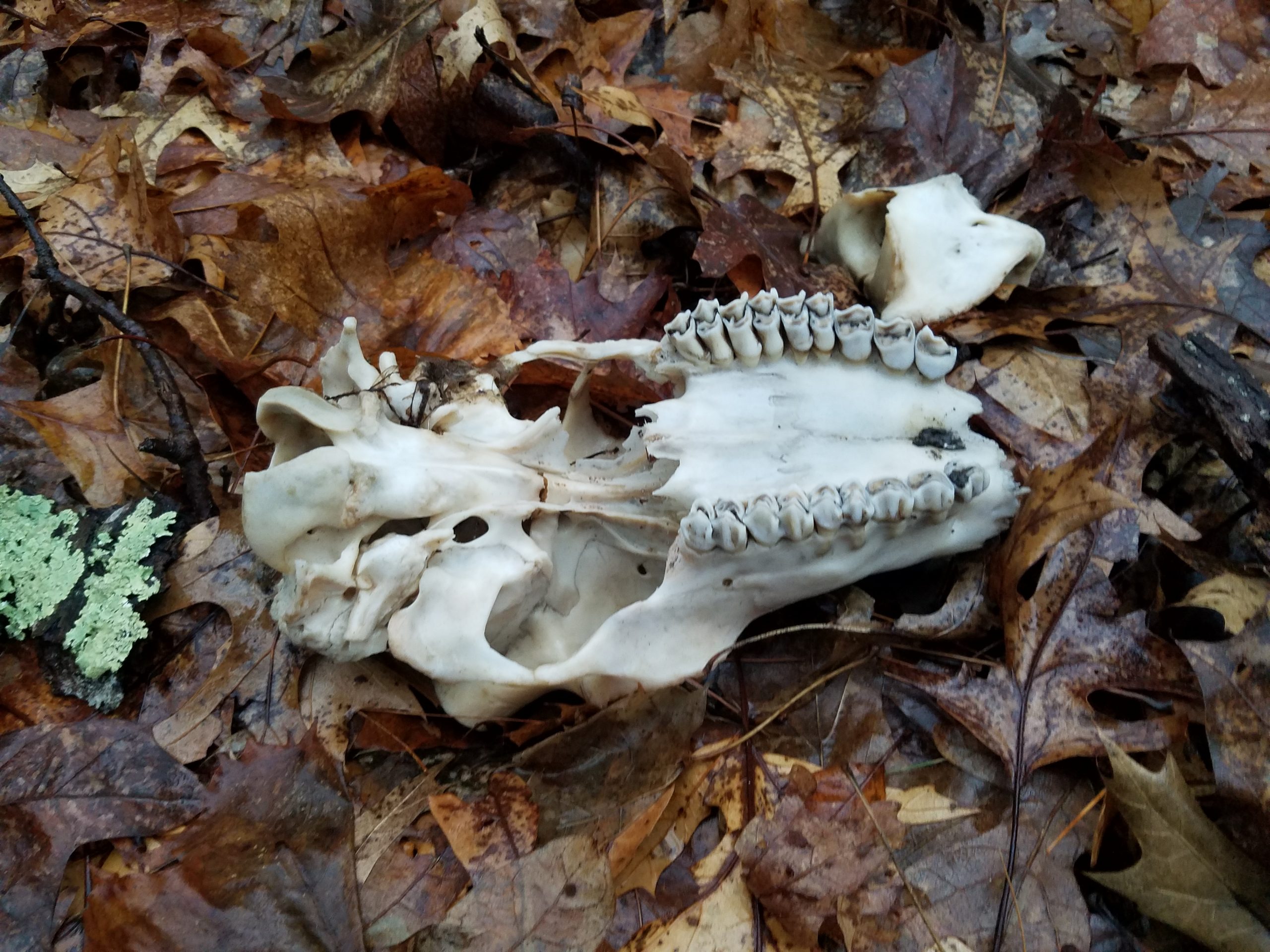 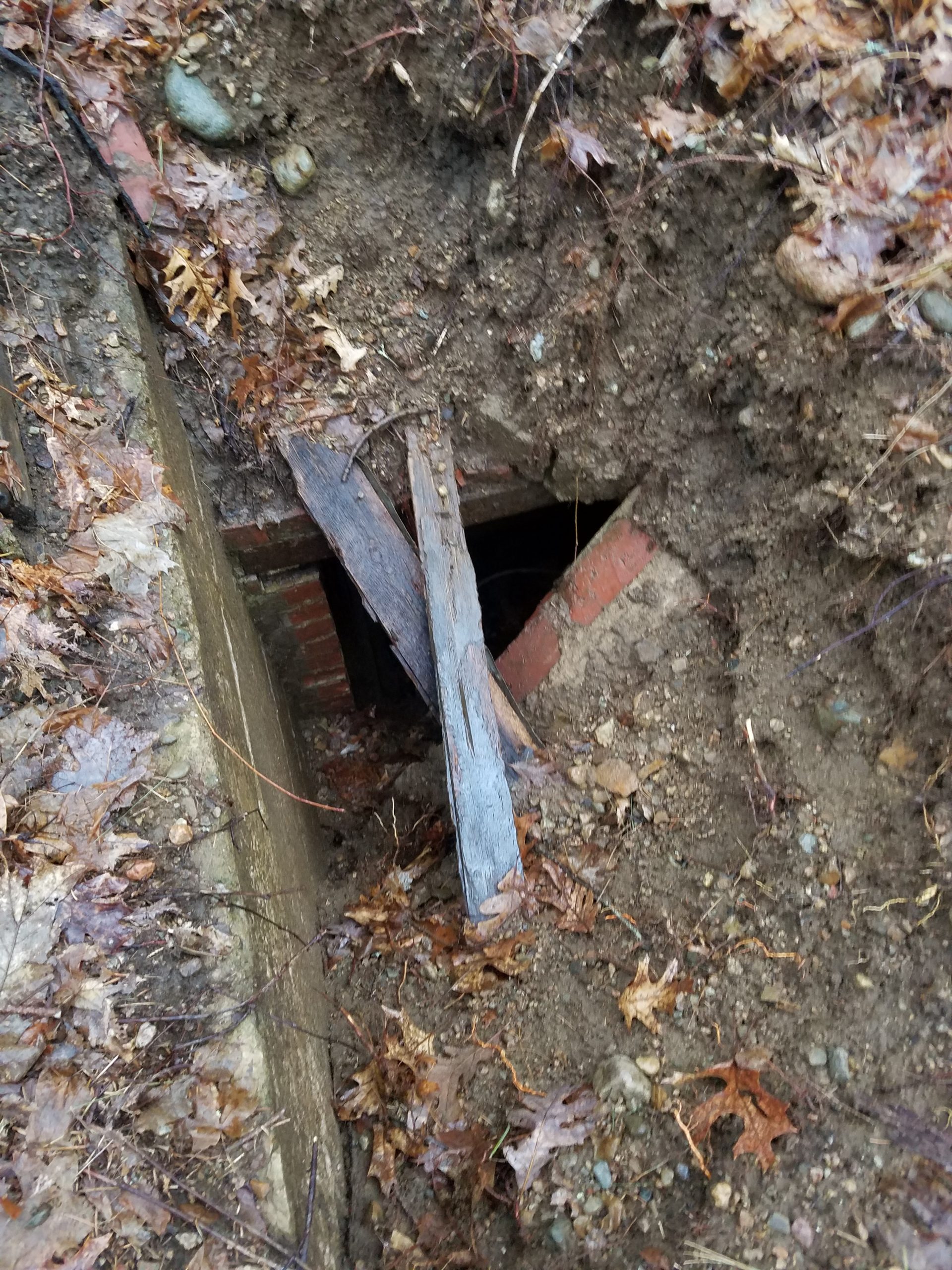 This twig is growing straight through that fungus (or the fungus grew around the twig, I’m not sure which party is responsible for this situation) 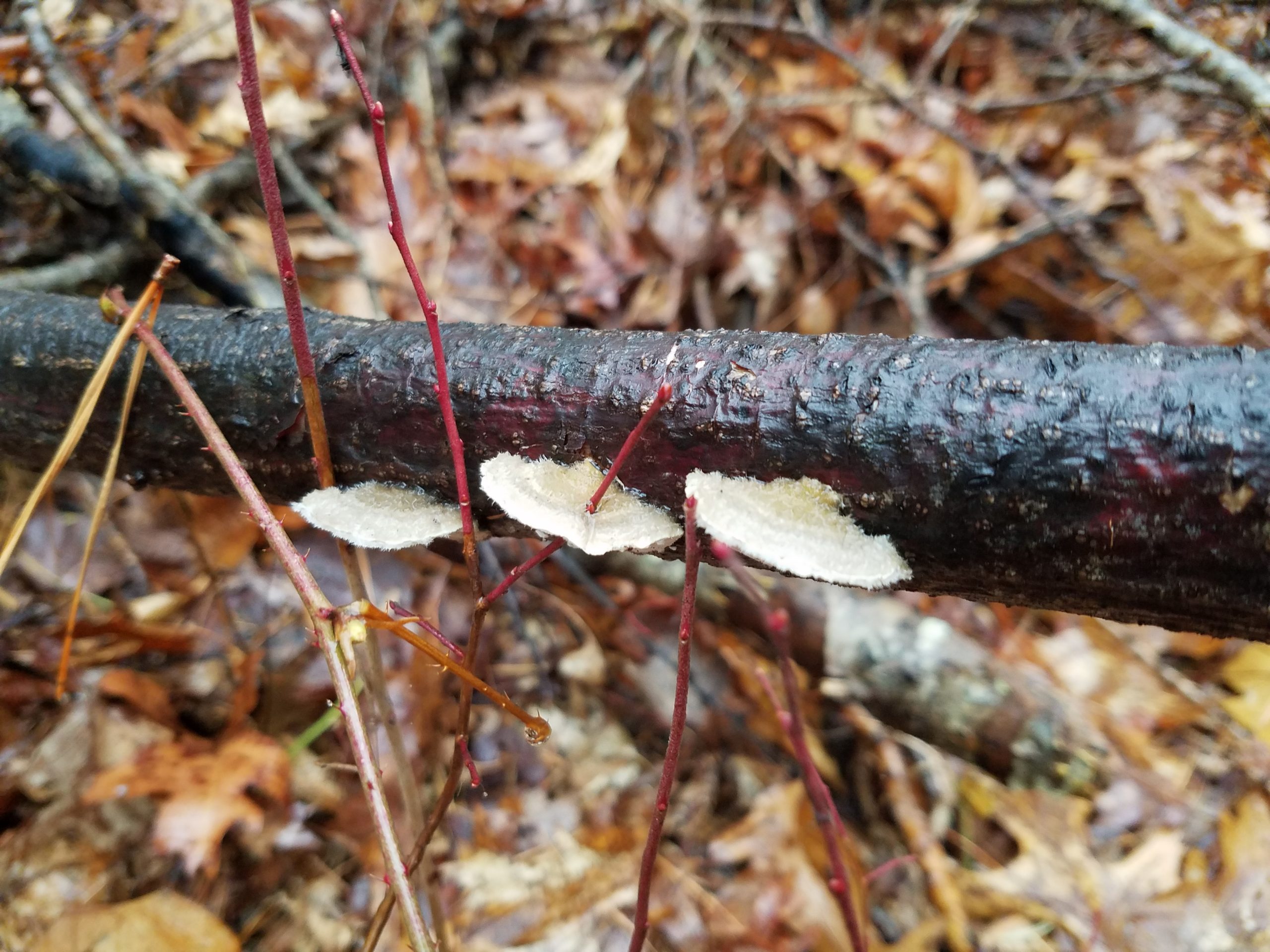 When the rain flows down pine trees it makes foam at the base. I have no idea what the science behind this is. 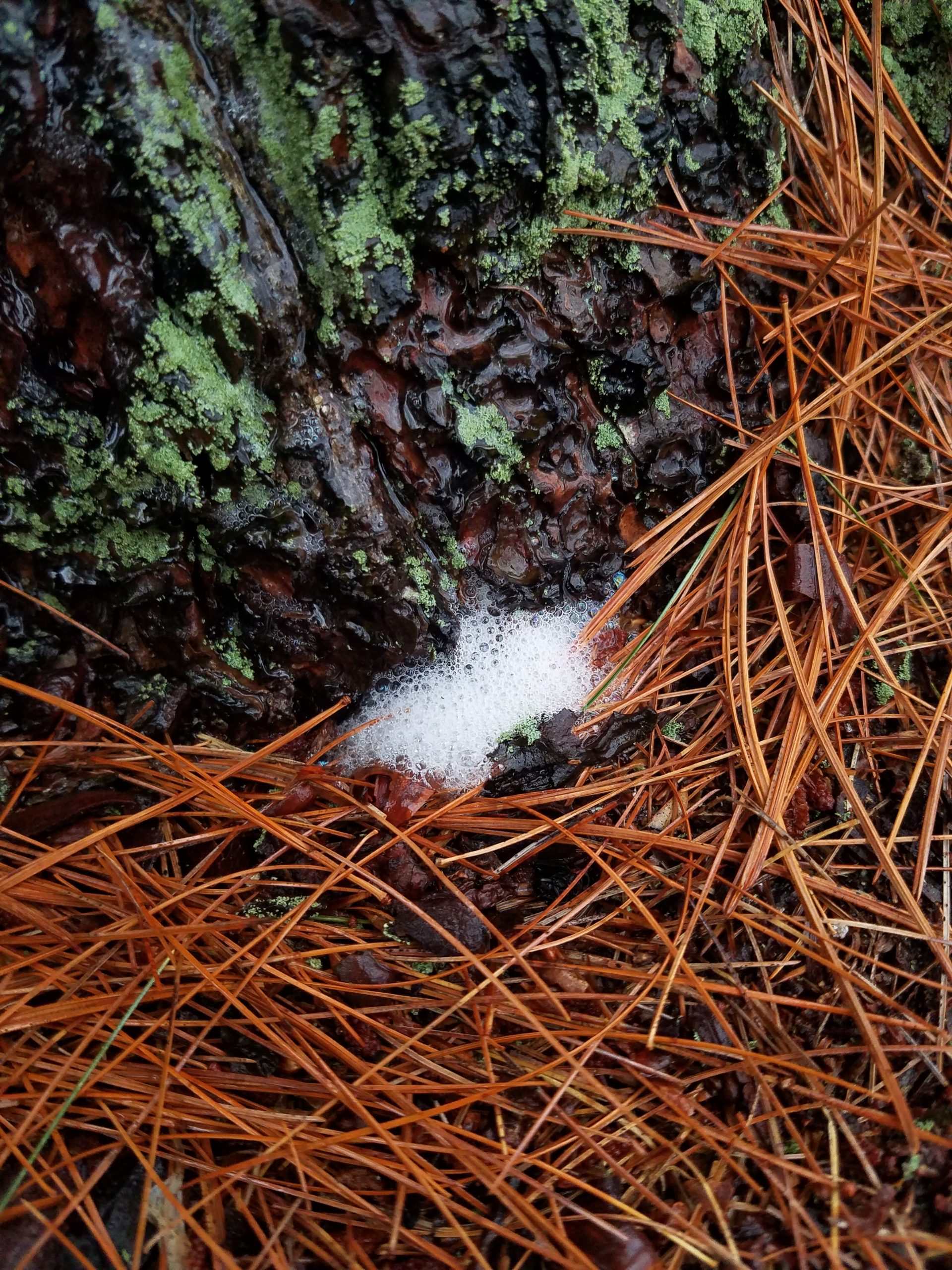 There’s this random stone bench in the middle of the woods, in case anybody is looking for an uncomfortable makeout spot. 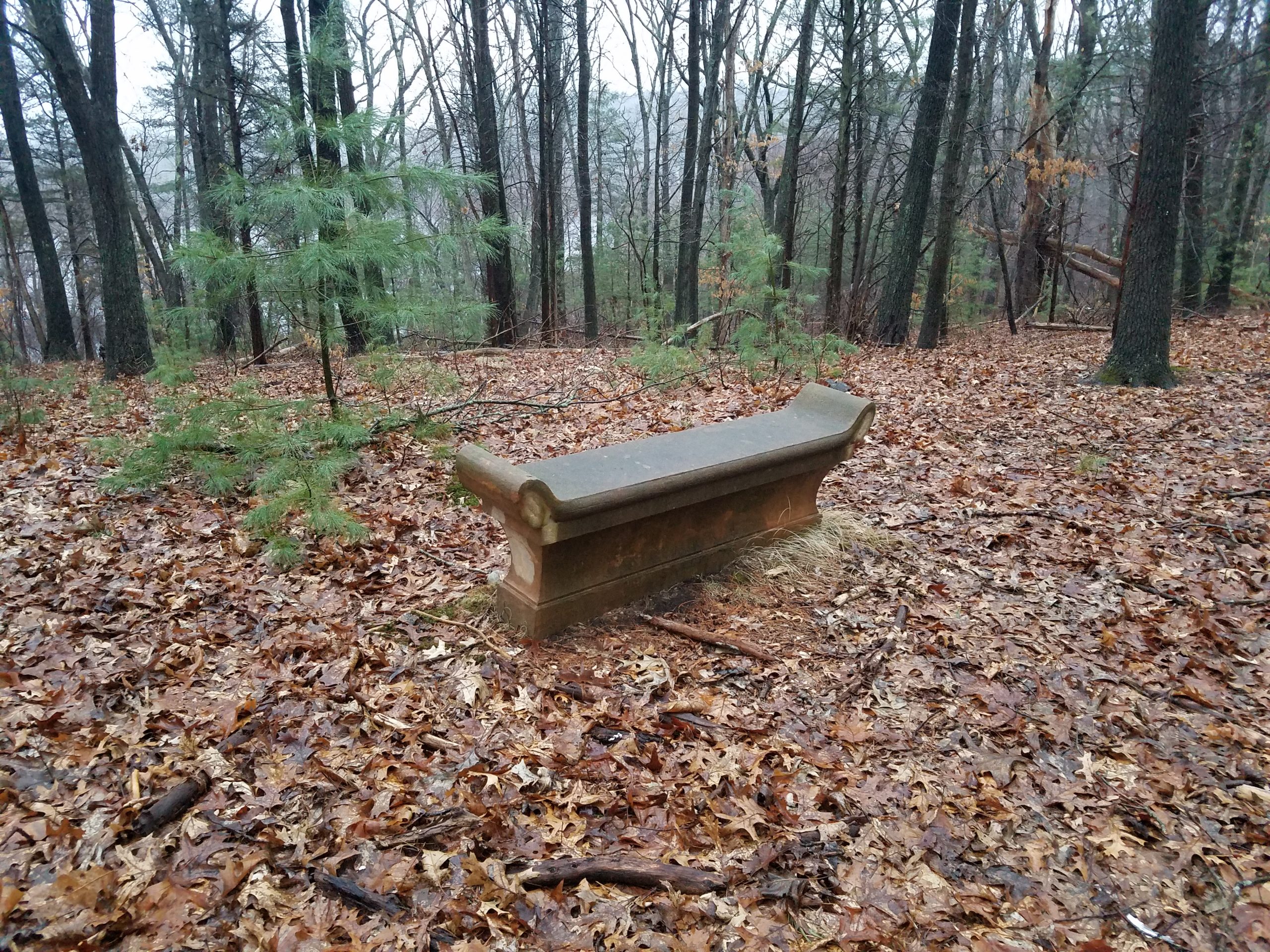 Here are some photos I took of myself sitting in the bathtub. 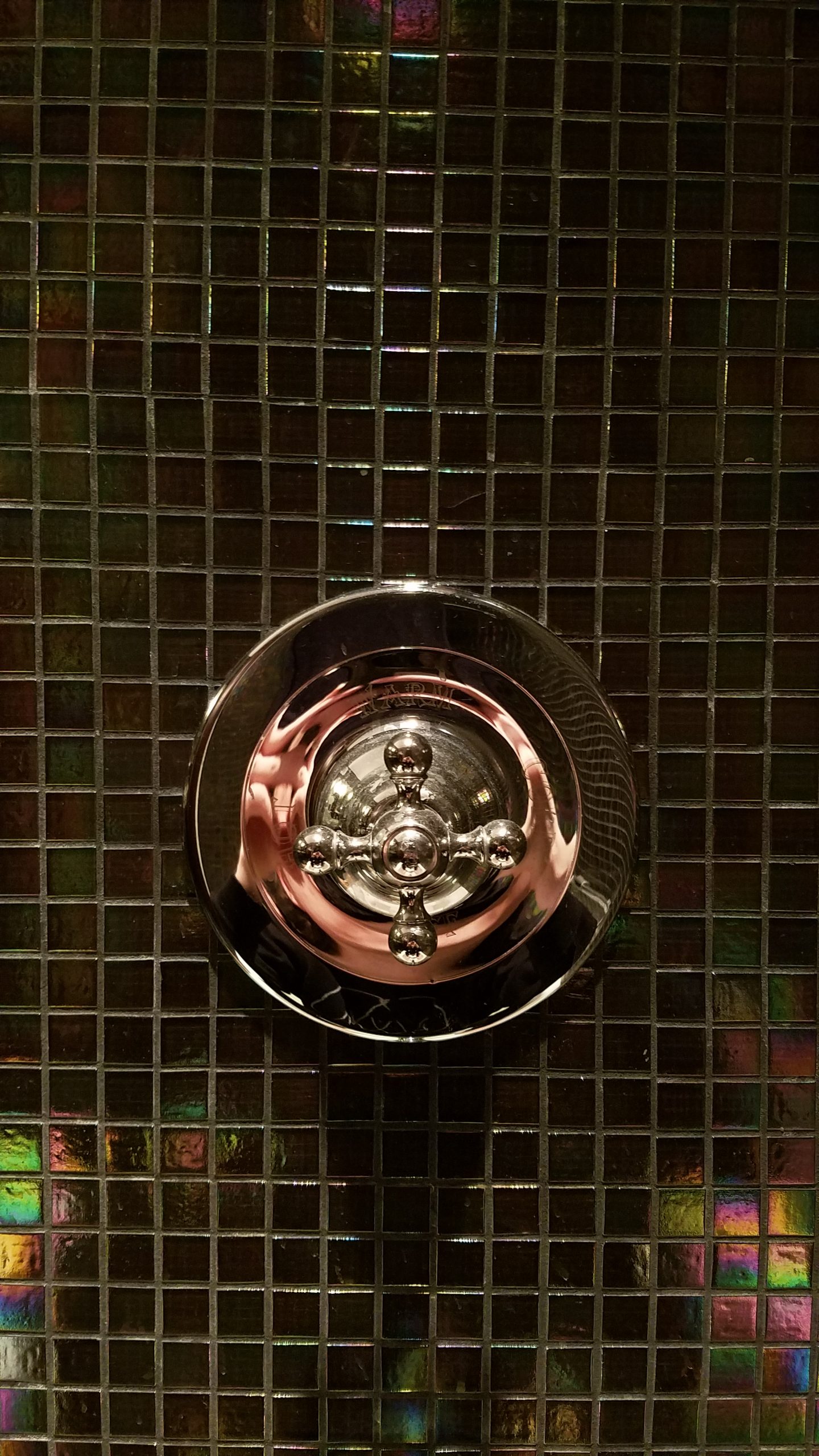 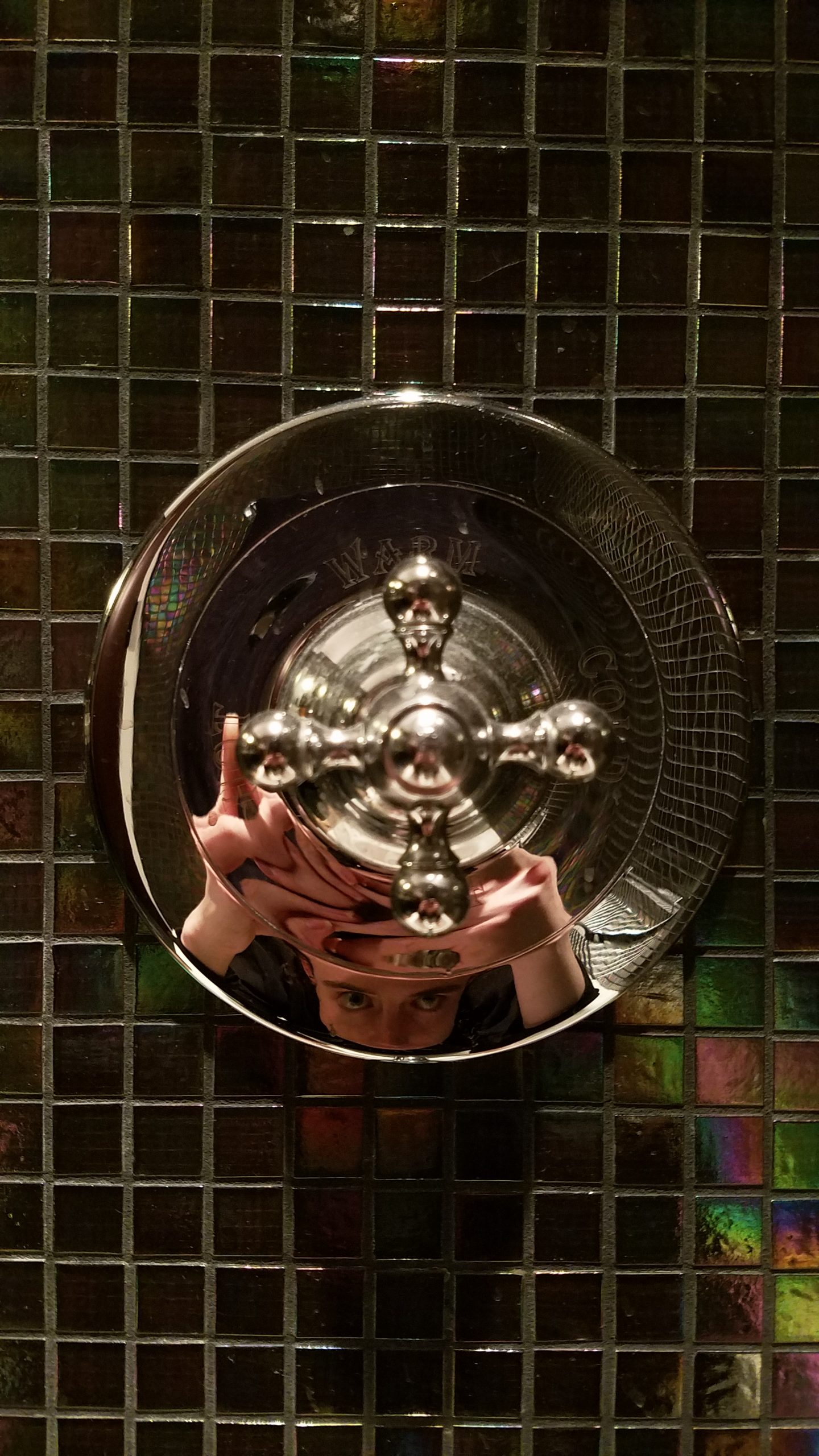 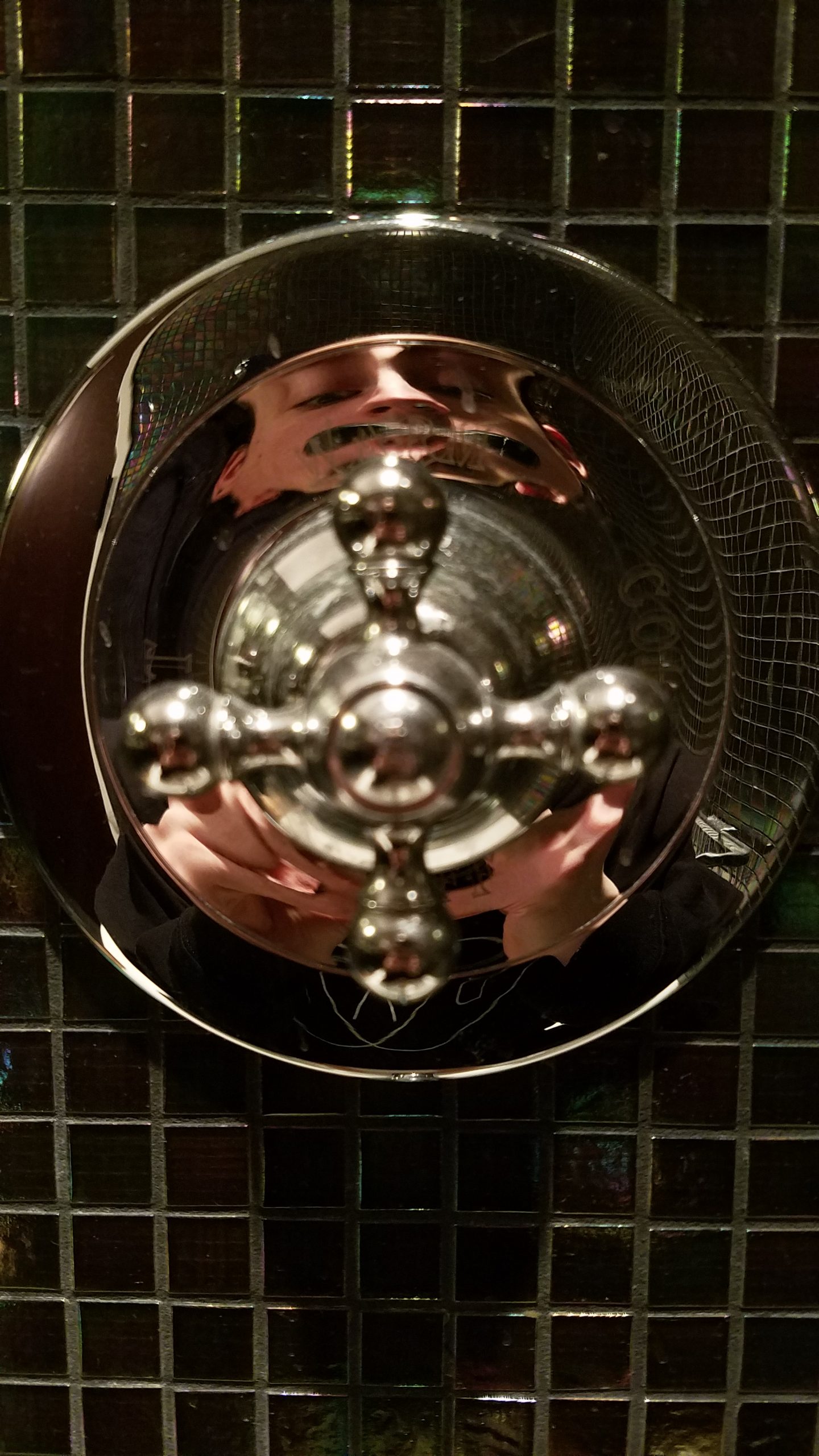 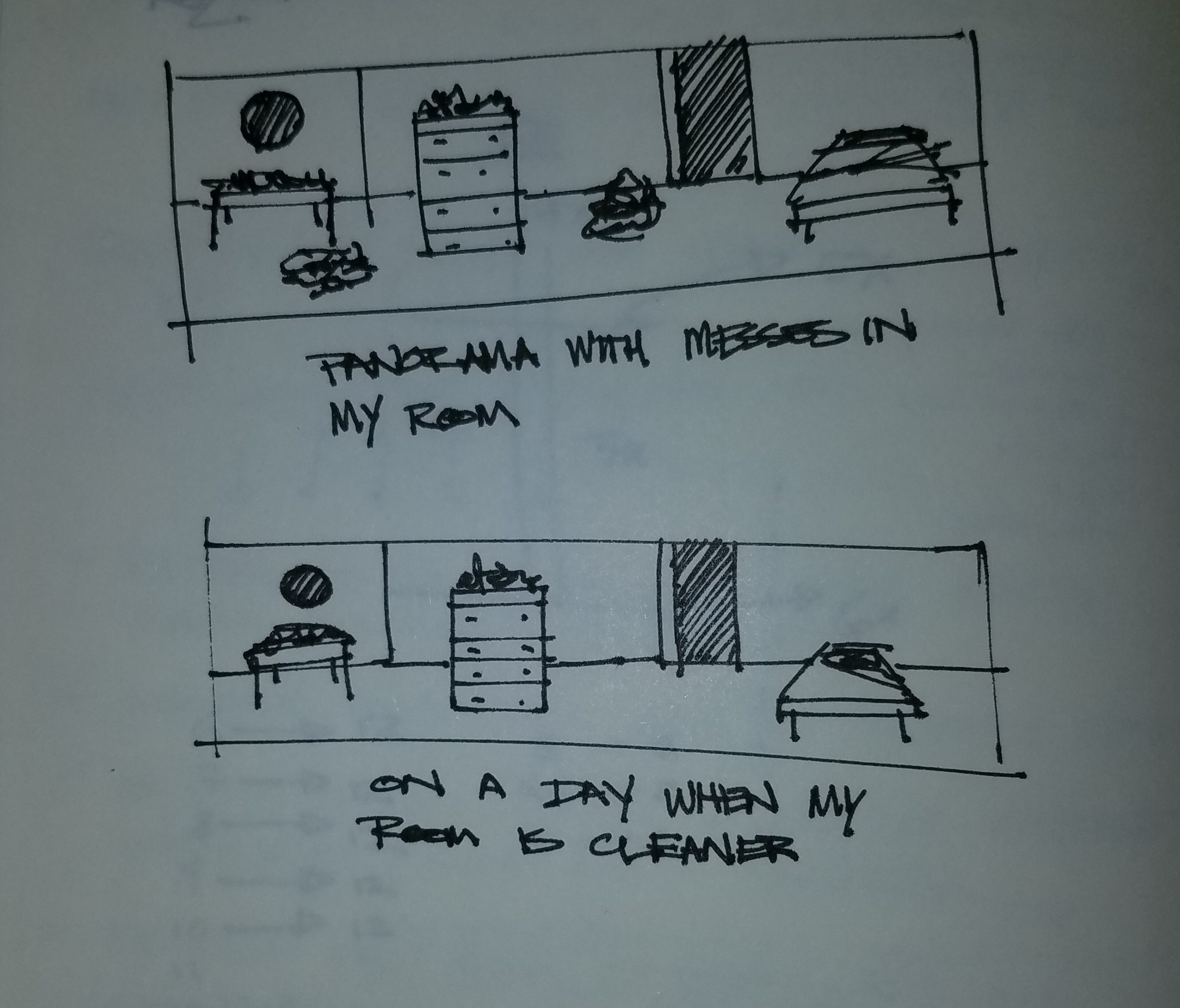