It’s still not working, but this is what I have.

I decided to integrate mouse clicking into my assignment 2 ghost chat, and bring the push-button interrupt into the p5js part of the equation, as opposed to leaving it with the arduino. This means that the user should be able to click around on the screen to ask questions. My issue could be that my code is wonky, because I haven’t yet been able to make p5js actually take information from the arduino and print it successfully using my own sketch, or it could be technical: 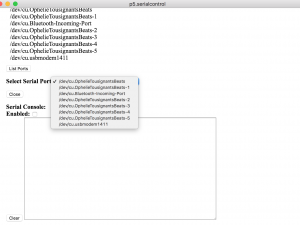 I thought the problem had solved itself, but it seems that the Beats have spawned more beats, and p5.serialcontrol likes to open that port instead of the usbmodem even after I’ve closed the weird beats port and opened the other one instead. Sometimes it stays with the usb modem for a few minutes, and I can run a few sketches, and sometimes it doesn’t feel the need to do anything I ask, and I wrestle with it for an hour or two.

So here are my sketches: 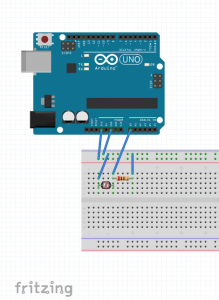