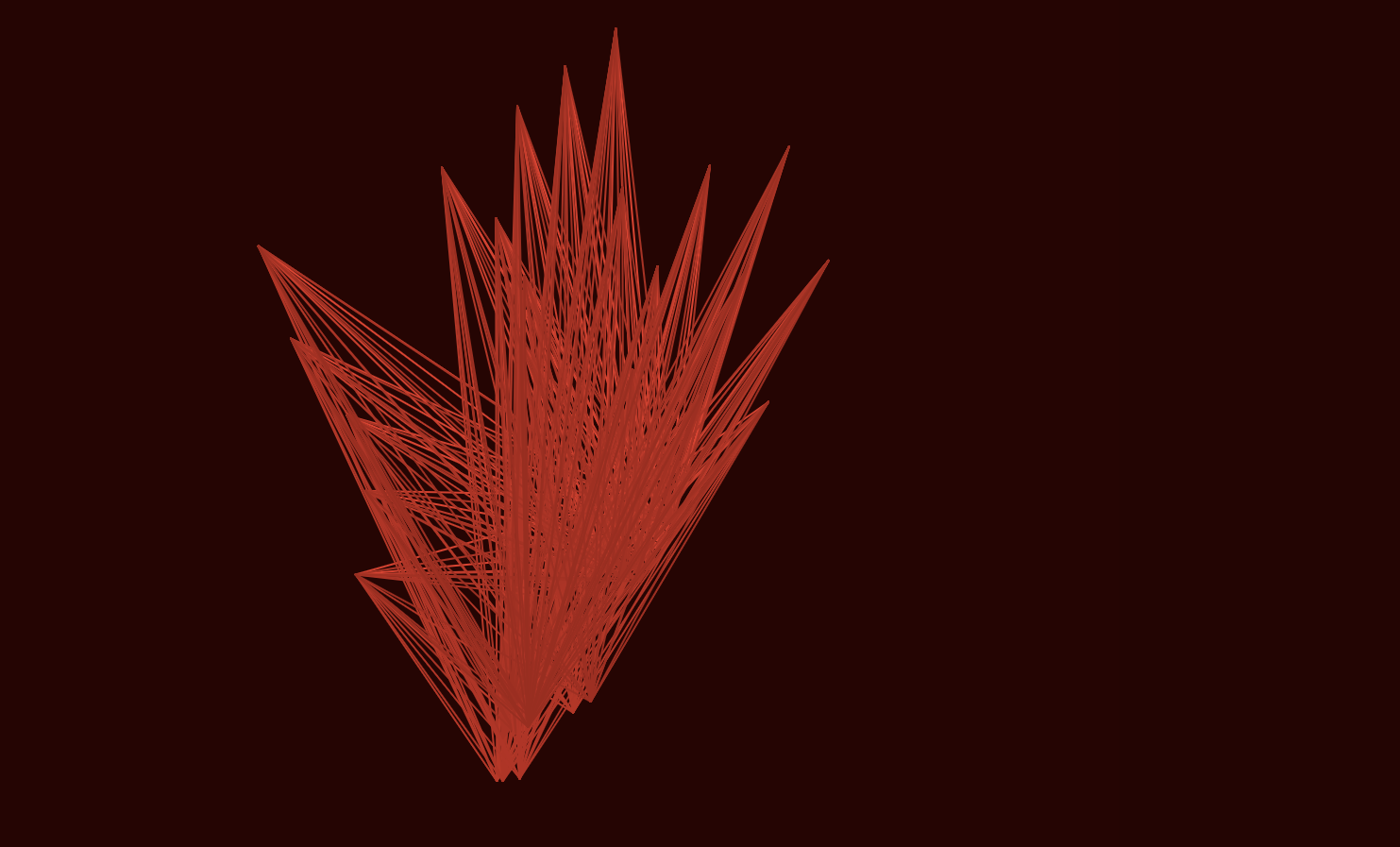 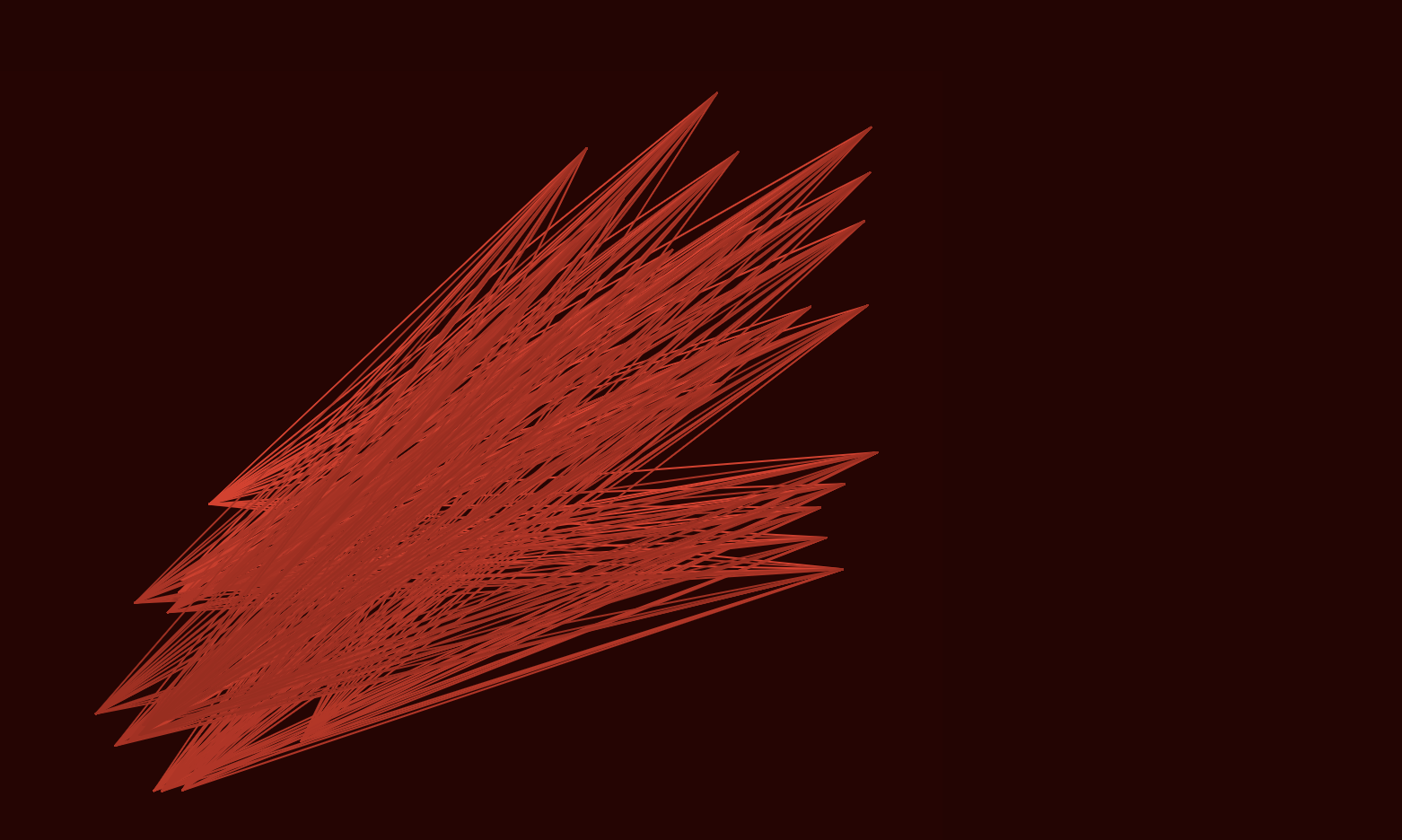 While playing around with the connections, I came across the idea of recreating the period cramps I feel as I am currently on my period. Based’s on one’s face and hand movement, various lines stretch, shrink, and strangle with one another. When another hand enters, the lines switch over to the other side, representing the sudden pains that occur.

As this was a quick project, I believe that there is a myriad of ways to extend this project. For instance, I could also bring in points from the body to not only create more interactions but also present more diverse forms. Further, instead of utilizing lines, I could incorporate shapes such as triangles and make use of gradients to build a 3d object.