As I kid I drew on the sidewalk a lot, and indulge myself in my fantasy world. Thus for this project, I want to make such a virtual world come alive to me through AR.

I wanted to make a 3D chalk shark drawing, that surfaces from the ground drawing. However, I’ve been testing in my apartment hallway and wasn’t testing outside, and it really didn’t look as good as I wanted it to be 🙁

For the programming portion, I modified the code of the AR Controller so that the mesh is always placed sideways (90 degrees) towards the camera.

I made the 3D model and handpainted the texture(in Substance painter and Photoshop)  to give it a hand-drawn quality. I planned to hand particle systems and flipbook textures to animate the water, but I didn’t get that to work, so I’m just animating the two pieces of mesh that represent the water splashes by bobbing them up and down. 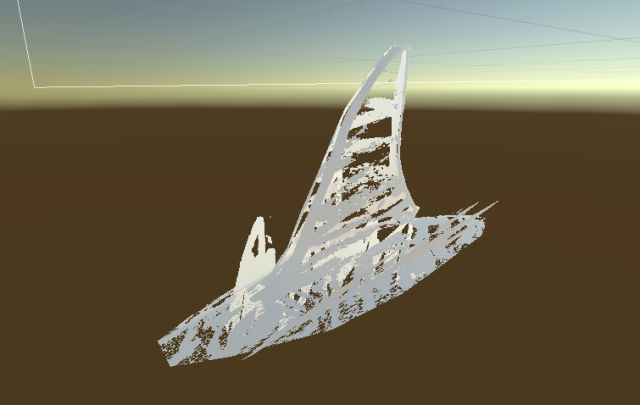 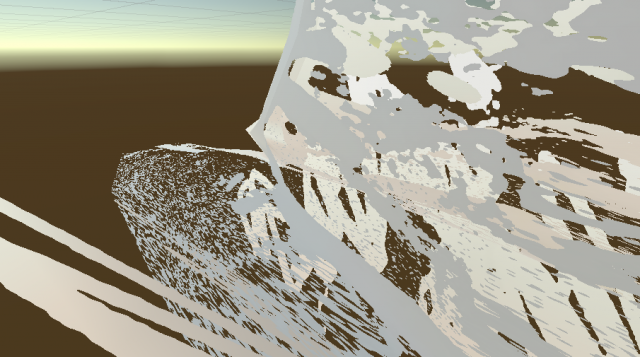 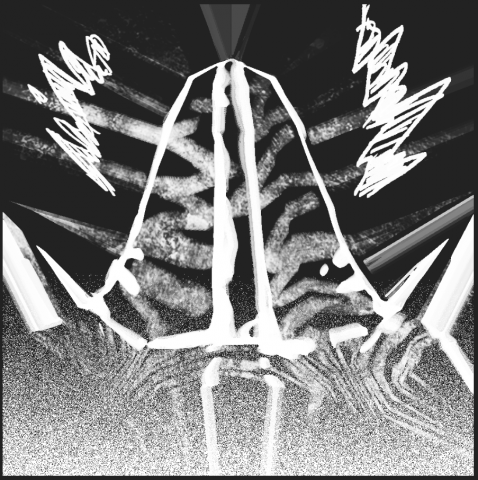 I really want to “spice up” my working space through AR, so all of my ideas are based on my current desk setup.

(All my videos recorded in JustALine doesn’t upload to Vimeo for some reason, I’ll attach it later)

A shark lurking and swimming around on our desktop; it would consist of a 3D model and some VFX to accompany it. 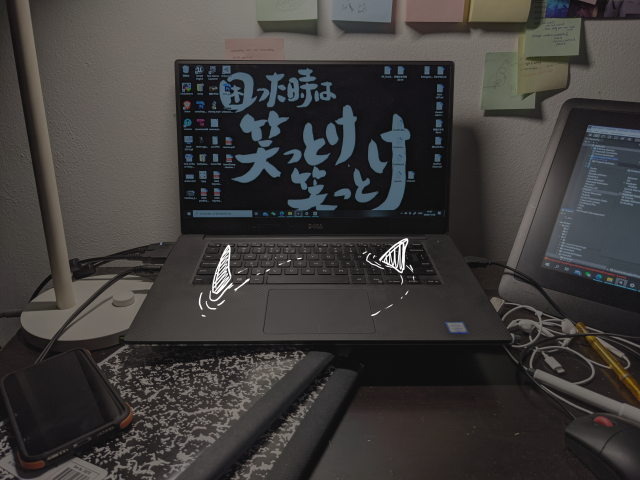 I like snow 🙂 Make it snow in my bedroom! 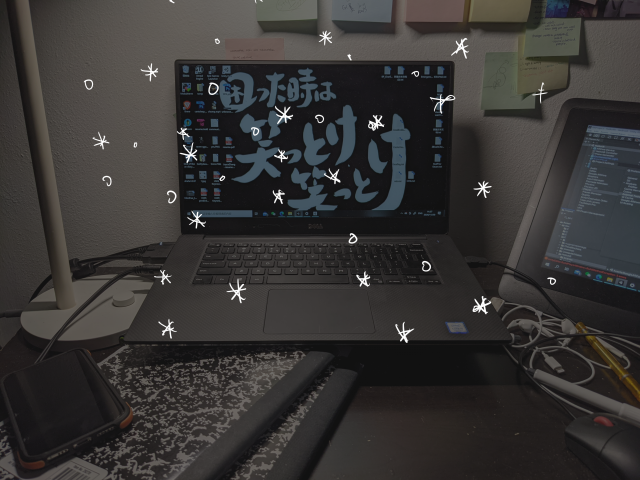 Talk to the hand!

An extra hand can help lighten up your day perhaps? I imagine just to have a hand come out of a portal, and probably say some dumb things. 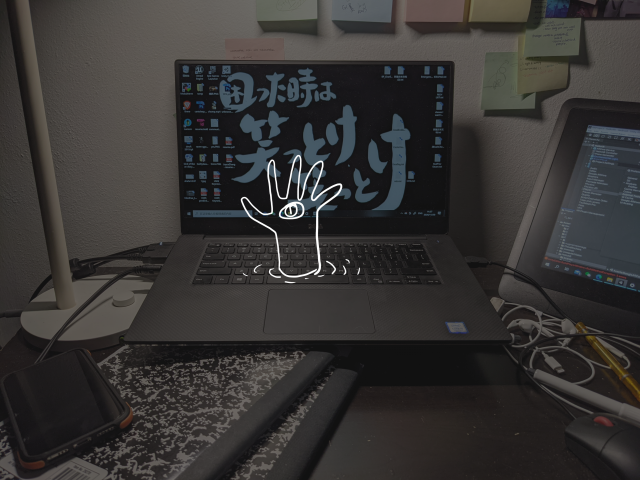 I think it’s interesting to see someone approach creating a game from a non-game designer perspective– as there’s much less emphasis on gameplay, but how the game is experienced and the emotional impact it brings.

I certainly resonated with the part where she said she had to teach herself everything.

What I like the most about Lucid Trips is how the game takes advantage of the VR’s hand-tracking abilities to sync with its movement. In an ideal world, VR experiences can be experienced in an infinite space where you’re free to walk around — but that’s obviously not the case for most people. Lucid Trips simulates an “underwater feel” and makes the primary movements be directed by the player’s upper body gestures. Contrasting with VR experiences that relies on body movement or input controls, I believe this creates a more immersive experience because of its clever design.

I completed all the lectures, but after setting up the high definition lighting and particle system my scene was running at a steady 1 frame per second, thus I didn’t bother with rendering and exporting.

Also encountered some problems with animating inside the scene, as it kept on giving me the “dereferencing NULL” error and I can’t spot why it’s going wrong 🙁 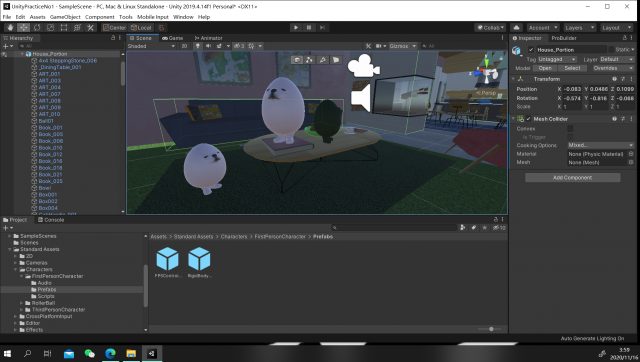 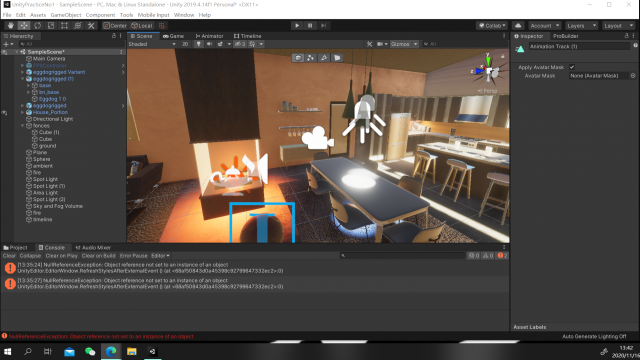 After playing around with GPT2, I noticed with certain phrases it can generate full on news report style articles (even with authors and the proper formatting) which it thought was pretty interesting. I fed it some political slogans or common sentence starters and it generated this sci-fi showdown announcement which is hilarious. 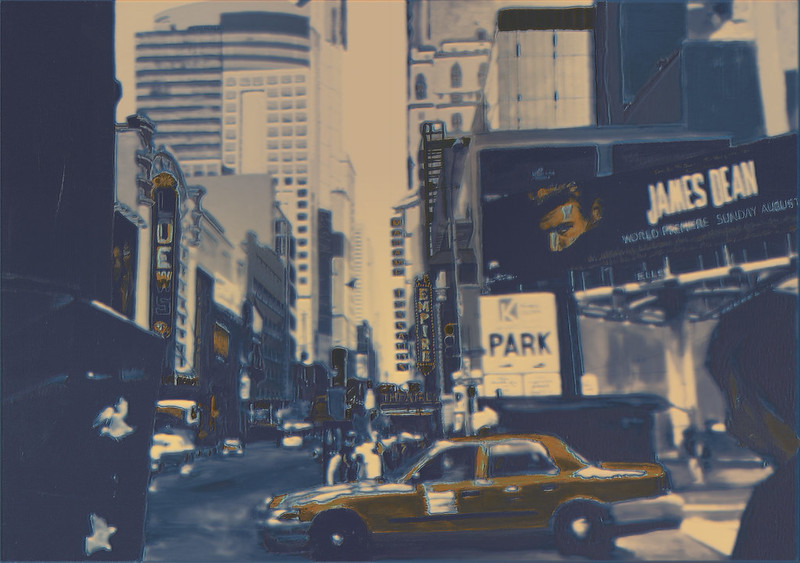 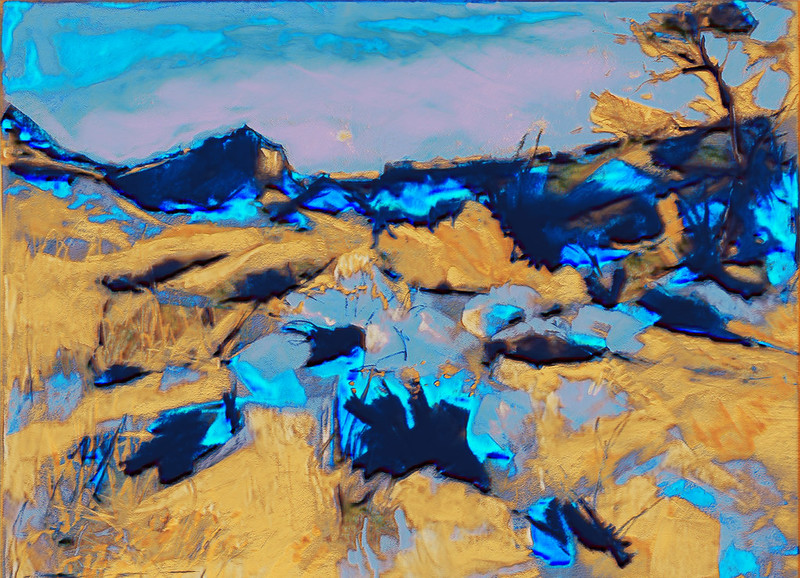 The project was done with additional constraints from a neural network trained on art composition attributes. It’s attempting to take traditional fine art concepts (Variety of Texture, size, color, shape, contrast …) and embodying them as a part of the constraints.

What fascinates me most about this project is the documentation in the second link. The documentation showed every step and the different passes of images through the model, the different dimensions of values that was modified to produce the look which I though was really cool. It’s interesting to see how some traditional concepts like color theory and textures gets replicated/translated into digital, machine learning space– and also just how the categorization of human art work fits into the listed categories.

Been fascinated by how badass sharks are, so I made shark. Go chomp on your best friend!

It’s a chicken, it gets nervous when you get too close to it.

The chicken is constructed through particles and springs, which gives its bouncy quality. Upon sensing human presence(Soli event presence), the chicken perks up and becomes alerted. You can slap the chicken (Soli event swipe), and the chicken will get shoved around and screams.

It’s a simple concept, and I wanted to focus on giving some character to the chicken, and making it chubby and lovable. I created a throwaway program that I can use to design the chicken and export it as a JSON file, and then there’s the actual program executing all the particle and spring motion. I’ve learned a lot about particles and timing animations while making the project, and it was super interesting to work with the Soli system. When I told my roommate to walk close to the phone and the chicken perked up she was super surprised on how it was able to know, so that was a really fun 😀