Screen printing has been an influential and power medium of communication for about 1000 years. This basic touch-test shows the medium can be turned into a method for interactive communication.

This piece displays an interactive light up screen print attached to the polyester stencil that was used to print the circuit. A Teensy 3.2, two triacs, and a DC-AC inverter power source created the artwork.

The power source, run from two AA batteries, produces ~200 volts AC. The Teensy runs from a separate power source. Triacs, a component that acts as a transistor to switch on or off AC, is attached to the Teensy for modulation, and bridges the printed light up segment to a ground. 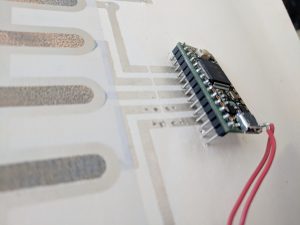 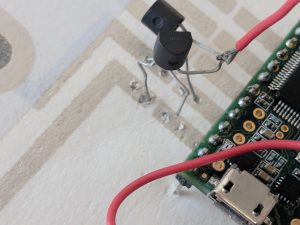 This method is unreliable because the paper stretches and loses electrical connection quite easily. 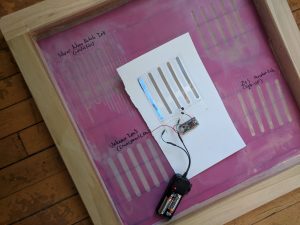 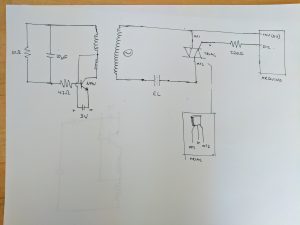 I want to create a tool to temper chocolate bars with designed weak points; this will allow chocolate to break into specific shapes. To accomplish this,  a heated bar mold to control the rate of temper of chocolate will be made. Ultrasonic speakers will be paced below the chocolate bar mold. As the material cools, standing interference waves will vibrate the chocolate to create low  pressure areas. The chocolate’s crystal structure / density will be different along specific lines.

This is an awesome science project out of Europe!
It’s the future, today 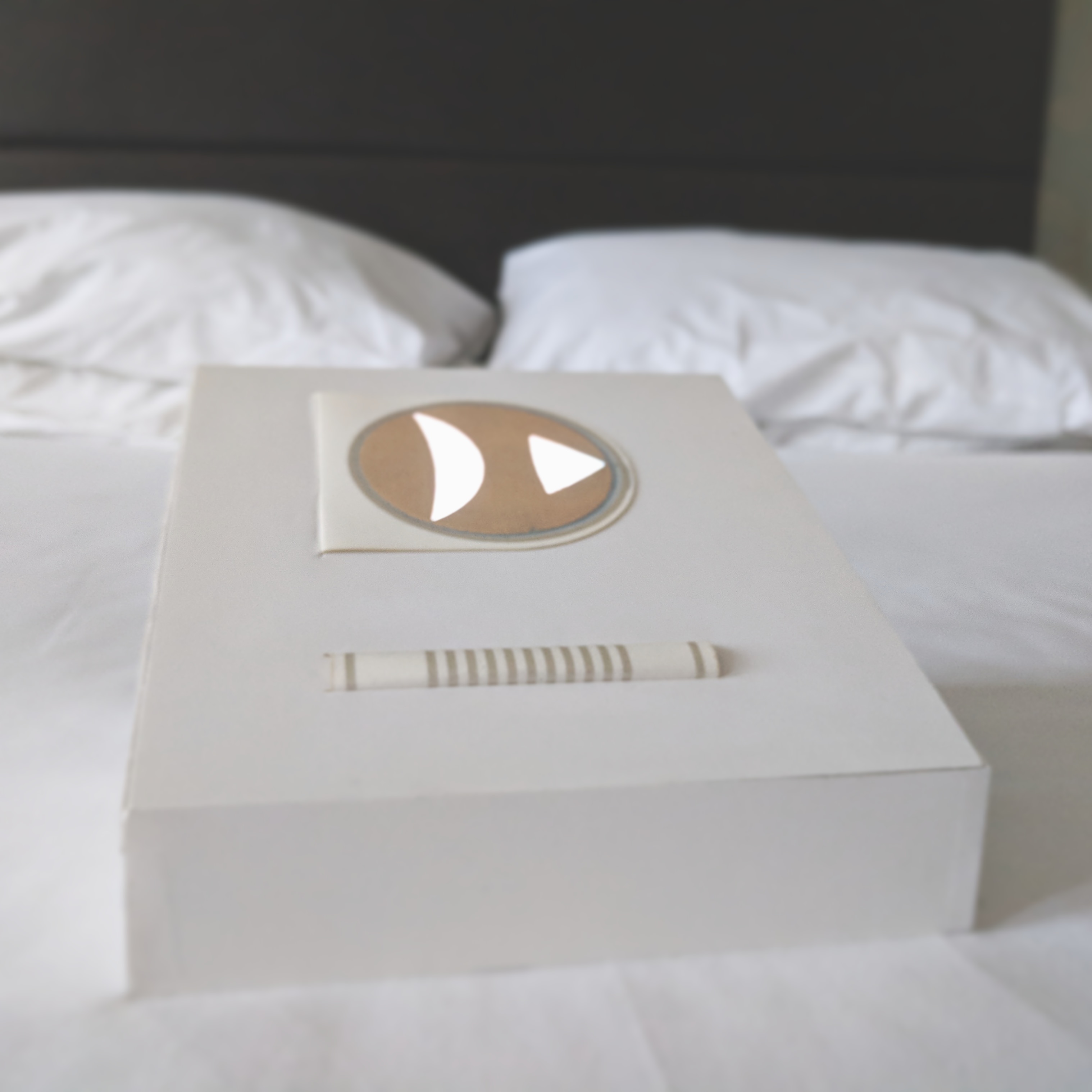 Screen printing with light up ink…The goal of this project is to create a textile-based interface for music playback, so a person will not need to check their phone for a simple task.

The current form is a foam core model that houses the arduino and other cables. A USB cable processes capacitive input from the printed gesture bar at the bottom to understand a user’s intention. The paper displays visual feedback to indicate the musics state. The video below describes how the technology works.

This project is a juxtaposition of renewable and unsustainable energy sources. The bulky black forms depict a landscape fueled by oil, but the stark windmill blades create a contrast. The power source is the irony of this piece: at some point in history the windmill’s blades and motion were oil. 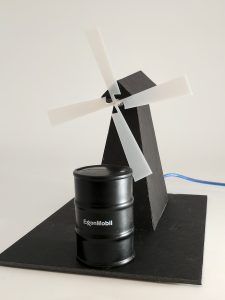 The focus of this project was the narrative element, rather than electronics. The schematic and code provided by JET was used for this. The only alteration to the code was the speed. A correct speed for to rotate the propellor smoothly was found at 13/255.

This device personifies, well buggifies, anger of a disturbed bee. The yellow board serves as the basis of the little creature. And all the components are stuck to the board, just like the parts of a bee are stuck to its fuzzy body. A red LED illuminates to show the stinger of the bee, and a piezo buzzer audibly conveys the bee’s angry wingflaps.

To make this program happen, I combined two example sketches, and modified the code some. I started with the TouchSense 1188 example. The program registers which pin is touched, when the pin is touched. I changed the program to increment a counter when the angry pad is touched, and subtract the counter when the happy pad is touched. The second example program was to control the position of a servo with a potentiometer. The main problem I encountered during this was trying to integrate the two programs together. Additionally, two of the capacitive sensors were not registering, but that is probably because of the nature of the sensor pads.