Here are a few simulation algorithms that can fill a page in an interesting way. I chose these because I was able to find nice tutorials/demos; this is by no means a restricted list.

Many more algorithms are described in these resources:

Here’s Dan Shiffman offering an explanation as well on the Coding Train. 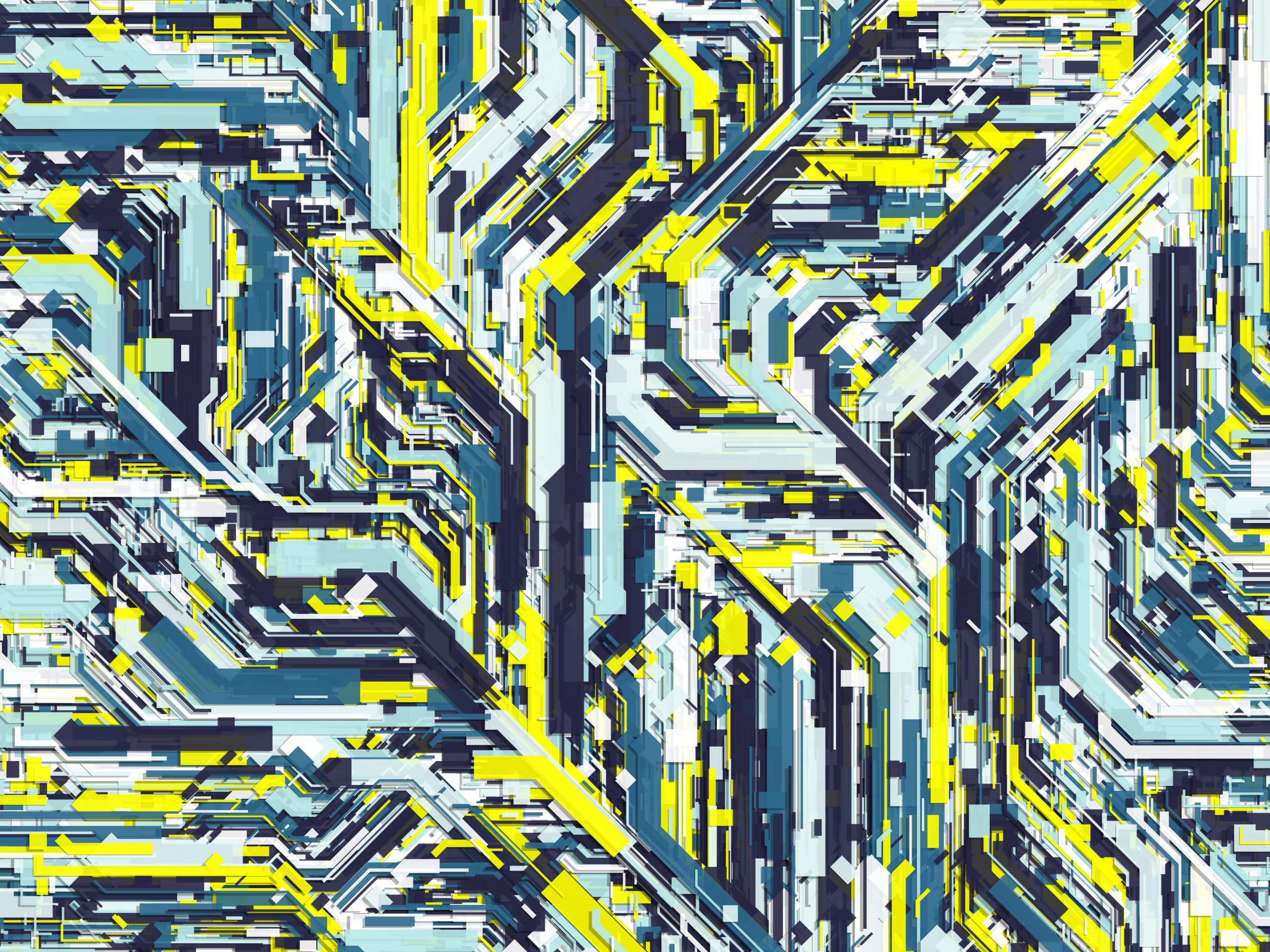 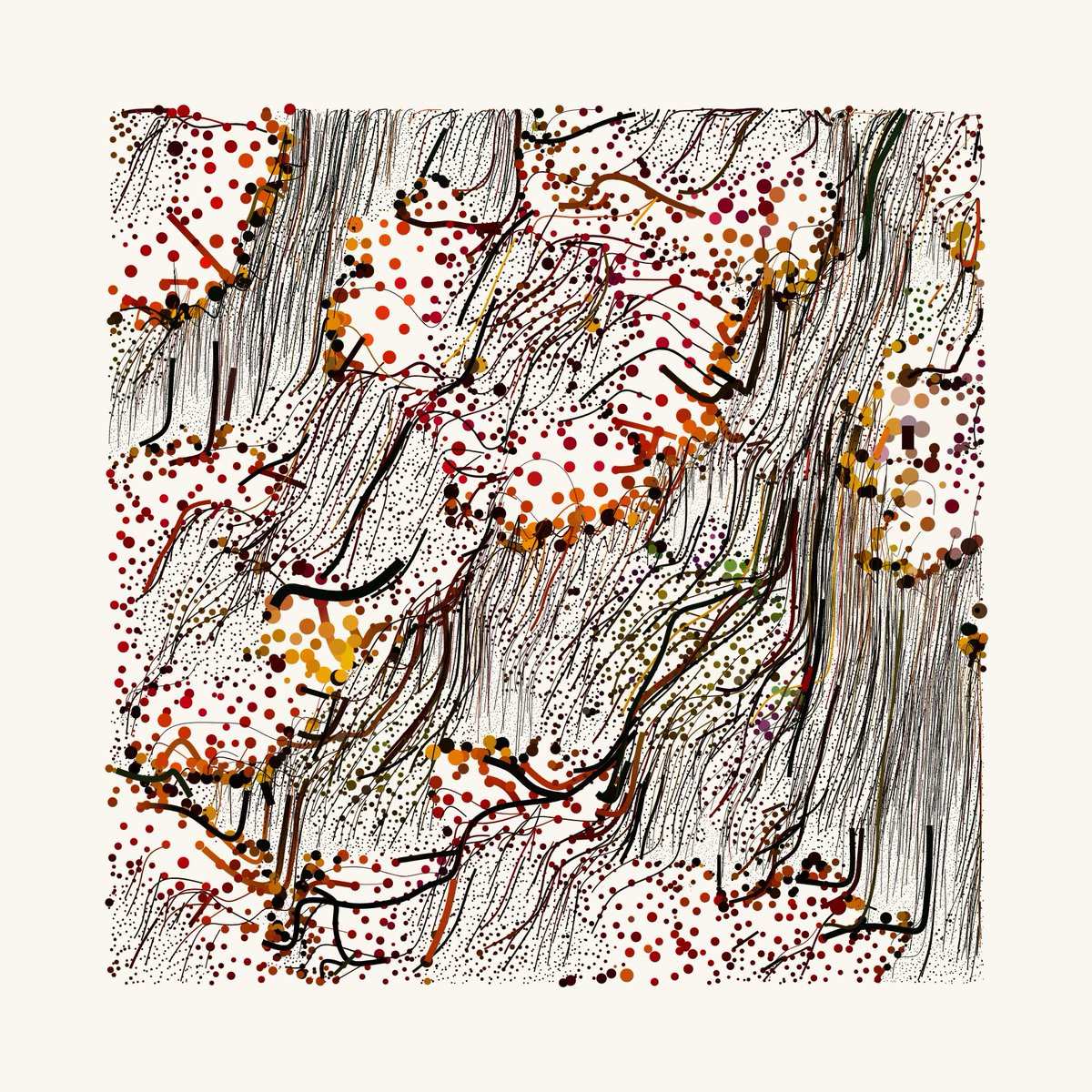 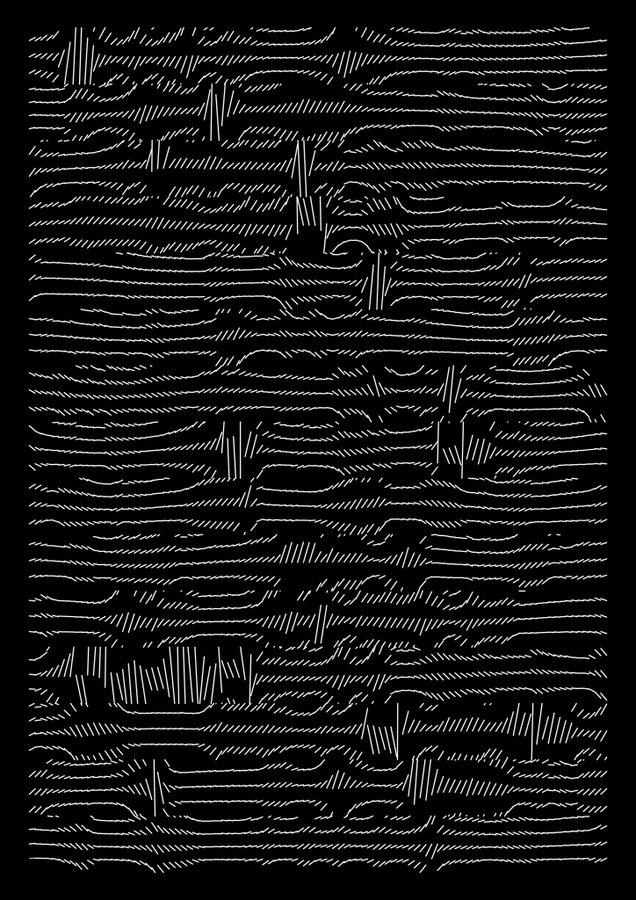 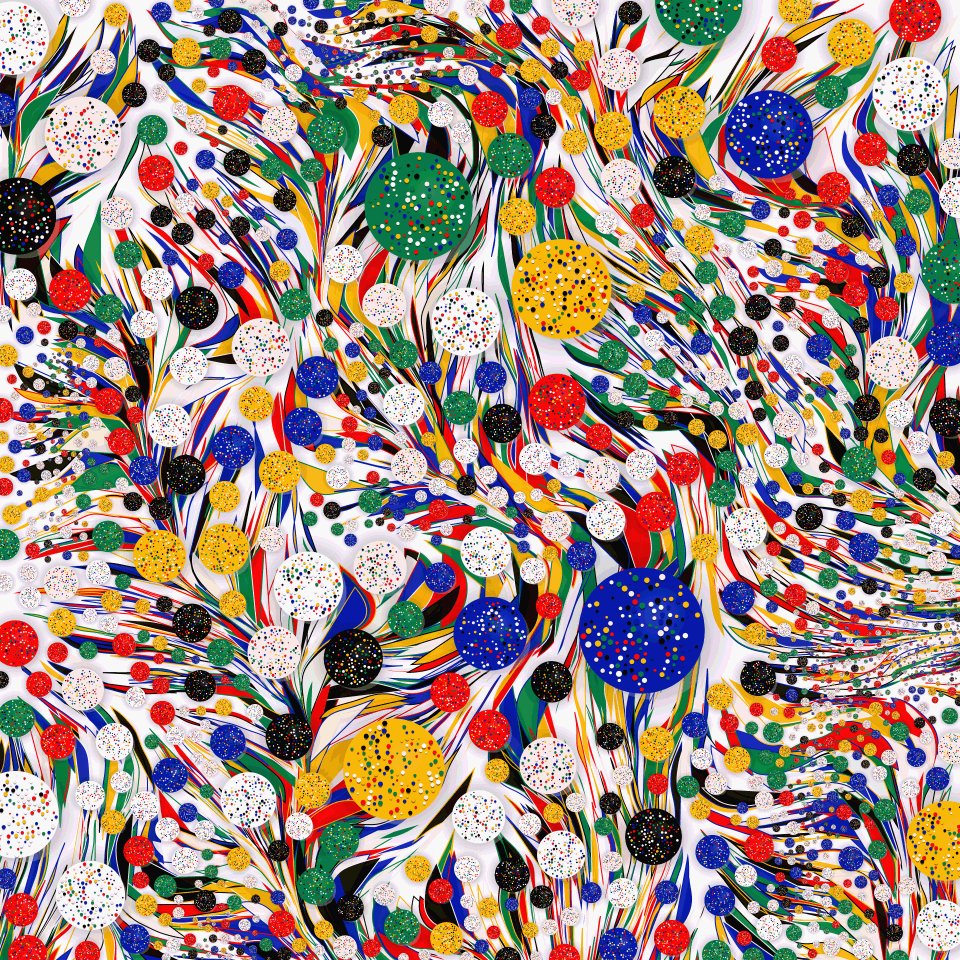 Force lines 4 one of my #fluid particle sims. Theese repel the particles & add tangent force at the same time.Particles have local density attrib which makes them move faster when the density is higher than a certain threshold. #generarive #generativeart #houdini #creativecoding pic.twitter.com/WiZ1hOJWkx

In this article, Tyler Hobbs shows how different algorithms (including circle packing) can be used to seed the initial positions of moving particles — which can affect how a Perlin Noise flow field looks. 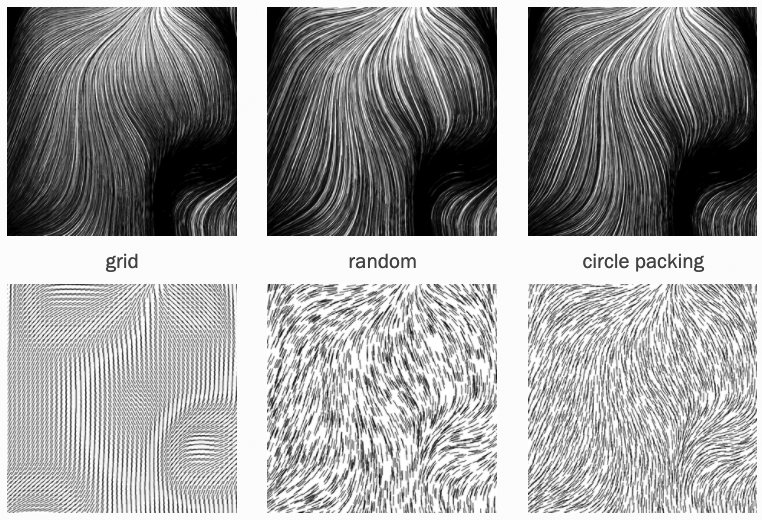 In this example (discussed here), Jason Webb shows how a Diffusion-Limited Aggregation simulation can be expressively altered, when the diffusing particles are not simply moving in a random way, but are moving along gradients of another simulation (in this case, a Perlin Noise flow field).

In this example below, a creator has accelerated a Physarium simulation by seeding the terrain with Perlin Noise, instead of having the terrain arise (slowly) exclusively through the actions of the particles:

Another variation. In this version I seed the "trail map" with chemoattractant ahead of time (with Perlin noise). The previous GIFs have no pre-seeding: the agents themselves are the only means of generating chemoattractant, and this happens at each simulation step. pic.twitter.com/BQafukPZyP