This project is a collection of graphics generated by computer based on the music by visual designer Cyrill Studer. In this project, the graphics are generating and transforming under the influence of music pieces in a subtle but clever and engaging way. This collections of graphics become the music video for this song. I think this is very fascinating for me that they utilize computing as a tool to visualize the music. It allows the viewers to not only experience the music by ear by also by the visual effect. The representation is very direct and related to the common perception, which allows the precise depiction of the music. The visual concept of the entire music video is based on a single form: the ellipse. Through the variation in angles, distortion, arrangement and number of the ellipses, they achieve the visual effect that is closely representation the music in a commonly understandable way and language.

The graphics were generated in Processing, manually controlled and performed with a midi controller and recorded through the Syphon with the Syphon Recorder. 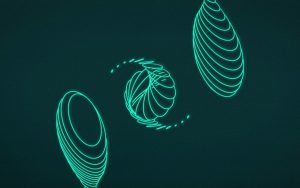 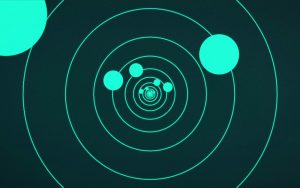 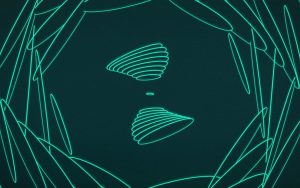 Generated Graphics Based On Music