For my final project, I decided to draw from my work from the kinetic critique, and further explore how a radial array of vibrating motors can not only serve as a feedback device for the blind and hearing impaired, but also how different patterns can carry various meanings and emotions. While the original concept remains similar to that of the previous critique, I completely revisited the context, physical construction, and code structure of the device. In addition, I wanted to really flesh out a specific use case for the device, so I created a robust language and alert system specifically revolving around the act of time keeping.

The previous iteration of the haptic armband consisted of four vibrating motors arranged in a circle around the forearm. One thing I learned from that process is that four manipulation points isn’t quite enough to convey the feeling of rotation and feels more like four separate actuators (which they are). In constructing the improved version, I decided to use six vibrating motors arranged in a similar manner for a couple reasons: first, this fixed the problem of feeling like the device was only separate actuators rather than a radial array; second, having six manipulation points made developing a time keeping language feel much more natural since it more closely parallels the indices on an analog clock. However, any more points and it would become difficult for users to distinguish sensations between adjacent motors. Finally, I made this version adjustable as to create a more comfortable feeling for users.

Since I wanted this device to not only be able to convey emotion, but also information, I went into more depth by creating a haptic language that parallels telling time with an analog clock. Two buzzes are used to indicate the hour, one buzz for the ten minute, and a series of buzzes to describe the exact minute. While I considered foregoing the exact minute since knowing the approximate time is often sufficient, I did not want to sacrifice content for clarity, and instead chose to communicate time down to the minute. In addition, I prototyped several other patterns such as tap, stroke, and grab to be used in different scenarios requiring varying levels of urgency. 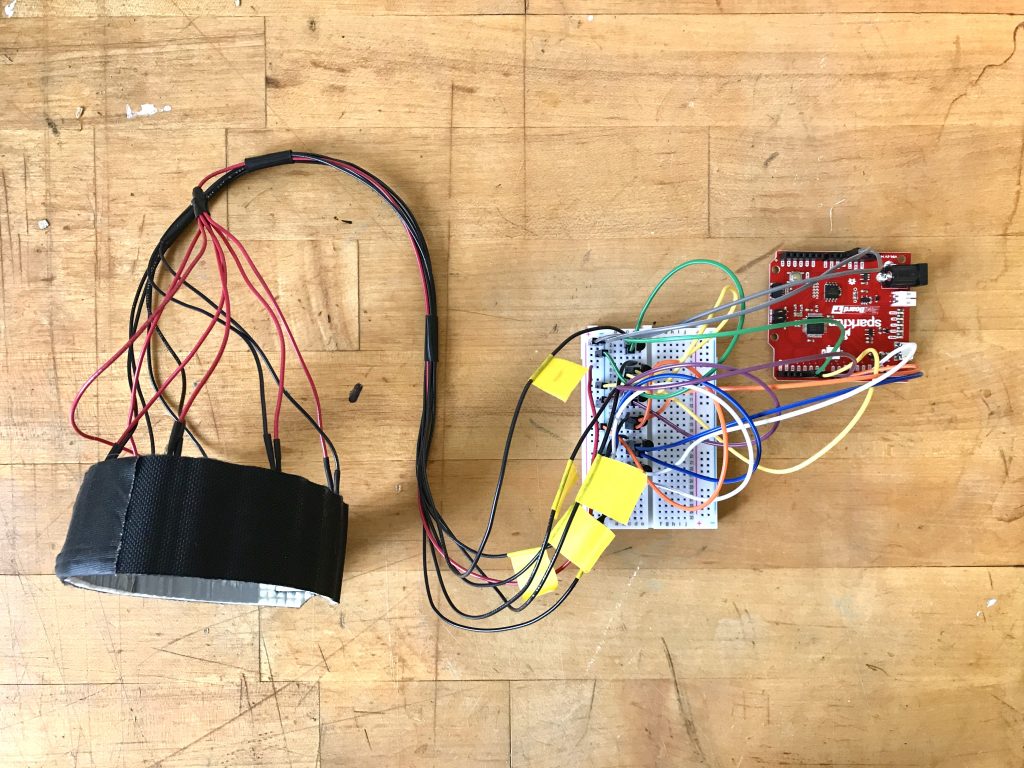 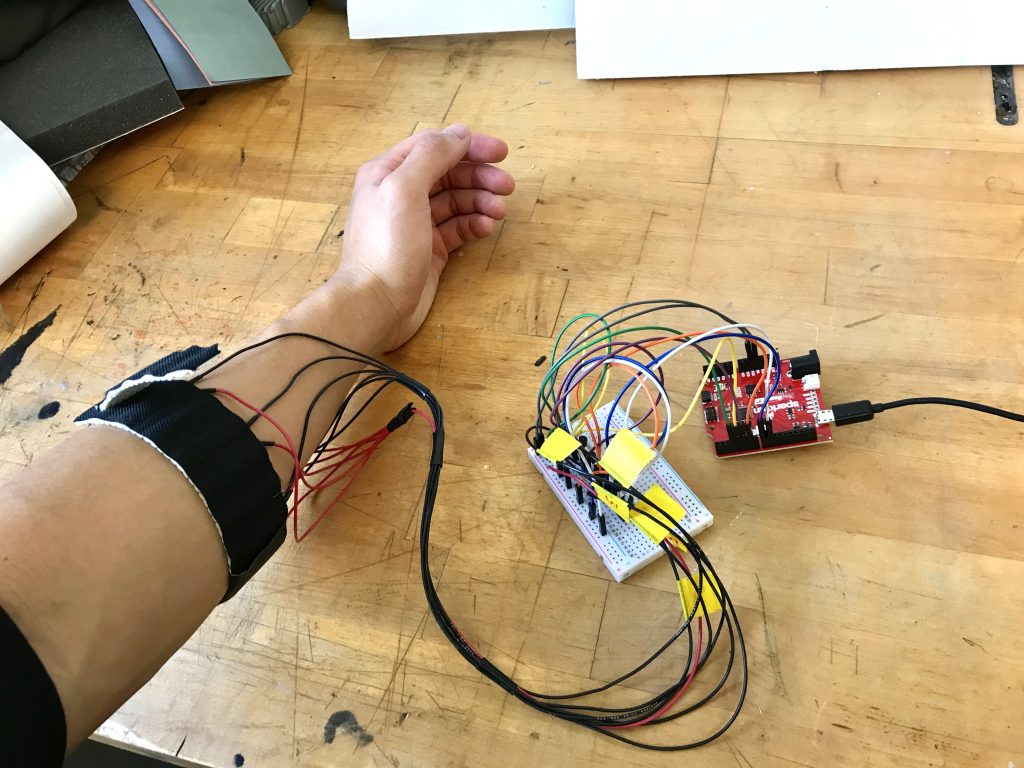 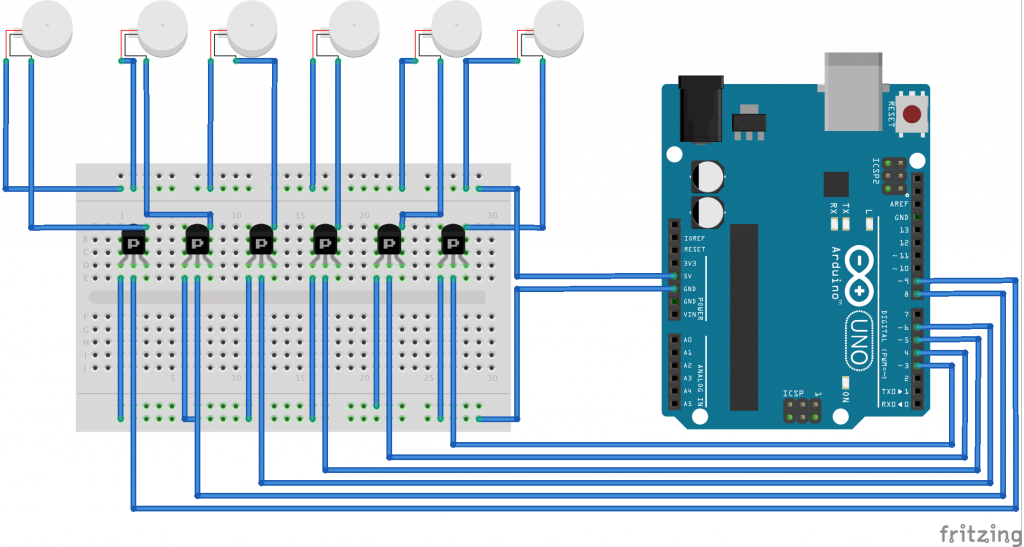 As a student of industrial design, I would like to further explore the form and aesthetics of this object through CAD renderings and other physical prototyping means. In addition, while I did use a great deal of trial and error to define the haptic language I created, I would like to further refine it to add clarity and efficiency for the user. Finally, I’d like to think of even more ways that this device can embody intelligence and become truly interactive such as being able to sync with Google calendar and responding to changes in users’ patterns.