Automatic restroom appliances such as faucets and hand dryers are becoming increasingly popular in public and private applications alike. While this technological innovation has many befits in terms of convenience, sanitation, and energy efficiency, it is also the source of a great deal of frustration when things don’t function as intended.

All too often, I’ve found myself waving my hands vigorously underneath an automatic faucet to no avail. One of my main complaints about the interaction is that there’s no way to know which part of the state machine isn’t functioning properly. Could it be that the sensor isn’t seeing my hands because I didn’t position them properly? Is there simply a delay before water begins to dispense? Or is the sensor malfunctioning altogether?

To solve this problem, I propose implementing a visual feedback system (using multicolored LEDs) to inform users whether any malfunction is due to their own error, or if it is a fault in the electronic system. 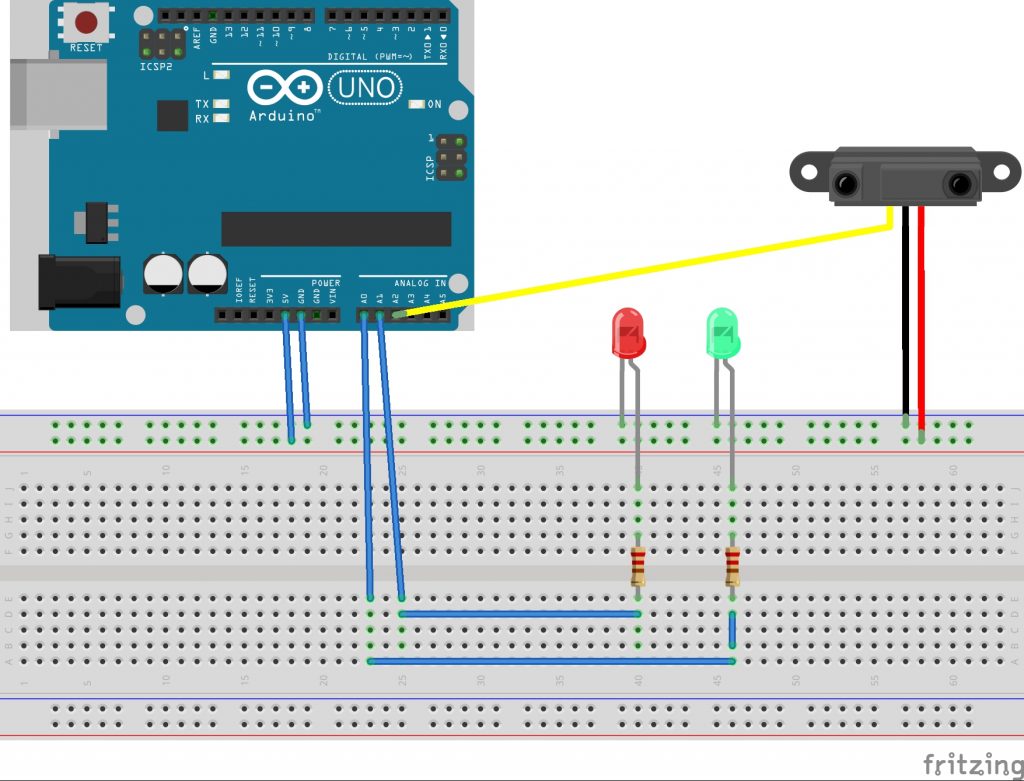 I wired two different colored LEDs (green and red) to serve as a simple, intuitive, visual representation of the states of an automatic faucet. The LED s are directly linked to the infrared distance sensor that serves as an input to the system. If the green LED turns on, the sensor sees the user’s hands. If the red LED is on, the distance sensor is reading a value outside of its range, indicating that the electronic system is broken. In the case that the green LED turns on but water isn’t dispensing after a few seconds, users will know that there is malfunction in the hydraulic system.