Even though I do not have any problems with my hearing, I became a temporary deaf in some situations. For example, when I am listening to music through my headphone (especially, the one with noise-canceling) I cannot even hear my friend talking right beside me or my phone ringing. When I am taking a shower in the bathroom, I cannot hear someone is pressing the doorbell. I decided to focus on these problems. 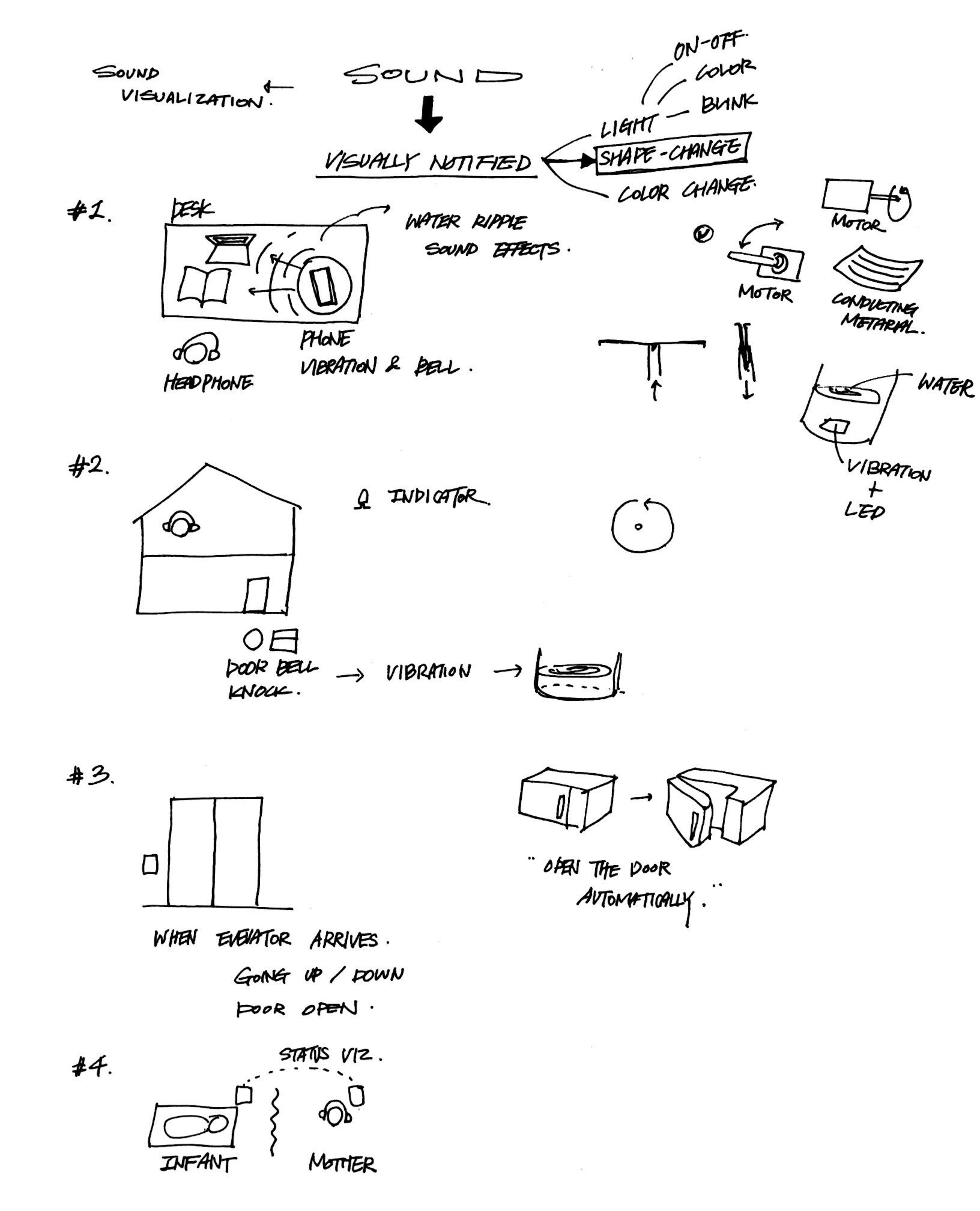 I tried to sketch some situations that are similar and decided to design a system that could visualize sound in many ways. For example, I come up with using motors to change shapes or using vibrators to show the movement of water ripples (which could be also a type of visualization). Other than using lights, there would be various ways to visualize the sounds. I decided to focus on the situation that I cannot hear the bell ringing while taking a shower. For this situation, I realized that using lights would be the best way because there are not many things I could let users get along while taking a shower.

I tried to use P5 JS Serial Control to visualize on my computer, but it didn’t work well. 🙁 I need some help to solve the problem! (and I hope to learn JS as well.)

Hi, I am a Master of Design candidate in an Interaction design program. I have an industrial design background. View all posts by jaeyeonh@andrew.cmu.edu