In the not-so-distant future when everyone is walking around with wireless headphones of some sort, how will people know who they can/can’t interact with? In some situations, I’ve tried to get the attention of someone wearing headphones to no avail; yet other times, I have no difficulty. In addition, sometimes people wear headphones because they don’t want to be bothered, while other times it’s simply of matter of wanting to be able to listen to music or Podcasts. 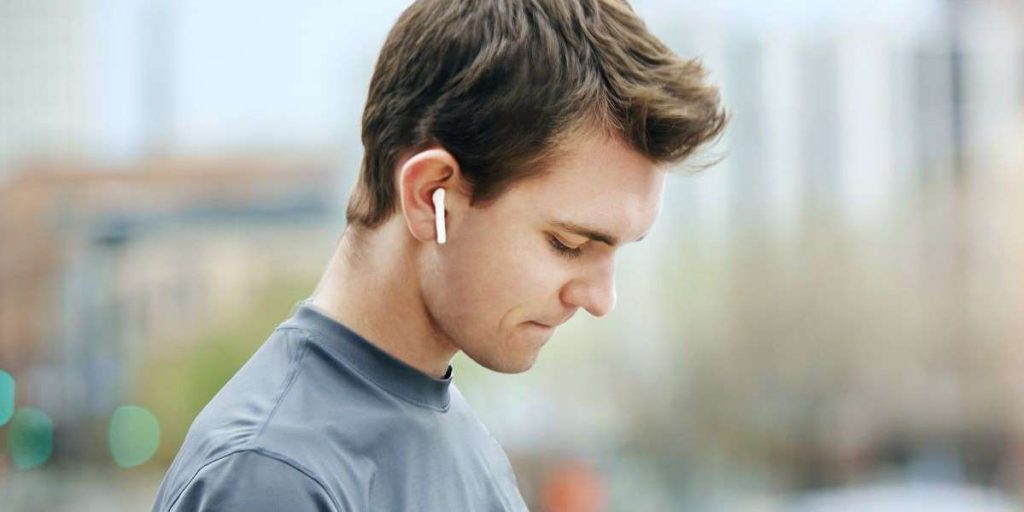 I propose implementing a visual system (using LEDs on the side of the headphones) to let others know whether or not the headphone user can/should be bothered. In the example that I made, a simple green LED indicates a low volume of music and no light indicates that loud music is playing. I think that this simple system has the potential to be a universally adopted method to differentiate the states of peoples’ headphones.

I created a relatively simple Arduino circuit to prototype this interaction. It consists of a sound sensor as an input and a green LED as an output device. When the sound sensor reads above a certain threshold, the LED turns off—indicating that a user is listening to loud music and doesn’t want to be bothered. In practice, this was actually a bit harder to do, and I needed to implement a smoothing function to account for the variability of music as well as the specific sound sensor I was using.