Throughout much of the travel process—especially revolving around airlines and the flying experience—hearing is critical in order to get you to your destination. Audio announcements are constantly being made over airport intercoms such as flight changes, boarding calls, and for lost items. On the plane as well, audio announcements are used by the captain and flight crew to communicate things to the passengers throughout the flight. 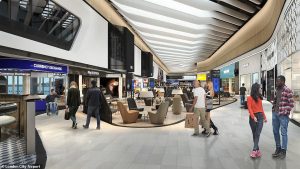 I propose a handheld device that people who are hearing impaired can pick up during the check in process that replaces all the audio announcements they may hear while traveling with tactile (haptic feedback) and visual (LCD screen) notifications. The reason for a dedicated device is that cellular reception/service is often unreliable, especially when traveling outside of the country. Once users reach their destination, they can simply return the device before exiting the airport.

This solution would certainly require airports and airlines to change the way they operate in order to create a more inclusive environment; however, I think such a system would be very beneficial for the community, and may even have benefits for helping with the language barrier during international travel. 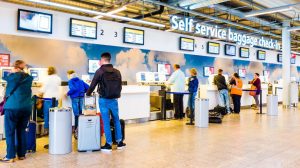 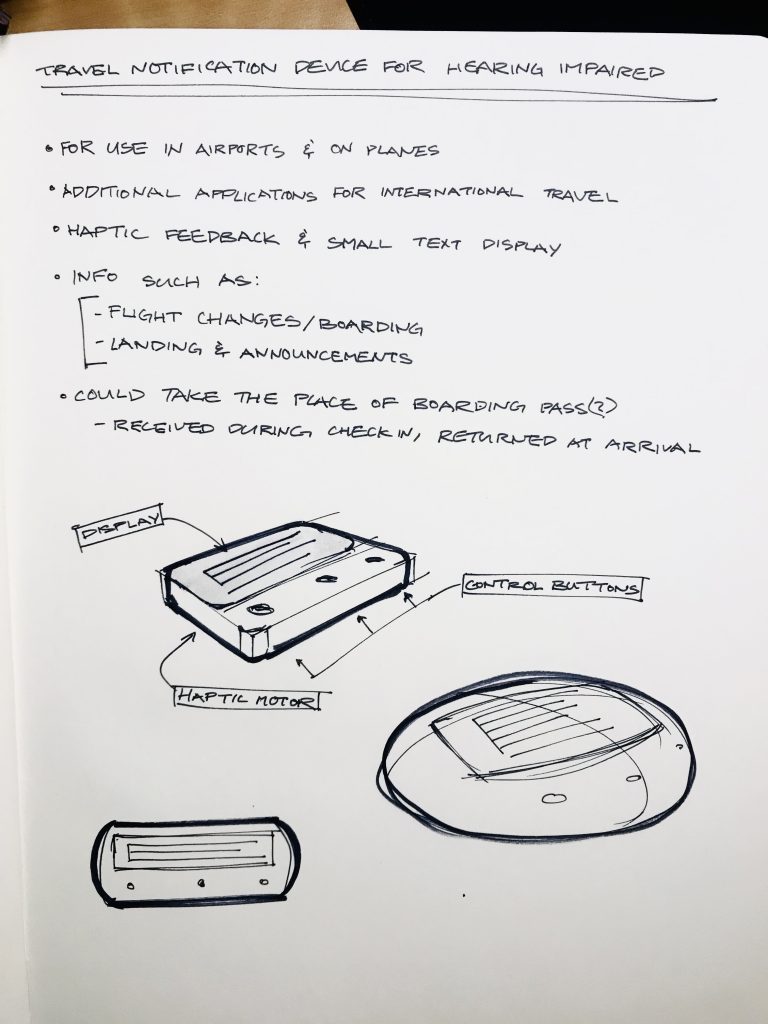 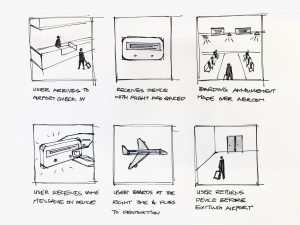 In order to prototype my concept, I created an Arduino circuit using a LCD screen, a haptic motor, as well as three input buttons to simulate different scenarios that one may run into while traveling.

When one of the input buttons is pressed (representing an announcement being made), the haptic motor will vibrate in a specific pattern before a textual message is displayed on the screen such as, “Your flight SW815 is now boarding at gate 11!”

Messages are kept short so that users can receive the information they need easily, and they can go online or to a help desk if they need further assistance. My hope is that users who travel frequently will be able to learn the different vibration patterns for different messages in order to create a more seamless notification system. 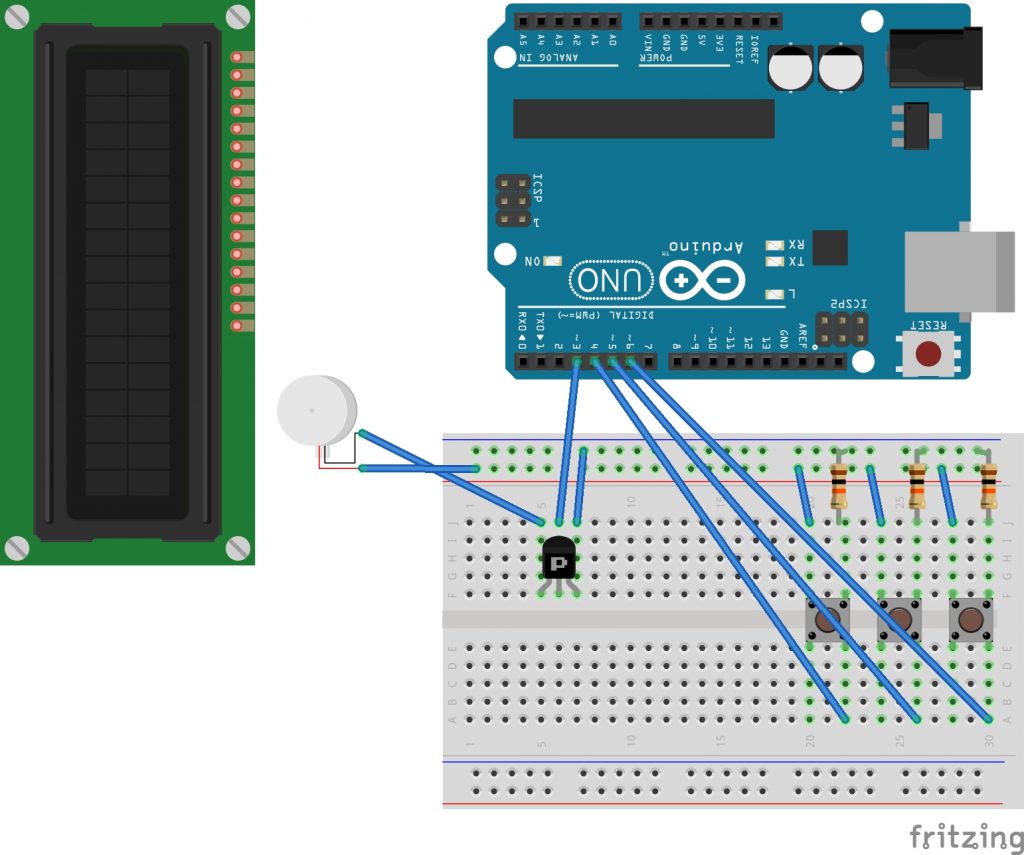