Problem: In contemporary cars, its common for backup cameras to have additional visual aids such as guiding lines and audio feedback such as a dinging that gets quicker the closer you are to an object.  Rarely, there are haptics in the seat as well.  These haptics are often bad, and may even be different based on where you’re sitting in the seat or how thick / how many layers are between you and the seat.  Further, its the same feedback no matter the road conditions, something drivers want to be aware of. 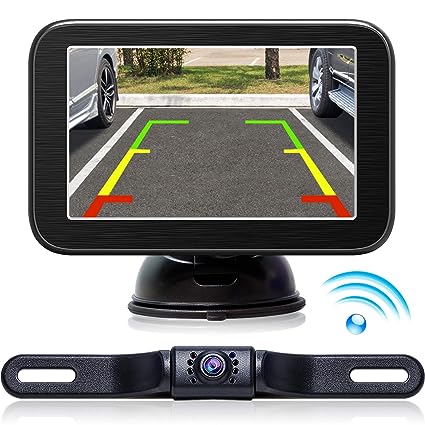 The Solution: First, the audio dinging does not really communicate exactly how much left you have to go, instead forcing drivers to rely on constantly slowing their pace to match it.  This can be useful in forcing more exact drivers, but can often be annoying.  It is also not available for hard of hearing drivers.  Therefore, a physical system that represents in miniature how far you have left to go would also be good.  This is constructed here as a rotating servo, ideally fixed to some reference point in the car like a level.

Second, road conditions are not communicated with the current back up camera system.  While it could be obvious to look outside the vehicle and see snow, ice can often be more inconspicuous.  To emotionally communicate this state, I thought it could be fun to have the backup device become “nervous” and shiver/shake, alerting drivers that something is off and they should be extra careful.

Proof of Concept: Primarily, a distance sensor driving a servo, with additional input from a potentiometer approximating “iciness” of the roads.  The servo rotates similar to a weather vein based on distance to and from whatever object is in the rear, and is more or less “nervous” (see video) based on how bad the road conditions are.  These are, respectively, a fixed amplitude and a variable frequency of a sin function.