General Problem: One of the most common sources of frustration and/or stress during road trips is running into a speed trap on the highway. No matter what speed you are going, everyone seems to tense up for split second when they see a police car in the distance. Sudden slow-downs or stops on the highway can be extremely dangerous, especially when other drivers do not slow down accordingly. Is there a way to alert drivers as to law enforcement locations to give them ample time to adjust speed safely?

General Solution: Utilizing different sources of data, cars could install haptic feedback systems in steering wheels to alert drivers as to law enforcement locations. When you see a police car, it is often too late to really change your speed, especially safely. This haptic feedback system would take in data sourced from either local police departments (maybe) or crowd-sourced from apps like Waze to determine where police cars are lined up. Based on their locations, your car’s location and speed, the current traffic and weather circumstances and potentially geography of the area, this new gadget would determine a certain distance from the police car that you should begin to adjust your speed in order to avoid getting a ticket and doing so safely. The best feedback for this gadget would be two points of haptic feedback in the wheel. This would allow the driver to still focus on the standard audio and visual pieces of feedback their car already gives them, but a strong buzz on the wheel would be hard to ignore.

Proof of Concept: This prototype uses the following materials: 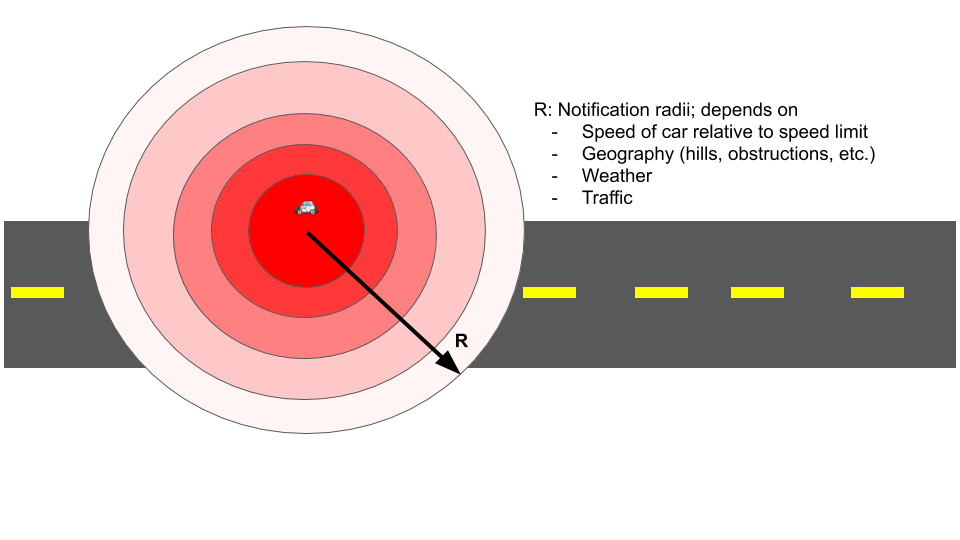 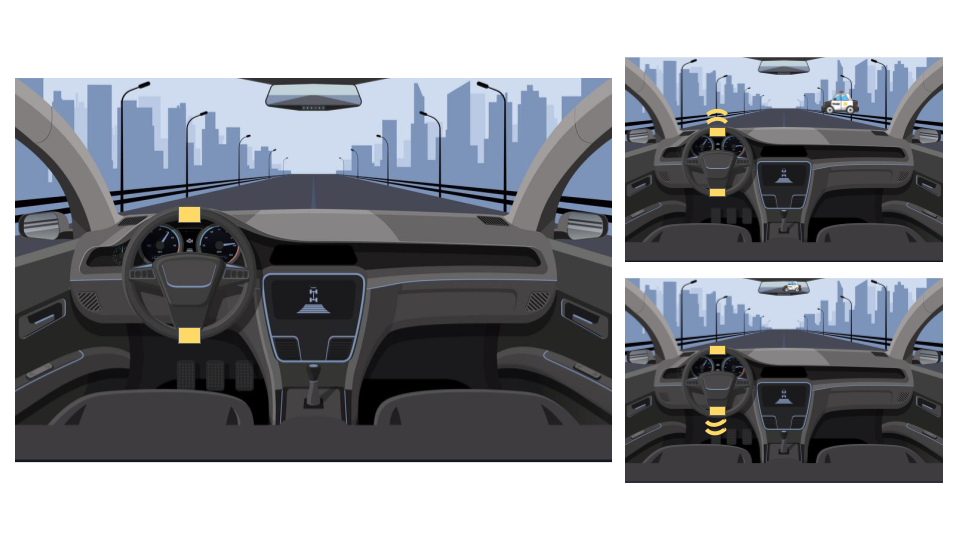 More Thoughts: I wanted to tackle the vibration motors because Jet mentioned it was hard to smooth them/make them less noticeable or shocking to people. I tried a few things and nothing quite did the trick which is why I ended up “coding” the varying distances using patterns not intensity. Also, these vibration sensors are tiny and fickle little pieces of hardware for future reference.

I'm Conor and I'm a 2nd-year grad student at the Entertainment Technology Center. I got my undergrad in Mechanical Engineering (with minors in Design and Psychology) from the University of Notre Dame. I am really interested in theme park design, experience design and integrating physical components into XR experiences. I have some Arduino programming experience (it's been a few years), have designed different experiences for ADA compliance, and have full use of the ETC woodshop. View all posts by ctriplet@andrew.cmu.edu