Haptic feedback as a means of delivering information to the visually impaired isn’t a new concept to this class. Both in class assignments and in products that already exist in the real world, haptics have certainly become a proven tool. However, I feel that there has not been much consideration as to the more specific sensations and interactions that haptics can provide.

With this project, I attempted to create a haptic armband that adds another dimension of feedback: spacial. By arranging haptic motors radially around the arm, I was able to control intensity, duration, as well as surface area in order to create different sensations. Controlling these variables, I recreated the sensations of tap, nudge, stroke (radially), and grab.

In terms of applications, I think time keeping could be a great illustration as to how different sensations can play a role. For example, a gesture such as a tap or nudge would be appropriate for situations such as a light reminder at the top of the hour — on the other hand, a grab would be more suitable in situations such as an alarm or if a user is running late for an appointment. Other more intricate gestures such as a radial stroke could be for calming users down in stressful situations. 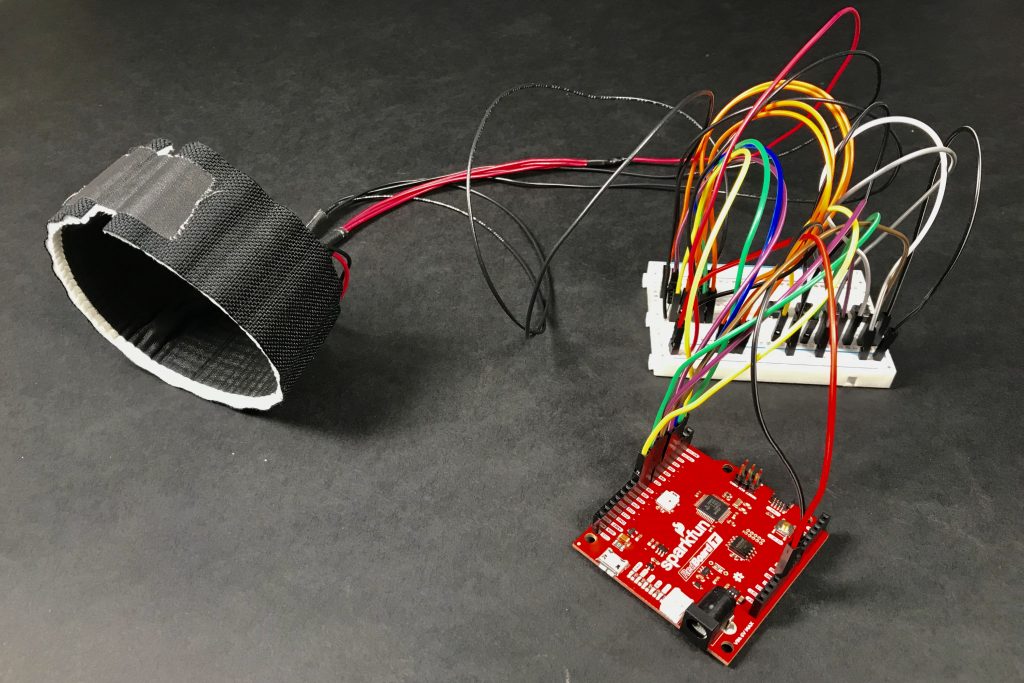 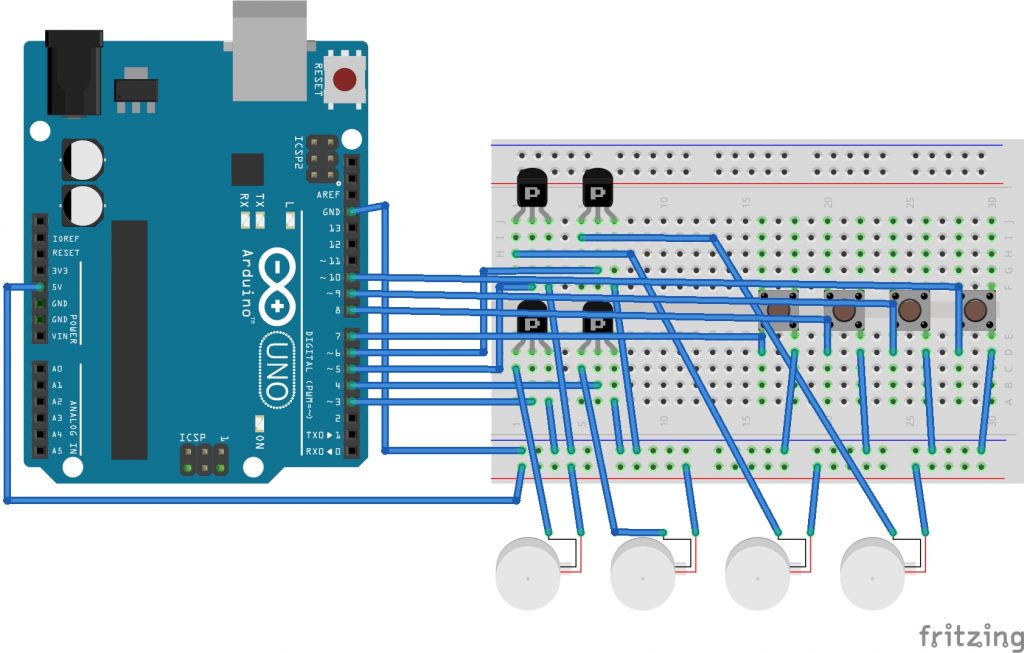