For people who work at desks, it can be hard to track when one is tired or needs a break. In these scenarios, they might be inclined to push themselves too hard and damage their health for the sake of productivity. When one is in a state of extreme exhaustion, it is very easy to make simple mistakes that could’ve otherwise been avoided or be unproductive in the long-run. With a cloudy mind, it can be difficult to make clear, thought-out decisions as well. In essence, knowing when to get rest vs. when to continue can be impossible in certain work situations.

An Arduino with an accelerometer to represent the state of the user (awake, dozing, or asleep) with a button to allow the user to signal when they are intentionally planning on taking a nap.  While the system can be fully functional in this manner, the system could also use a machine-learning strategy through a camera to detect the three previously mentioned states as well. The system should have two type of states, one in which the Arduino is looking for whether the person is in an asleep state or is planning on going to sleep and another in which it acts as a timer, counting down to sound an alarm.

The Fritzing sketch shows how the accelerometer and switch are set up to feed information into the Arduino as well as how the speaker is connected to the Arduino to receive outputs. Not pictured, is that the Arduino would have to be connected to the laptop which houses the p5.js code. In addition, the potentiometer here is included as volume control (for my ears’ sake). 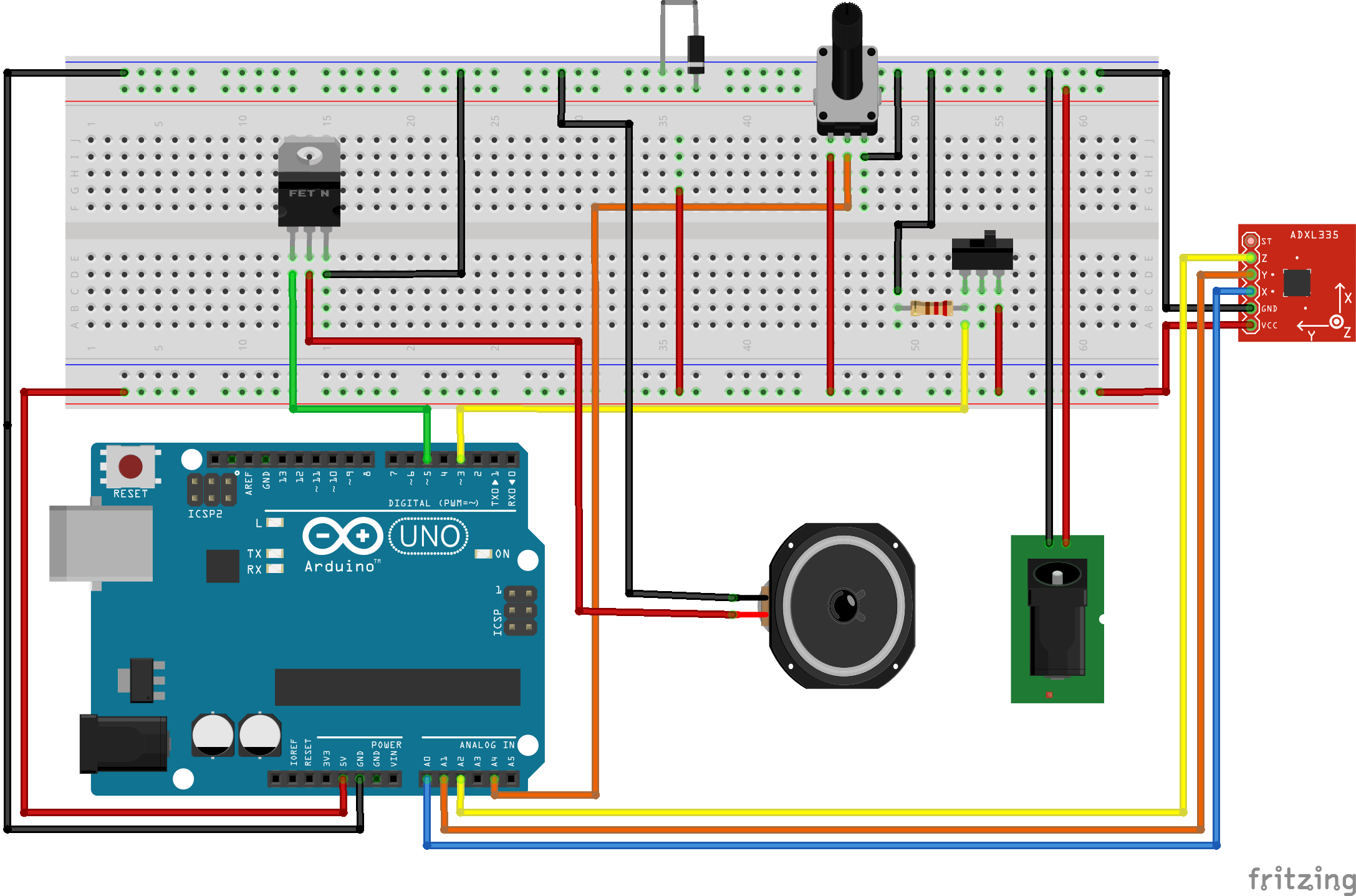 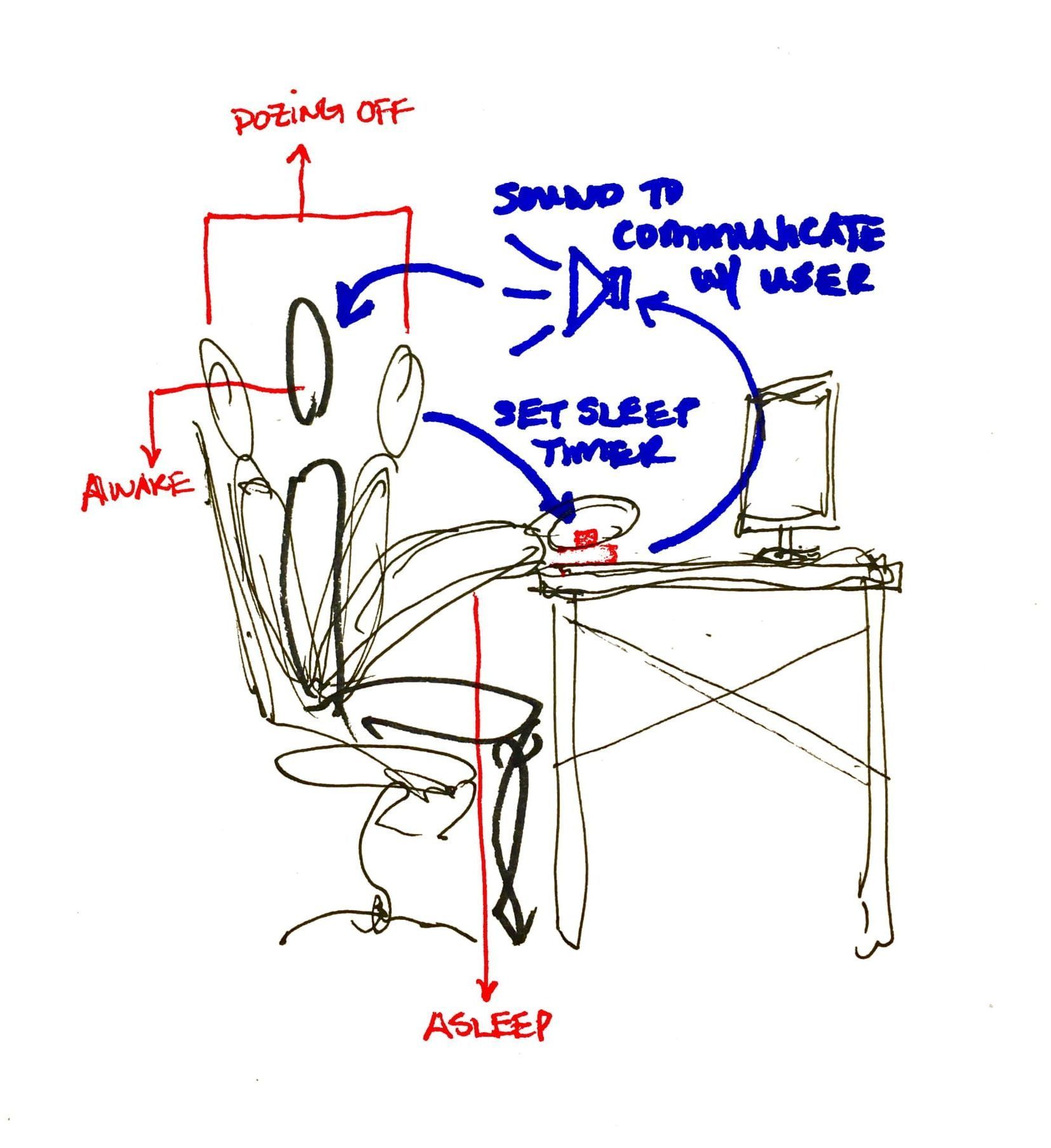 The user’s pitch (or their perceived state) is sensed using an accelerometer (or camera) which informs the device of whether the person is awake, dozing off, or asleep. The user can also input a signal that they will be taking a nap which will also set the alarm for a full REM cycle. This system could be further improved to take into account one’s schedule, the frequency of the naps, etc. to begin making other suggestions to the user.

One thought on “Desk Alarm Clock”