Current home alarm systems often use motion detectors positioned outside/around the house in order to detect potential threats to a home’s safety. However, these systems rarely take into account parameters such as the detected motion’s speed, sound, and other such patterns. Because of this, small animal movements and other anomalies can cause false alarms—making these systems unreliable.

For this project, I chose to focus on speed as a specific use case for this outdoor alarm system. Depending on the speed of the motion detected by the multiple break beam sensors, the system emits different sound patterns to embody various levels of urgency. For example, a fast motion would likely be reason for alarm, thus being associated with the least pleasant sound and signifying that users may want to call authorities. On the other hand, a slow motion emits a less intense tone that tells users that they may just need to check on what’s happening. 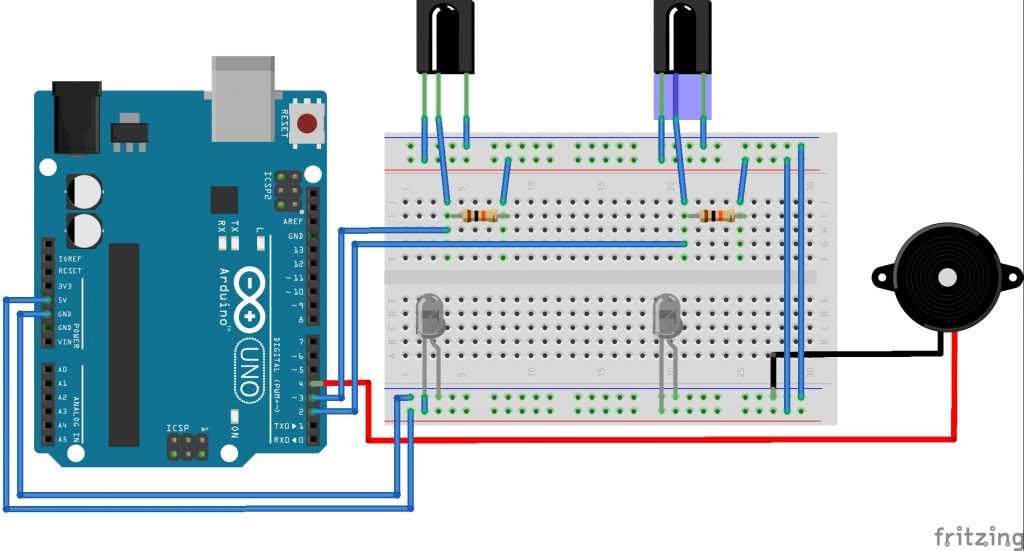