Synesthesia is a neurological phenomenon where triggers of one sense create the perception in the brain of a different sense. For instance, a sound or note giving the perception of a color. This concept has been explored in works of art including Gershwin’s Rhapsody in Blue, or in the musically inspired paintings of Kandinsky and Picasso.

This project aims to evoke those same connections by controlling music with visual stimuli. Additionally it has the potential to allow a visually impaired user to experience art through synthesized music. Through the use of a camera and a computer synthesizer, Synthesthesia plays a simple musical composition with four parts each with its amplitude controlled by aspects of the image captured by the camera.

The percussion is driven by the overall brightness of what the system sees. Bright images evoke louder drum beats, and as the light fades the volume of the drum beet fades with it. Similarly three different synth tracks are controlled by the red, green, and blue intensities in the image. Blue plays a saw toothed bass sound, green is a sequence of bells, and red is a synth lead.

The initial hope was to package the whole system into a handheld device with audio, video, processing, and a battery. However, the Raspberry Pi Zero was unable to handle the load. That said, there is no doubt that in the next five years the necessary processing power can be easily placed in the palm of your hand. 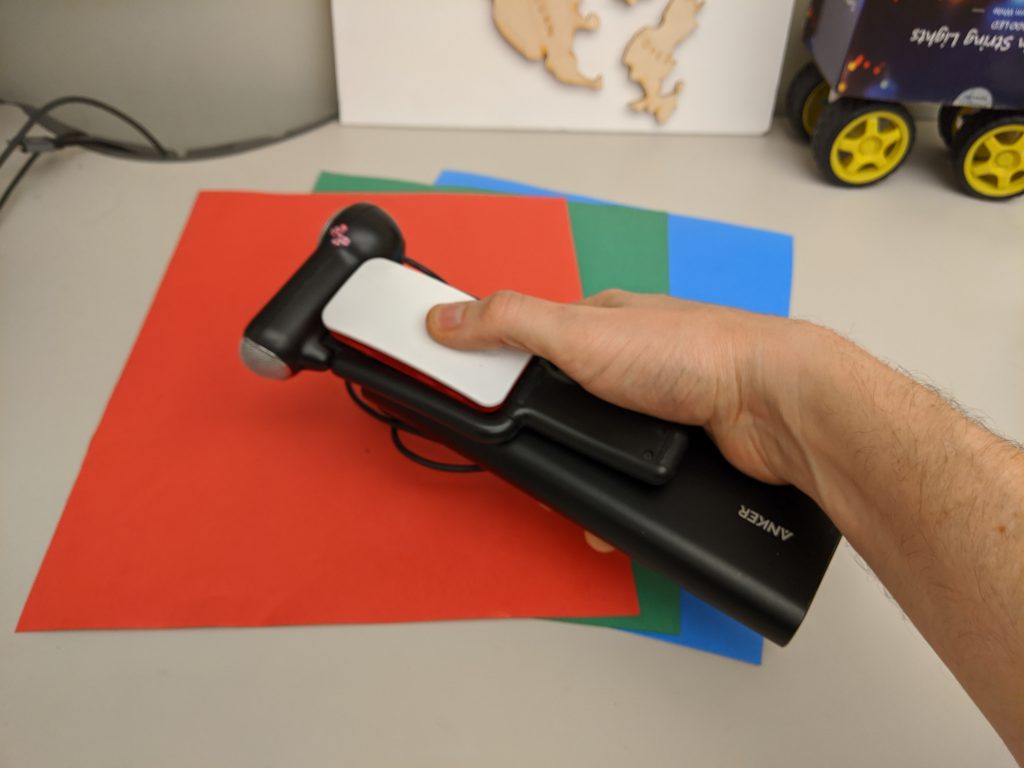 For now, the camera and audio is processed and synthesized on a laptop. A Python program using OpenCV takes in video from the webcam, and measures the average brightness, as well as the amount of red, green, and blue in the image. That triggers Sonic Pi to adjust the levels in the loops.

In OpenCV it can be tempting to just grab the RGB (or as they call them BGR) values, but these values tend to swing more than you would think with variations in brightness and shadows. Instead converting to Hue Saturation and Value (HSV) allows for isolating by color (hue) range independent of the brightness. From there, just taking the average across the whole frame gives a pretty good level that can easily be scaled and passed into an OSC message.

On the synth side, Sonic Pi allows for creating multiple synced loops. In this case I made four: beats, red, green, and blue. Each listens for an osc trigger, and uses that to set the amplitude of the samples and synths. These are each saved as individual files. Red, green, and blue are tied to the beats loop for syncing, so it’s best to start each of them first, and then all will trigger together when you run the beat loop.