I first saw this work during one of the Artist Lectures hosted by the School of Art last year. Ian Cheng’s computer generated simulations, which he titles Emissaries, are ever changing environments and narratives. There are three Emissaries, based all in different environments. One is based in a Volcano, another in a fertile crater, and the last is based in an Atoll.  In his process, he draws from the works of Darwin and the concept of video games. The simulations are essentially video games that play themselves; video games that become an avenue to explore deeper themes such as evolution and behavior. 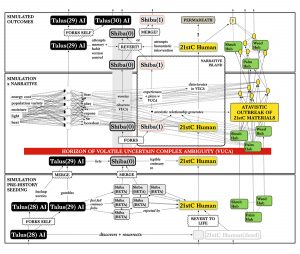