Meandering River is an project that tried to capture the gradual changes and movements of our world rather than just one single snapshot. Based on the sound generated from the river, Onformative used a custom-written algorithm that reinterprets fluctuating river patterns in order to translate the subtle changes in our nature to a visual effect. For me it is very fascinating that they visualized something that is subtle, gradual, easy-to-ignore but certainly happening in our world using computing method. Also, it is fascinating that their ability to deal with the sound data and other senses that are not sight related but eventually visualize these data. For them, art is not a still snapshot of one moment, but a mutative testimony of time, space, and nature. 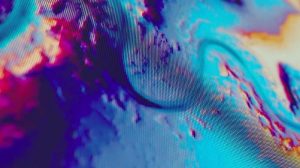 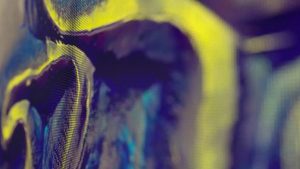 Details of the Surface 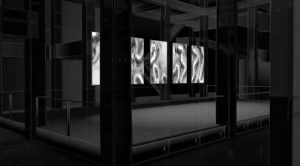 Details of the Surface

The other project they did for sound is the Unnamed Soundsculpture. This moving sound sculpture is based on the recorded motion data of a dancer. They used 3 different Microsoft Kinect cameras and recorded the movement into 3d pointclouds that were synced and exported as one large data set. The final visual effect produced is that particles moving and forming shapes according to the movement of the dancer, which coordinated with the music.