I have recently read up and seen on the news some of the amazing things that SpaceX is currently doing with privatized space launch. Although this topic is not completely related to the field of Computer Science, I think it is clear the applications and uses on a small scale at the very least. Launching a rocket in to space requires many hours of planning and coordination among a large team of engineers, programmers, designers, mathematicians and I’m sure there or more people involved than just these. 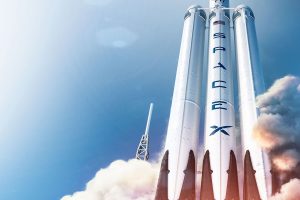 So far, SpaceX has launched 56 missions into space. Something very much unheard of from a private agency. Nearly all missions besides satellite launches have been from government agencies around the world. SpaceX is making strides in many ways to making space flight cheaper, more reliable and more frequent. Elon Musk, in his initial presentation explaining some of the work SpaceX had been involved in, showcased the success of previous flights. He also his exposed his intent on making one of the largest rockets ever made.  It is called the BFR and will weigh over 1500 tons. He plans to launch this rocket capable of carrying over 1000 tons of supplies and being able to house over 100 passengers within the next few years. The reality of commercial space flight seems far closer than I might’ve ever imagined.

This topic is very inspirational to me because I’ve always looked at the stars with awe and even the ability to go to space excites me. I once even thought of being an astronaut. SpaceX was founded in 2009 and since then has implemented many new techniques for space flight. They have developed countless new computer programs to autonomously land and take off reusable fuselages. These programs are industry leading and innovative in terms of space flight. They are exciting and new discoveries for humanity and space travel.