How to run: download and unzip the folder, then open the index.html file in your browser of choice, mine being Firefox.

For my final project, I worked utilizing turtle graphics to create a game and drawing software. I used the turtles like a snake from the game of the same name. Thus, I decided on the name Snakle for my game. The main game is a two player competitive game in which each player is trying to make their snakle the longest by outlasting the other player. Player one is blue and player two is red. The game keeps track of score and displays the winner after each round, so the players can continue playing to a certain score. The drawing feature is based off of a similar concept to that of the game, where you control a single snakle in four directions with a color palette. It works very similarly to an Etch-A-Sketch, but you can click to move the snakle elsewhere. 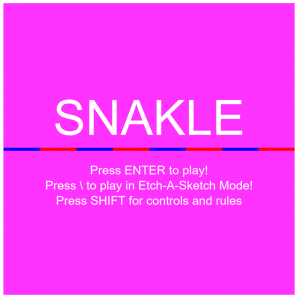 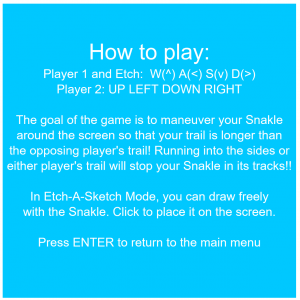 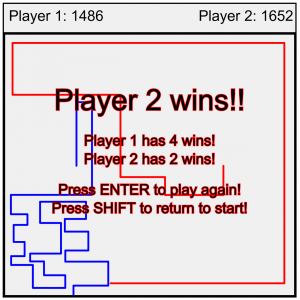 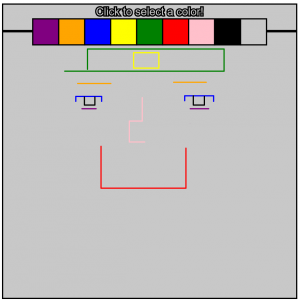