Groupon is a service website and app where people are able to buy goods and services in groups for a discount. This project started as a side project for a small team who was working on a platform that focused on getting people together into online groups to solve problems. They decided on using the concept of group buying in order to make money.

Initially they sent emailed group coupons to people daily, but in around 2009, they developed their own software which people could use to easily browse the coupons in their local areas. 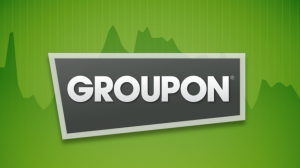 Their website is not artistic in the very least. But I am inspired by how such a small idea could turn into one of the most popular software in the world. As a designer, I wish that the website and app would adopt a more aesthetically pleasing form, but I can’t deny that it is practical.