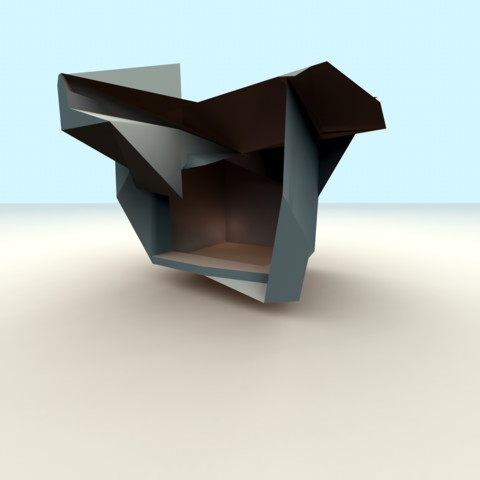 Alex Dragulescu developed a program which analyzes the content of spam emails and translates the variety of text patterns and keywords into three-dimensional architectural models which appear to have ‘grown’ from the base form of a cube. I particularly admire this project because it uses spam, something which is generally perceived as bothersome digital flotsam, and translates its contents into a work of digital art. The idea that words which are worthless in one form can produce very interesting meanings when passed through a particular algorithm is very exciting, and I feel that this project, as well as the columns made by the algorithms of Michael Hansmeyer, are both great examples of the potentialities that coding provides in the search for new spatial configurations. This sort of process of making something valuable from what many would consider digital ‘noise’ is a concept i would like to further explore, and I am also very intrigued by the idea that a known algorithm can produce unanticipated results which seem to mimic creativity. I think that the creative possibilities of this sort of programming is very promising and that it could change the way that designers work in the future.