The projected I chose for LookingOutward10 is Poly Thread by Jenny Sabin. Jenny Sabin is an architectural designer that investigates the intersections of architecture and science, and applies the concepts of math and biology to material structure. Sabin is an associate professor and Director of Graduate Studies in the Department of Architecture at Cornell University. She is a member of the Nonlinear Systems Organization and co-founder of Sabin+Jones LabStudio.
The Poly Thread project is mathematically generated and inspired by cellular networks. The material used, the fabric structure, is digitally knitted, and connected and held together by fiberglass tubing.
I like the project because its form is generate by computer but inspired from the form of cells, which is nature. It is organic and dynamic. As an architectural installation, this form can be applied to architectural design such as facade.
You can read more here 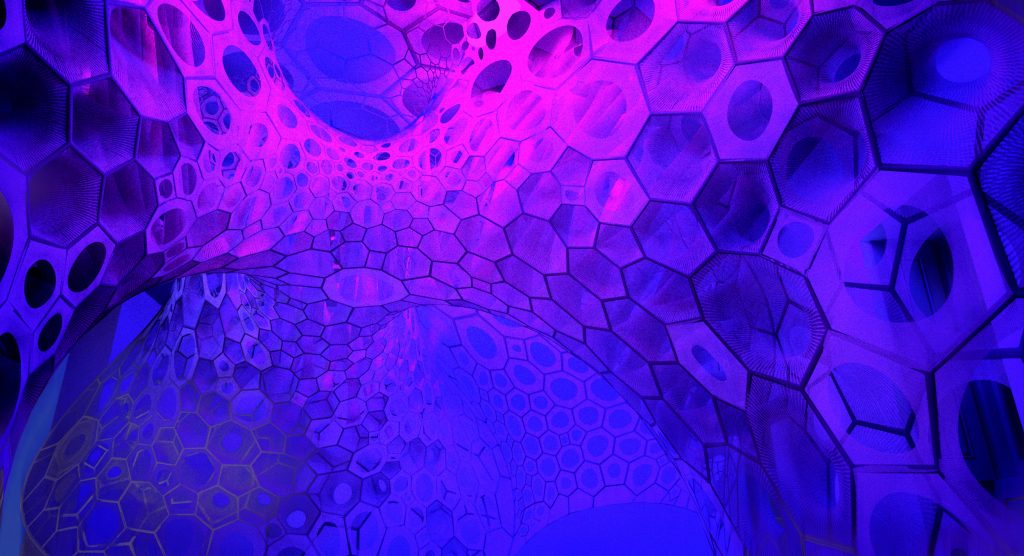 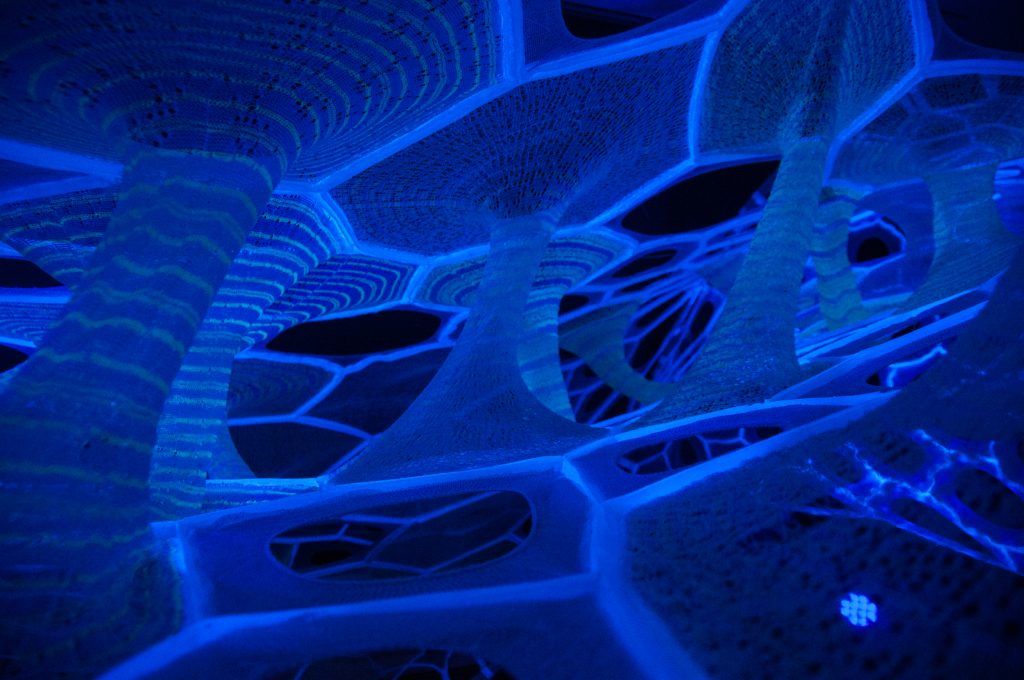 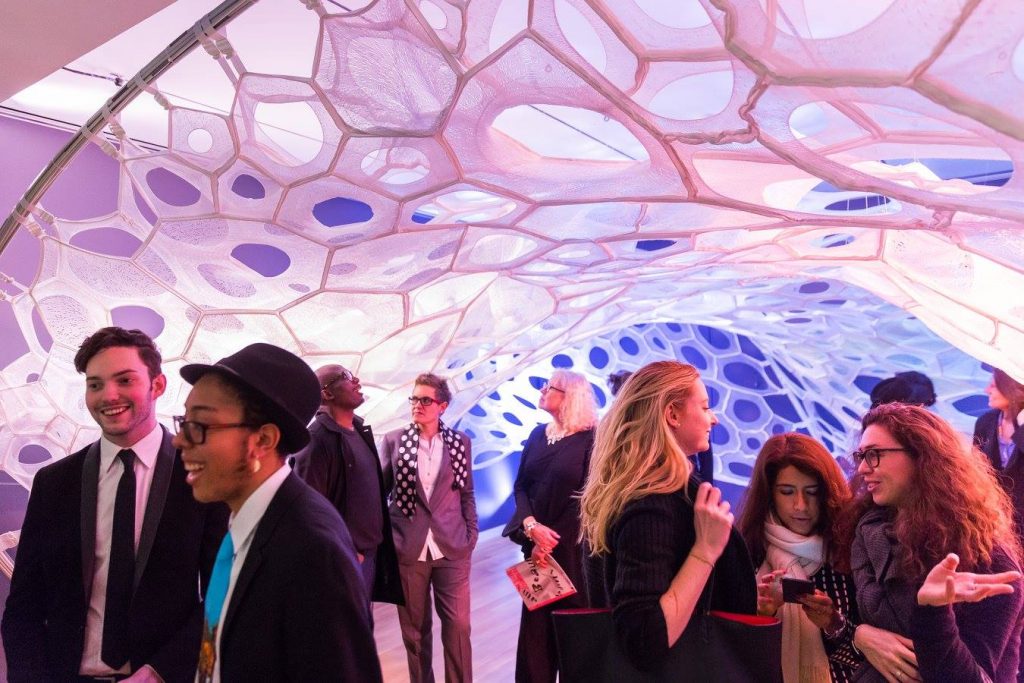