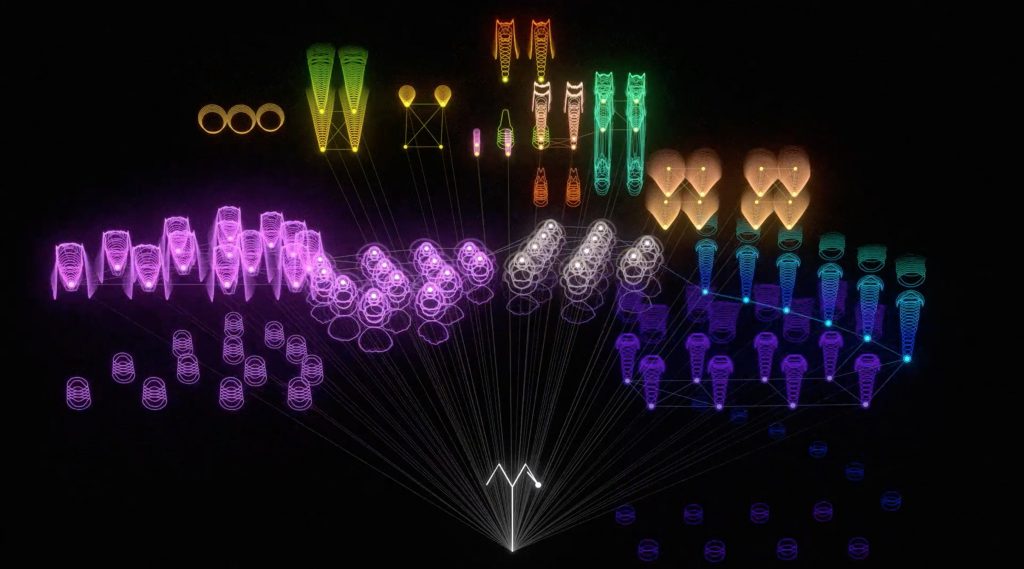 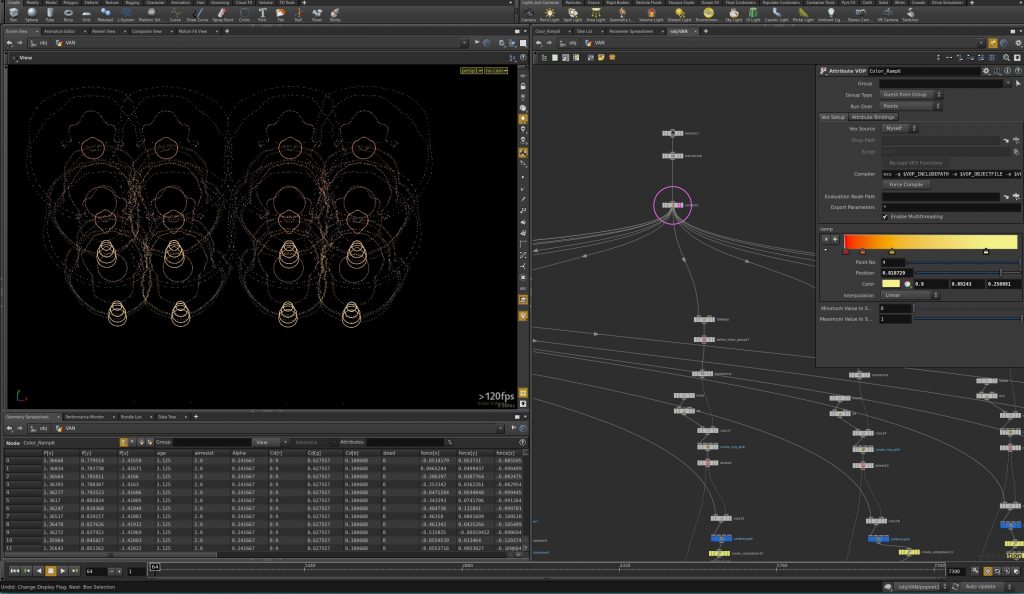 Simon Russell’s project, The Creatures of Prometheus, is a series of Generative visualisation of Beethoven’s ballet. Houdini, the algorithm used to generate visual effects, reads the notation and emits particles using the pitch to derive their height and amplitude to derive their speed. The color of the particles emitted is also affected by the volume of each node.
This project might not be the most visually compelling computational music. However, I admire this attempt to break down, analyze and display aspects of music through an accurate function. Math is involved in the process of visualizing, rather than feelings or emotion. I think this is the true visualization of music.
For the algorithm, I’m guessing it can take a piece of music, analyze and turn it into some sort of data, and use the data to generate geometries according to the user’s setting.
Read more here