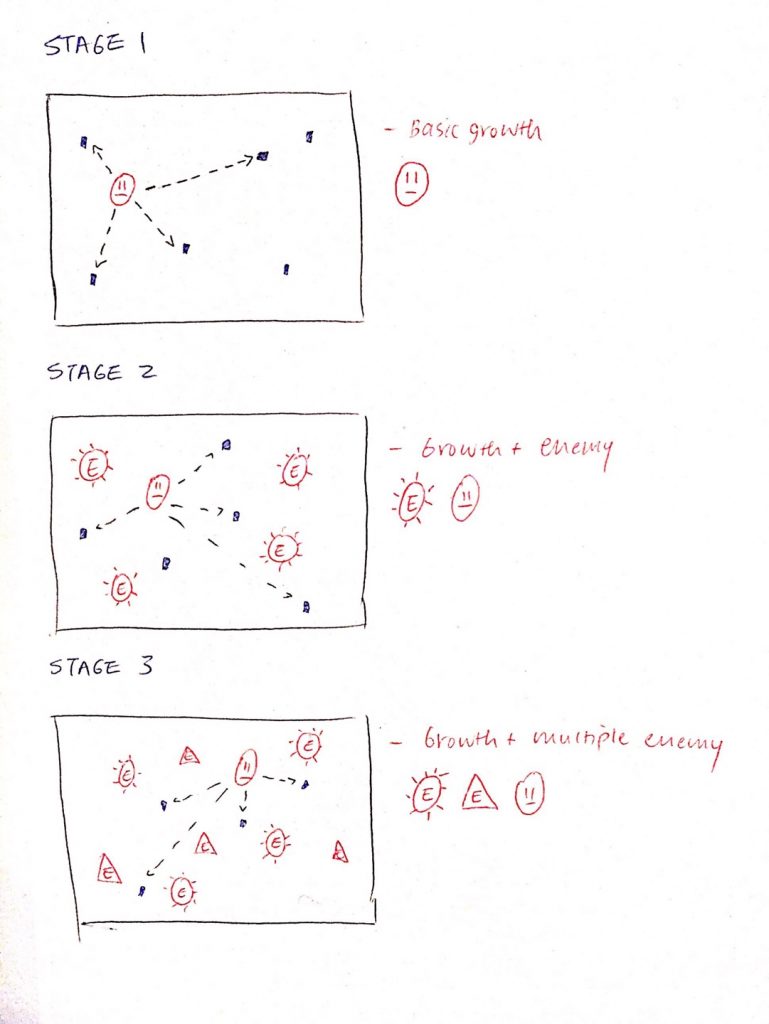 For the final Project, I will be collaborating with Sharon Lee from section E. Together, we will be using p5js to create a Pac-man inspired interactive game which will be divided into 3 stages. The basic components of the game include a main character in which users are able to control with keys, enemies of the main character, and the “foods” the character feeds on to either get larger or smaller. From stage 1 to 3, the stages get harder with more frequencies of “enemies” appearing on the screen.  In order to progress to the next stage, the users need to reach certain points. Users gain points by the number of enemies they defeat..? We are still working on the structure of the game, but I hope this give a general idea of what our game will be like. In terms of diving up workload, we will be working together to create the basic structure of the program. Sharon will focus on the visual materials, and code stage 1 (moving the characters and imbedding the animation). I will follow up with her code and add 2 more stages to the code. I will add attraction and repel code to the characters and the enemies.