For this project, I decided to use an image of my friend sitting in a trash can. 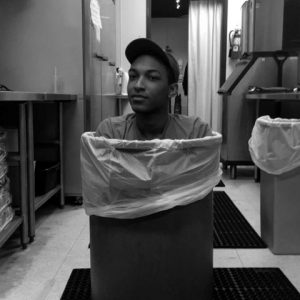 I started with a similar approach as the sample code, using rectangles at random widths and heights of the color of the background image. I decided that I wanted to display the image using the mouseDragged function, but was concerned with the issue that it would take too long for the image to appear if I had it load rectangle by rectangle. In order to combat this, I decided to load the image in the form of rows. I had issues at first with my rectangle rows all being the same color as the pixel loaded at mouseX, mouseY, but I was able to resolve this by updating the color as mouseX and mouseY updated. 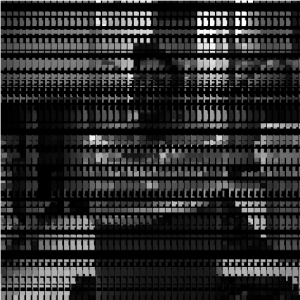 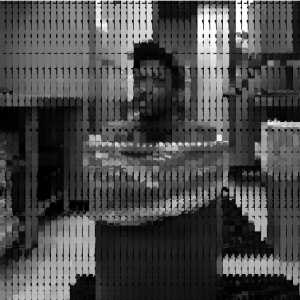