It took me ages to come up with an idea for this. I really didn’t want to do something that looked like an actual clock that had hands or increasing bars or whatnot, so I opted for the “digital” route…

Essentially, it’s game day and we have our blimp here making his 1 minute rounds. The score for team 1 (HOME) increases by 1 point every minute. And our lovely fangirl has her eye on a different player every hour.

Coding this wasn’t all too difficult, just really time consuming and somewhat tedious because of all the shapes. It was pretty entertaining though 🙂 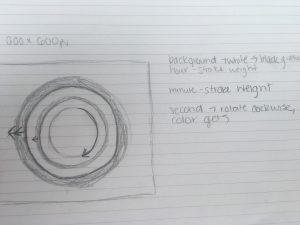 Based on the current hour and minute, this program displays the top 60 hit songs between 1992 and 2015.

As the hours and minutes build up, the canvas fills with boxes and lines. Each day is a fresh start on a clean slate. Each hour starts out less clattered than towards its close.

The seconds are marked by a ball which was supposed to bounce off the sides evoking the ‘tick-tock’ associated with clocks. However, the reverse direction did not work out. In a way, the single direction is better because each second is fresh, not recycled.

The hours relate to the minutes in that one can tell the hour and minute by just looking at the hour indicator. The same with the minutes and seconds. And ofcourse one can tell the night hours from the day hours – a feature that is perhaps only useful in casinos where one never sees the sky.

The aesthetic of this clock was inspired by an exhibit by Martin Messier, which I had the chance to experience at Pittsburgh’s Wood Street Galleries over the summer. I wanted to explore creating a visual drama through the activation of a single line. I used randomness to generate “noise” in the line to give a sense of constant movement, time passing. The “bands” that form within the line change every second and are a 6-bit binary representation of the second count, from 0 to 59; the bands with the larger amplitude represent 1’s, while the bands with the smaller amplitude represent 0’s. The minute is complete when the line returns to flat, then the binary counting begins again. The minute is represented by the rotation of the line and the ball at the end, while the hour is represented by the grey-scale tone change throughout the 24-hour period–white at 00:00, black at 23:00.

for this I just tied to incorporate the functions we were using to make the clock assignment to make shires that orbit and grow depending on the time. Here is the sketch. 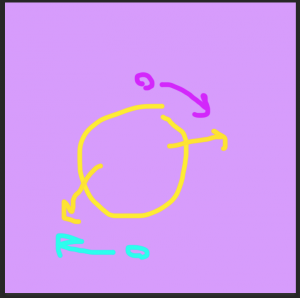 For this week’s project, I wanted to create my abstract clock incorporating the moon and the sun. I wanted to use the time of day to correspond with having either the moon or the sun being in the sky. And with this, I wanted the sky to reflect the position of the sun by changing color. I then decided to add in mountains to make a landscape. This all represents time of day using the hour() function. To represent minutes, I added in a translucent cloud, that takes a minute to cross the screen. To represent seconds, I added in a shooting star, that takes a second to cross the screen. Below is my sketch for my project idea. 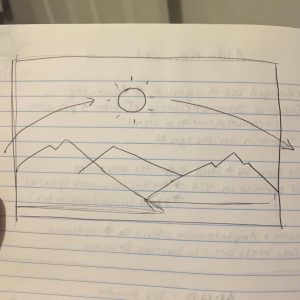 When I learned that the project for this week was an abstract clock, one of the first ideas I had was to create an hourglass like representation of time using a cup of coffee. I personally love coffee and really enjoy drinking it (it’s not even for the caffeine)! I thought it would be interesting to represent the start of the day as a full cup of coffee and to show that the end of the day occurred when there was no more coffee left (aka the entire cup is white).

As usual, I drew out a picture before starting my project in order to help visualize coordinates of the elements of my coffee cup clock but definitely improvised more than usual along the way.

There were a couple of things I wanted to accomplish with this project but could not figure out. First, I wanted the bars representing the seconds, minutes, and hours to fill up from the top and drain towards the bottom. Secondly, I tried to figure out a way to combine all three elements of a day (the seconds, minutes, and hours) into a singular element to create a more realistic hourglass-like clock, but I was unable to do it.

Nonetheless, I enjoyed this project a lot. 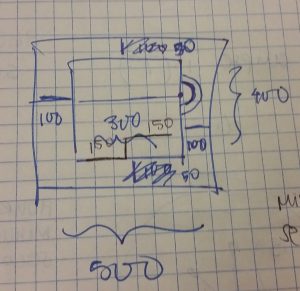 For this project (like my previous one) I was once again inspired by space. I decided to make a model based off of the rotation of the Earth around the sun and moon around the earth. Obviously the ratio of the velocity of the orbits aren’t similar to the real-life ratios, as this model is specifically meant to represent a typical hour/minute/second clock. The Earth represents the minutes, the moon represents the seconds, and the color changes of the sky represent the hours. I also printed the time (in numbers) on the sun to make it easier to understand how the movement of the ellipses and the changing color values correspond to the time.
I started with the sketch below. Initially I wanted to have stars pass in front of the sun like the zodiacs (there’s 12 zodiacs corresponding to each month, which works very nicely considering we use 12-hour clocks) but I realized they’d also either have to pass in front of or behind the Earth and moon (which felt weird) and it also meant I couldn’t include the time on the sun. So instead I decided to go with color changes to represent the hour, though I’d like to eventually figure out a way to make my original idea work. 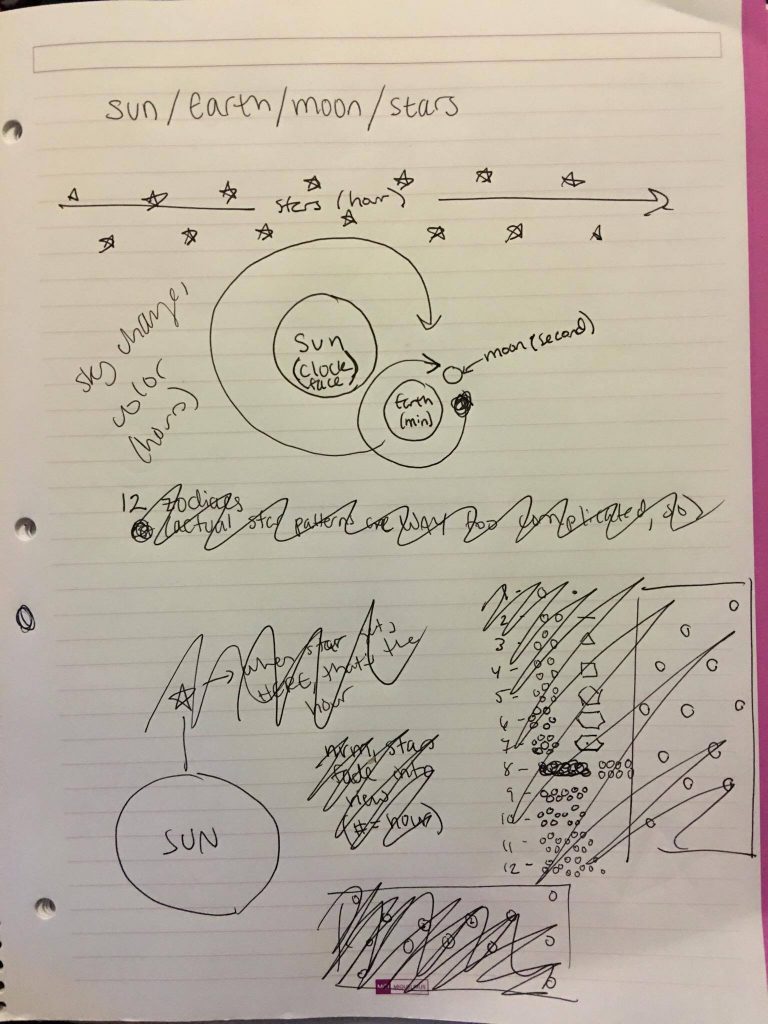