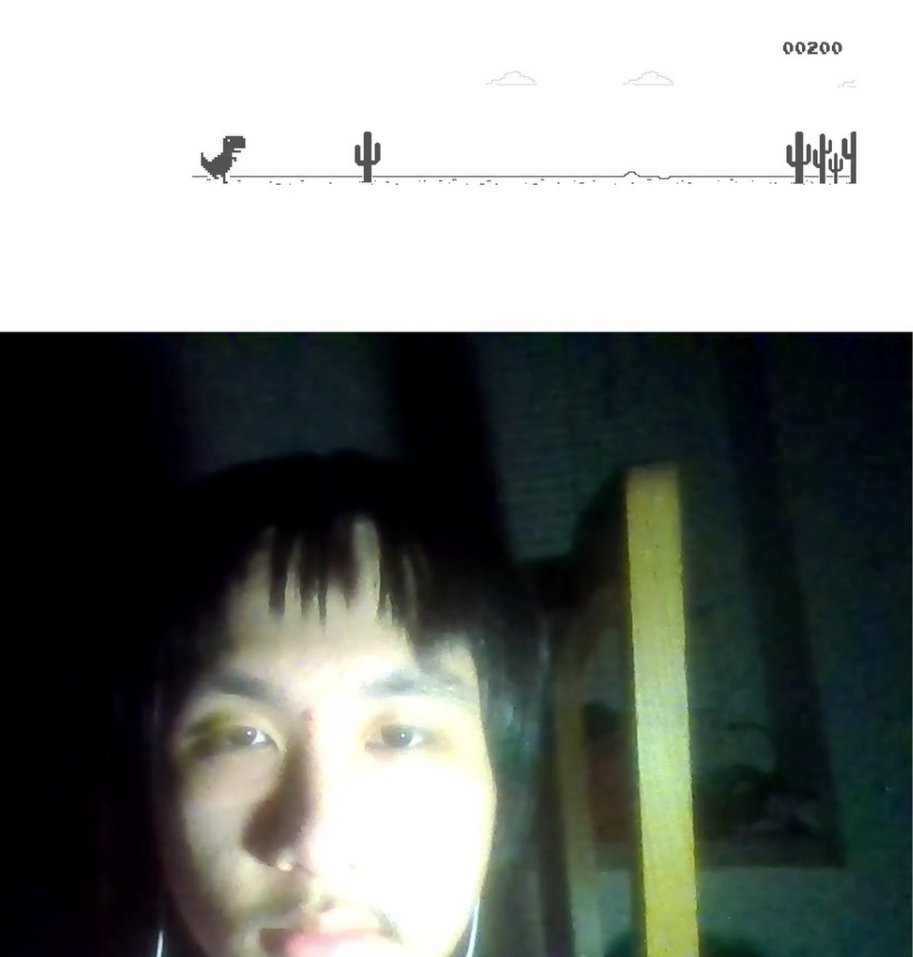 (Note: No sketches were created in the process of making this project)

Google Dino but play by blinking eyes. The purpose of this remake is to force the player to close their eyes in a game that requires actively looking at the screen. It also requires players with subconscious control over their eyes that are semi-automatic in daily life. By playing this version of Google Dino, players get the opportunity to exercise their eyes during a brief internet disconnection perhaps between long periods of staring at the screens. (Note: the program also has voice input to control dino’s ducking. However, I did not have the opportunity to test it.)
The improved blink detection is dynamically calibrated so that different devices can use it with little performance difference. The graphics are borrowed from a public repository (with slight modifications) to closely resemble the original version of Google Dino.