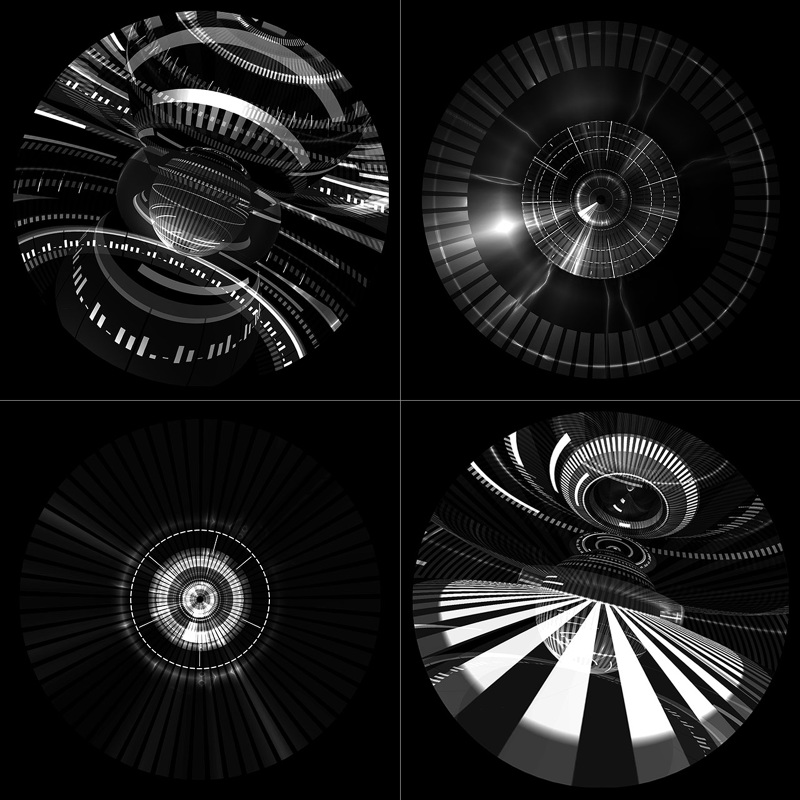 This is an excerpt, Prudence associates with his Cyclotone project.

“By gyro-static action, The Machine is transparent to successive intervals of time. It does not endure or ‘continue to be’, but rather conserves its contents outside of time, sheltered from all phenomena. The Machine’s immobility in Time is directly proportional to the rate of rotation of its gyro stats in space.”

–From How to Construct a Time Machine, Alfred Jarry.

Paul Prudence is a live-cinema artist, well versed in the area of time-based geometric narratives, and audiovisuals. Many of his projects, including ‘Cyclotone’ explore very abstract avenues to combine sound, space, and form in an interesting fashion. He is inspired heavily by constructivist minded artists, particle accelerators, and four-dimensional place. His project embodies his artistic sensibility, and a clear connection can be seen between what inspires him, and his artwork.

I really admire the project, because of the intersection between sound and space in the project. It is quite compelling, despite being a 2D representation on a screen. Much of my admiration comes from be being in awe what he could create, it is extremely satisfying to watch. Even the still images successfully suggest motion. Prudence produces a mesmerizing, floor-to-ceiling sensation by cross-wiring electroacoustic sound design and conceptual video material.

MARVEL!!!! View all posts by Emmanuel