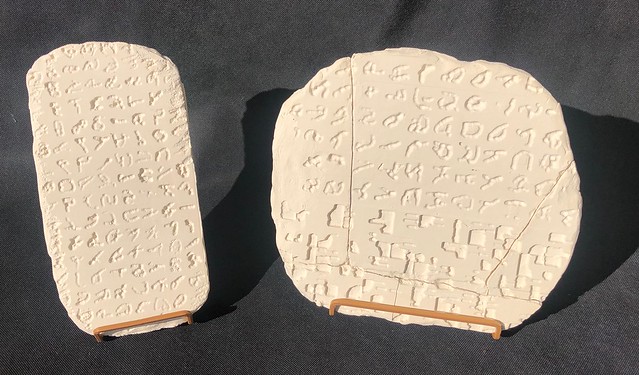 This project is incredible to me because it explores a really interesting approach to the intersection between technology and language. The idea of having two algorithms compete, edit and change a set of glyphs in the generation of a completely new character system is almost a corny replica of the change of language through time. The most interesting part to me is that I might not even be able to recognize the difference between the text shown above and a legitimate ancient script. The idea of constructing a digital space where two systems compete is incredibly interesting to me, it almost becomes a space of linguistic evolution and collaboration– that in the end relies on a human to ascribe meaning to it with the original data that’s given to them. This was not the only project that caught my eye that had to do with typography or language, these two projects [1, 2] very differently approached type/scripts/visual formats of language. Some of these projects used ML to map typefaces across a space, similar to the sound map project we looked at yesterday in lecture. Some other ones deliberately explore human created glyph systems (like A Book from the Sky by Xu Bing in this project).

Unrelated, but this  is a gorgeous project.