I decided to create a work to (sort of) recollect my experience from 2017 to 2020 when I was staring at my postcard holder that I used to collect all sorts of ephemera and pieces of printed matter over the last few years. I couldn’t recall the exact reason why I started to collect these things but I ended up with this postcard holder being all filled up (and even it weighs a lot, it was one of the first things that I decided to carry along with me when I moved from New York to Pittsburgh this Summer).

I was thinking about how this habit of collecting ephemera tracked the passing time and what I could reflect upon them, so I created this set of four AR sculptures using images from printed tickets I collected as tracking image sites. Each sculpture represents one of the four years and is made up of two parts: a 3D model of a roll of film using photos I’ve taken in that year as texture, covered by an orb with some text I wrote down when I was looking through the photos.

Besides learning about how to do augmented image and image tracking, figuring out how to show transparent background video in Unity was also a great learning experience (although it took a while…). I first recorded my writing in Procreate and then edit out the background with chroma key in Premiere, and finally imported into Unity as video texture with alpha channel. I also embedded sounds in the videos. The sounds are extracted from other videos I took in that year.

I kept the movement of the sculpture pretty minimal and focus on the composition of the scene, including the tickets that I used as trackers. Although the tickets have more specific dates other than the years (and they are actually all from MoMA), I focused on the years only.

As for why MoMA tickets… I actually don’t have a specific reason other than the quantity (ended up having 14 like why) and the quality of the images they used are good for being trackers. 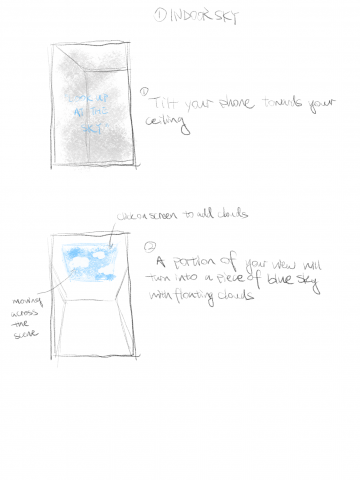 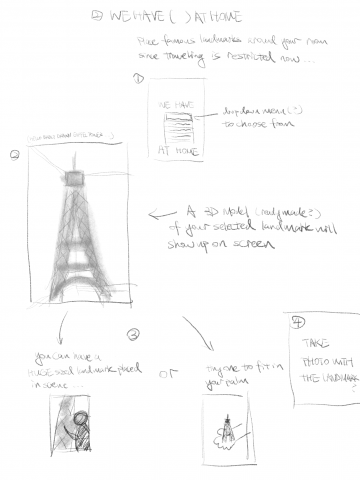 I used utensil models and low poly grass model from turbosquid, and combined them with the hemisphere landscape I created in Rhino. For the lower half of the ground I used texture from texturehaven, and the rest of the models with unity’s own materials (and ended up editing around the diffusion light for the materials). 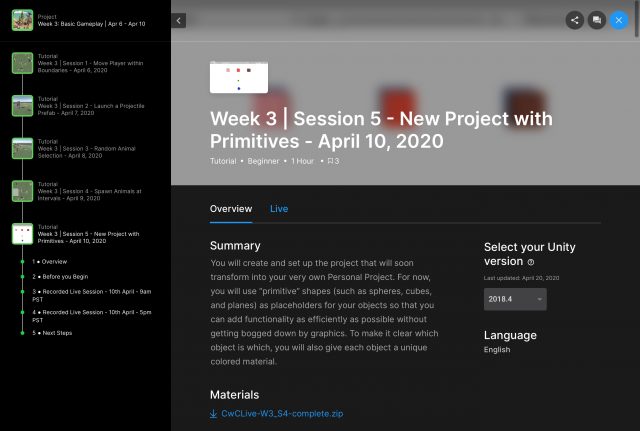 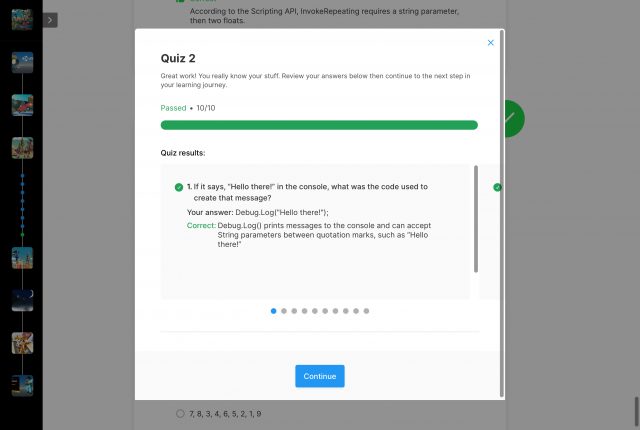 This is a VR music video created by artist Jesse Kanda for the Icelandic singer Björk’s 8th album Vulnicura. This unsettling video was created by shooting from inside from a four-foot replica of the singer’s mouth with 12 360 cameras. The artist aimed to create an intimate yet disturbing image goes well with the theme of the music. The artist also explained about the reason behind choosing the human body as the presented image in this interview: “I genuinely think the human body is gorgeous and beautiful and there’s so many mysteries and things you can tie it with emotionally and psychologically”.

To me it’s extremely interesting that for most of the time VR seems to be related to world building or creating external environments, but for this music video the exploration was for looking inwards. The way of presenting the image through 360 video is also intriguing, almost as if you are observing both someone else’s body but also being constantly reminds of yourself’s.

(Another video that’s from the same album collaborating with Autodesk, and some other artworks from the artist’s collaboration with Arca)

I got through most of the parts (up until training). 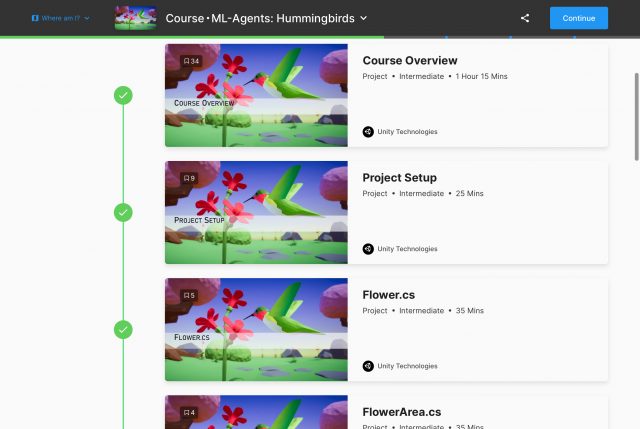 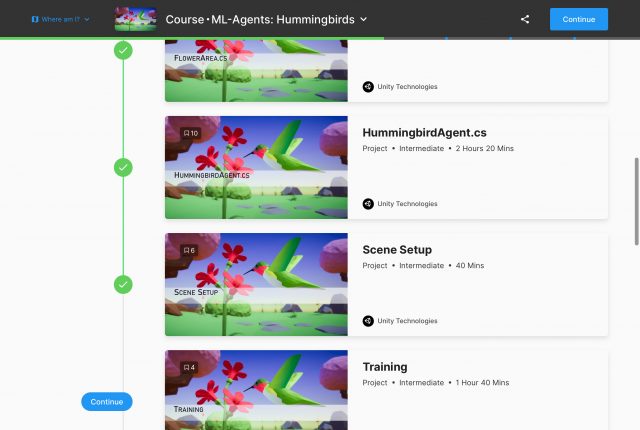 Some of the training processes and outcomes: 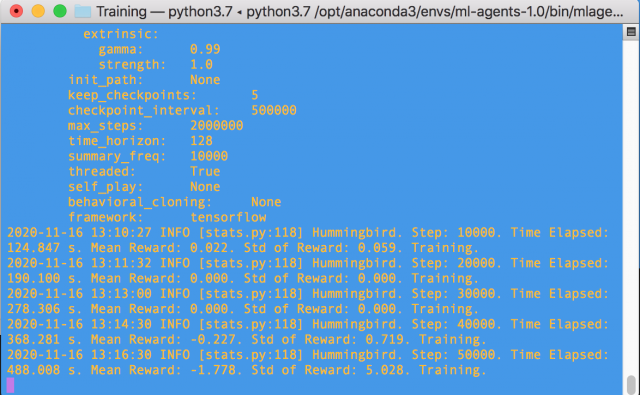 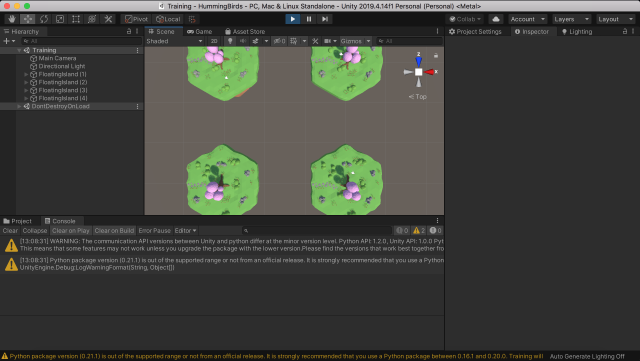 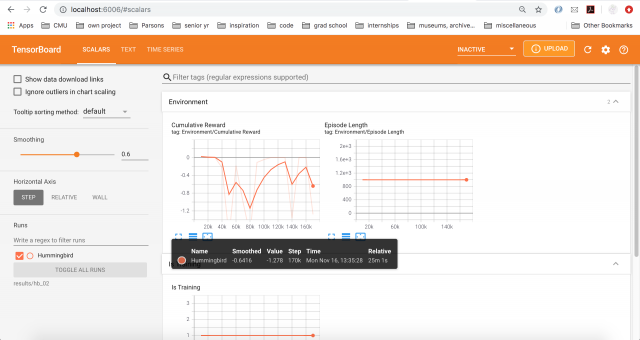 My laptop was lagging quite significantly while training

I trained the model with my phone displaying the two colors, and the result also worked for real life objects. I also tried to test with intermediary colors within blue and yellow but that didn’t work well (might be influenced by phone screen reflection).

It’s been a while. I think it was after we had done some field work. That’s when he turned up, looking for the hedgehog that he had hoped would be the first and only wildlife encounter of my summer. “I have a weakness for animal – shaped cereal and do you mind if I eat my breakfast in your garden, my love?” he asked me after a hard morning of plant identification. What followed was a series of photographs of an edible plant and two field notes about various indigestible insects. We sat quietly for a while,

Favorite parts: “I have a weakness for animal – shaped cereal” and “indigestible insects”.

Why are Sundays so depressing? There’s no hope for me. At this rate, I’ll never be done with this book. I had an idea the other day for a story, and then I started plotting and realised that that particular idea was a year old and I still didn’t know what it was, what it meant, where it was going, who was in it. Not so good, no? At least I got a few plot lines down. Also I felt miserable today for no particular reason. I realised, after my mission in 1997, that Sundays were the worst days of the week for me. So long

Seems like the train of thoughts of an anxious novelist. I like the “mission in 1997” part. Could be the start of a short story or something.

Do you think there is life on Mars? If so, have they found any evidence? Email your thoughts to AskAlaskan@wamc.org.

Do you think there is life on Mars? I don’t know. I have not gone there. I don’t know about life. I only think it is a very harsh environment. With the arrival of Narendra Modi in 2014, you were made a cabinet minister in the Narendra Modi cabinet. A lot of good things have happened in the country. I have come to understand that we were in wrong direction. Things will be different now. We will give good governance. Your ally Shiv Sena was a critic of Modi in 2014 election. Did you think he would come back to power in 2019?

I continued the question form and couldn’t decide which output was better. Love how the first one was short but funny enough. The second one had a very interesting development and suddenly went political unexpectedly.

I enjoyed playing around with the different gene categories in the general model. The results are quite unexpected and it’s fascinating to see that the influence of each gene is not entirely evenly distributed.

Besides the general model, I also tried the portraits model. I got these interesting results when I kept all other genes the same but only adjusted the ethnicity values from one end to another.