For my AR project, I have a few ideas that are just humorous and light-hearted:

Idea #1: Is there bubblegum stuck to your shoe, or is the shoe stuck to the bubblegum? 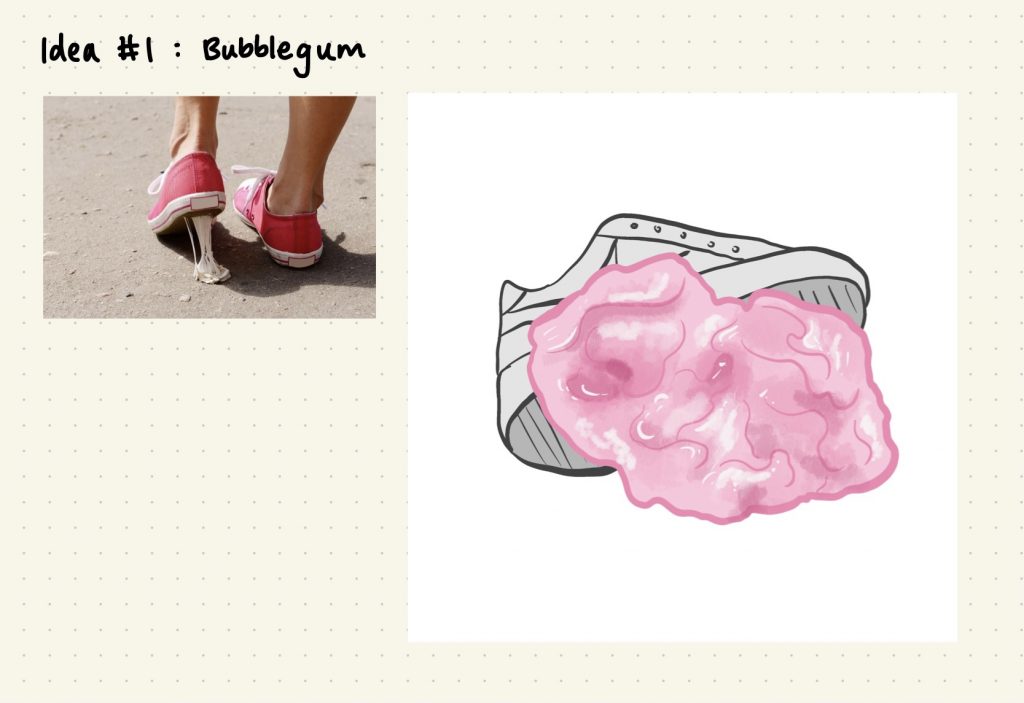 Idea #2: Help! I think there’s a monster haunting me! 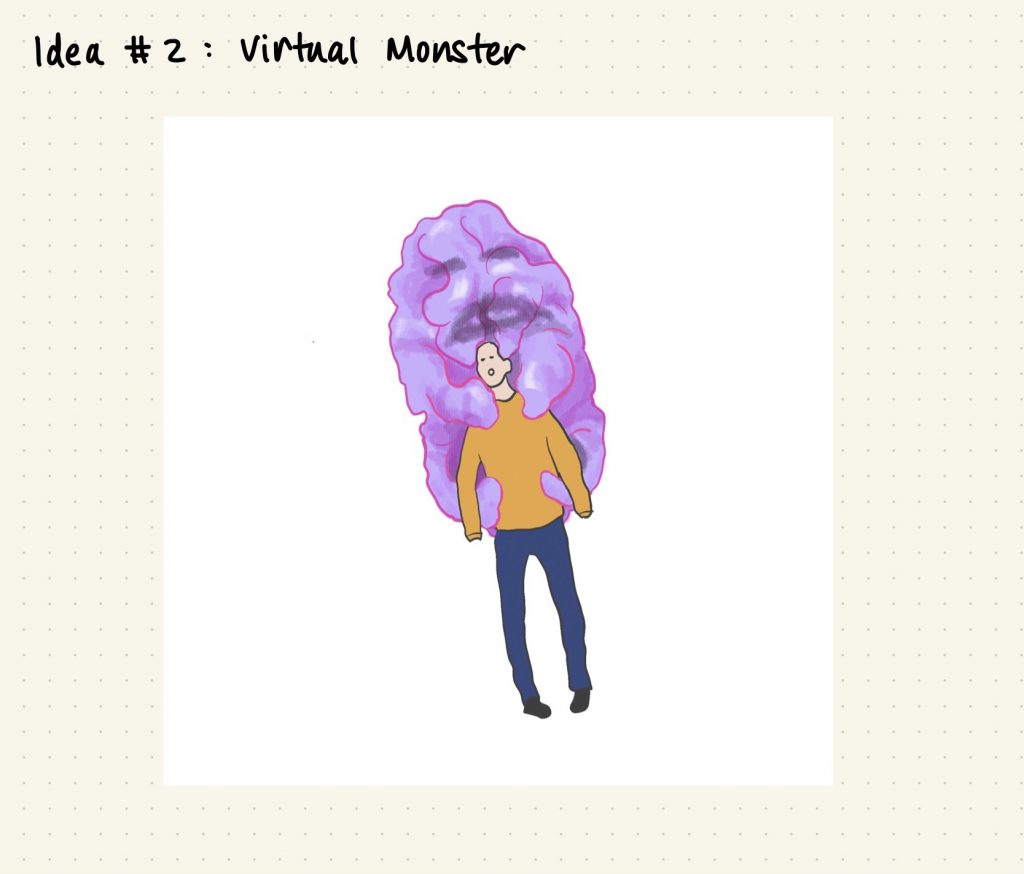 Sketches: I tried using just a line to sketch my ideas, but it just didn’t work out since my sculpture ideas are all organic shapes